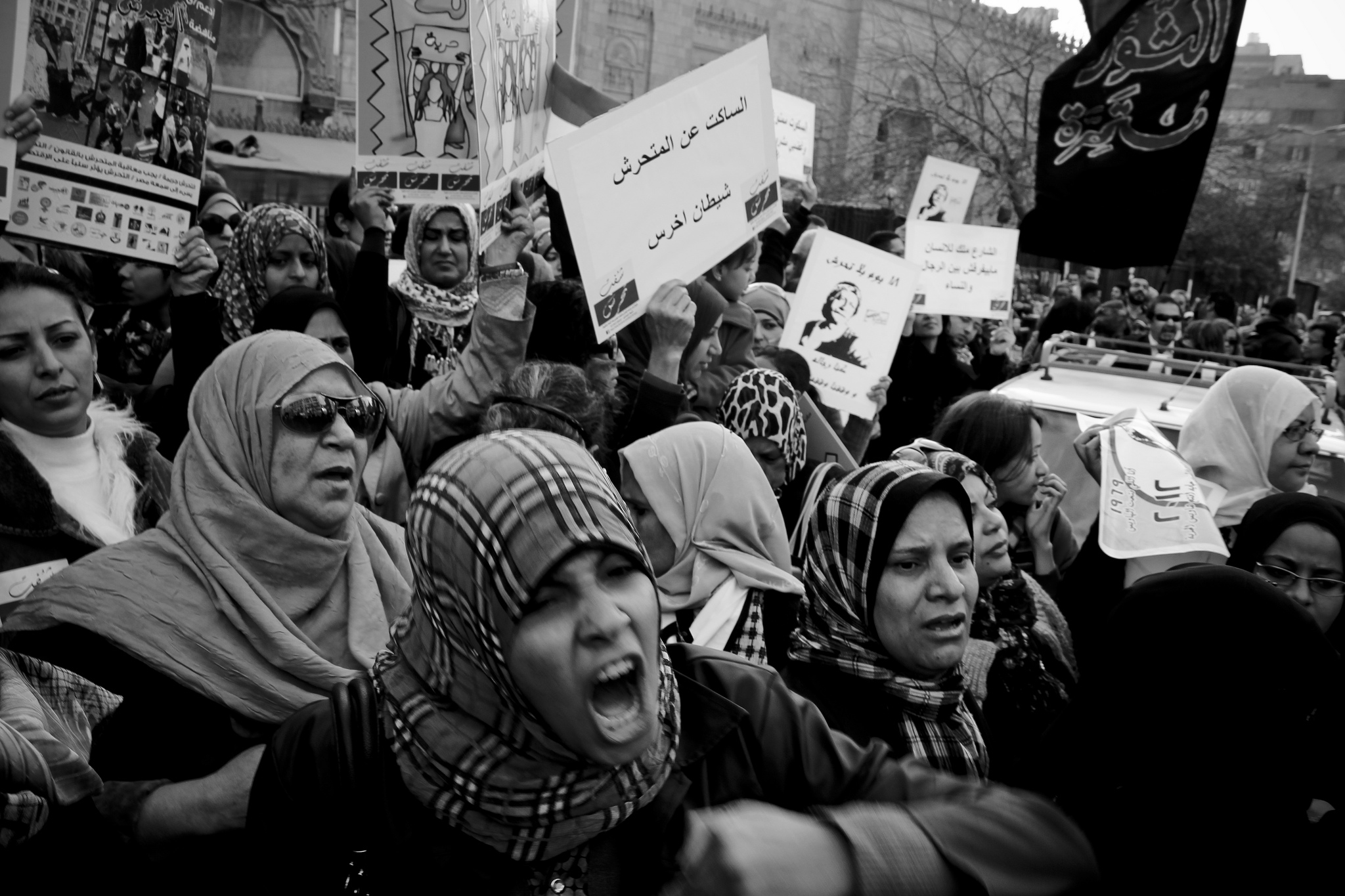 In the wake of the International Women’s Day it is interesting to ask ourselves the question: what has the feminism we know today come to be and who does it include?

Western feminist discourse about so-called ‘Third World’ countries often risks producing an image of women as oppressed, fixed objects. Colonialism has created systemic oppression that goes beyond material consequences and extends into more theoretical discourse and rhetoric. In academia, the key consequence of colonialism has taken the form of theorizing the “other” in essentialist terms that reiterate their inferiority and marginalization.

By attempting to create a ‘Global feminism’ and ‘Global Sisterhood’, Western academia actually reiterates the very oppressive structures it claims to be fighting against. Chandra Talpade Mohanty argues that the “Third World Woman” has come to be understood as a monolithic object, with all members sharing similar interests, needs, and experiences. As a result “a homogenous notion of the oppression as a group is assumed, which, in turn, produces the image of ‘an average’ third world woman.” [1] Western women portray themselves as educated and in control of their own bodies, which, in their view, gives them the legitimate right to study their subaltern ‘sister.’

The mainstream feminist discourse on Muslim women and veils, for example, reiterates the dichotomy of “male as oppressors” and “women as victims” because of the Western assumption that their struggles are universal. Western discourse, therefore, objectifies Third World Women, portraying them as victims of male oppression and violence, as universally dependent, and as “characterized by their victim status,” where sex as opposed to race or class become the main unit of analysis. [2] This is what Mohanty refers to as ‘discursive colonialism.’

Similarly to Mohanty’s description of the objectification and victimization of women, Frantz Fanon argues that the discourse over the wearing of the veil in Muslim societies portrays women as continually subordinated to men and in need of saving by the Western man. For Fanon, the colonial administration used the image of the veil as a tool of oppression to become the ‘liberator,’ as opposed to the colonizer, by unveiling Algeria. In fact, Fanon argues that with every veil that fell, “Algeria was beginning to deny herself and was accepting the rape of the colonizer.” [3] Colonization of the mind and body was thus concealed by the White saviour complex of the French administration, which not only placed women as subordinated objects but also helped build the stereotypical image of the Arab man as fanatical and authoritarian. In the same way, the Western debate about how women need to be liberated from the veil reiterate this White saviour complex. Without even taking a stance on the veil debate, it can be argued that whether or not it is an oppressive and subjugating tool of patriarchy is not up to Western feminists to decide. Any form of liberation must come from the people who live with its realities.

As Lila Abu-Lughod argues, “one cannot reduce the diverse situations and attitudes of millions of Muslim women to a single item of clothing.”[4] For some the veil is about religious dedication, about cultural identity, about a feminist and liberating deed, or about challenging Western values. [5] In the same way, ideas of justice and equality in feminist discourse can have different meanings resulting from different historical circumstances.

The homogenization of Third World Women has worked to erase individual histories and to instead impose a vision of feminism as universally seeking equal rights and opportunities to men. These discourses are based on a Western-centric understanding of the separation between state and religion, liberation and physical appearances. In emphasizing such values above all else, these conceptions deny agency to Third World Women who may not have the same goals or lived experiences as what is considered mainstream feminism, as defined by predominantly White Western women. By attempting to universally apply Western feminism and include the issues of Third World Women, Western academia actually creates a depoliticized, ahistorical, universally subordinated object.

Although an often overlooked fact, no scholarship or discourse can exist in isolation from power. In fact, both academic and social discourses arise in the context of privilege. With this in mind, the two main solutions to discursive colonialism involve “decolonizing” thought processes and “unlearning” privilege and acquired knowledge.

Mohanty argues that we can work toward decolonization discourse is through critically examining a woman’s place within each social sphere: family, religion, legal systems, and education. [6] That means we should move beyond the essentialist terms that obscure differences within groups, like “Muslim woman,” and critically examine power relations within these groups. Mohanty uses the example of veiling in Iran where “Iranian middle-class women veiled themselves during the 1979 revolution to indicate solidarity with their veiled working-class sisters, while in contemporary Iran, mandatory Islamic laws dictate that all Iranian women wear veils.” [7] While the former is the result of colonization and opposition to the Shah, the latter is the result of Islamization of Iranian women. The nuances between these two events would likely be missed by Western academia as homogenization offers little insight into the real lived experiences of ‘Third World Women.’

Standpoint epistemology is a potential approach to unlearning privilege. According to this approach, belonging to a minority group can be considered an advantage in the sense that it gives one certain epistemological knowledge. More specifically, “different social facts (such as gender, age, and sexuality) that mutually constitute an individual’s social location are causally relevant for the experiences she will have.” [8] These experiences will, in turn, determine one’s cultural identity. Because of these unique experiences, certain identities offer better perspectives in understanding specific social facts and power relations. Standpoint epistemology, therefore, considers non-Western discourse to be analytically superior to those who speak without first-hand experience of the lived realities that they speak of.

Further exploring a possible solution to the faults of Western feminism, Audre Lorde calls for non-Western women to detach themselves from “the colonizer’s tools” by refuting the narrative produced by the dominant West. [9] She argues that by remaining engrained in the dominant – and often ignorant – narrative, women will continue to subject themselves to domination. Western academics have failed grossly in assigning their own agenda and imposing the idea of “sameness” in oppression to their Third World counterparts rather than recognizing and appreciating differences. This would involve, for example, departing from the Western-centric methodology of quantitative analysis and peer-review, which excludes and renders alternative ways of knowing illegitimate. This forces them to design their claims and research to fit a model that excludes the ‘Third World’ from entering the space of legitimacy and respectability.

Ultimately the idea that one single feminist movement or theory can overcome global oppression to empower all women is thus deeply flawed because it fails to account for differences in location – both in terms of social positioning in one’s society as well as in the global system. This creates deeper oppressions, ones of the mind, that are sustained through discourse and the representation of the “other.” To depart from this form of colonialism, we need to deconstruct these claims, challenge these social positionings, and think against the grain to reject established hegemonic frameworks. [10]

[9] Moya, Paula. “postmodernism,  ‘realism,’ and the politics of identity,” (University of California