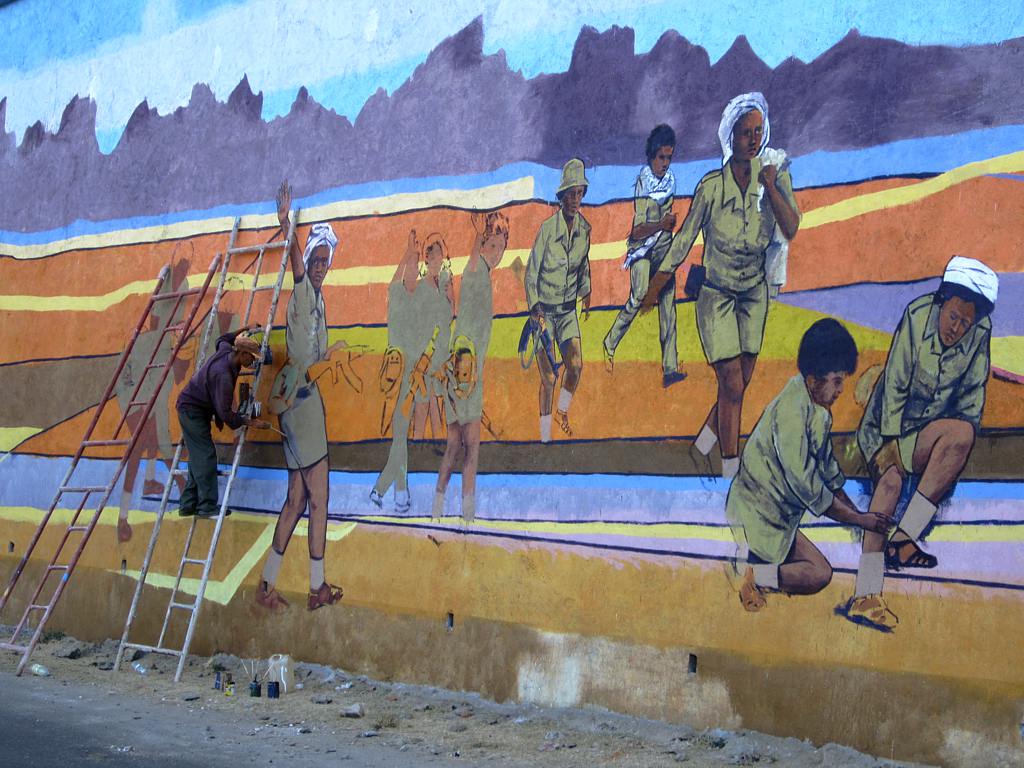 On July 8th, 2018, the world saw a monumental push for peace as Eritrean President Isaias Afwerki and Ethiopian Prime Minister Abiy Ahmed signed the Joint Declaration of Peace and Friendship between their two countries. This treaty, however, was more than just a reconciliation between two bordering countries. Rather, it concluded two years of war and eighteen years of border clashes, which had together resulted in over 398,965 deaths.

This conflict stemmed from two sources: firstly, historical tensions between Eritrea and Ethiopia (as Eritrea fought a 30 year war of independence from Ethiopia that only concluded in 1993), and secondly, border disputes as land determined to be Eritrean by the Algiers Agreement remained occupied by Ethiopia well into 2017.

The Joint Declaration of Peace has most recently come into effect in conjecture with the Sudanese conflict. Meeting in South Sudan earlier this month, Prime Minister Abiy Ahmed and President Isaias Afwerki worked to maintain a 2018 deal to promote peace in South Sudan, where both Ethiopia and Eritrea have deployed troops. Yemane Meskel, the Eritrean Information Minister, stated that “the separate Reconciliation Agreements […] spell out frameworks for both [Eritrean and Ethiopian] movements to pursue their political objectives through peaceful means”, indicating an increasing normalization of relations between the two nations.

So with such peace, why is there an issue at hand? The normalization of relations between Eritrea and Ethiopia creates an implicit acceptance of Eritrean domestic actions.

Experts from the United Nations have determined that human rights violations in Eritrea have not declined since the 2018 peace talks. Eritrea has long embodied a totalitarian state, in which arbitrary detention and cases of torture, rape, and extrajudicial killings are commonplace according to UN reports. One of the most pressing issues as such is the Eritrean mandatory conscription program which forces many unwilling Eritreans into military service. Refugees who escaped after being conscripted have described it as akin to slavery, with 72-hour work weeks for as long as 20 years of service.

Many assumed that with decreased tensions with Ethiopia, the nation would deescalate their conscription program as they would have less of a need for border enforcement. However, statements from the Eritrean Minister for Labour and Human Welfare, Luul Gebreab, have indicated that this will not be the case, arguing that the economic ramifications of demobilization would impair the nation’s growth.

Thus, the problem United Nations mediators face is how to link prolonged Eritrean-Ethiopian peace with an alleviation of human rights violations. In the case of Eritrea, UN Deputy High Commissioner for Human Rights, Kate Gilmore, has indicated that, as Eritrea only gained independence from Ethiopia in 1991, the government has not implemented urgently needed judicial, constitutional and economic reforms.

While the current stagnation is disheartening, Ethiopia has demonstrated itself to be a positive model of how peace can proliferate human rights. According to Human Rights Watch, “the human rights landscape transformed in 2018 after Ethiopia and Eritrea resolved a decades-long stalemate, signed a peace agreement and agreed to implement the 2002 international boundary commission decision.” Such a transformation has been witnessed through the government lifting a state of emergency decree, the freeing of previously imprisoned journalists and key opposition figures to the Ethiopian government, and the reversing of Internet censorship.

This is not to say that Ethiopia has completely corrected itself in every form of human rights (for example, bride kidnapping is still rather commonplace and goes unaddressed by the Ahmed government). However, there are logical ties between external stability and a relaxation of government tensions regarding opposition figures, freedom of press, and quality of life.

The Eritrean Ambassador to the UN  Human Rights Council, Tesfamicael Gerahtu, has justified the status quo in Eritrea by claiming that the nation has had to adopt these harsh  measures to survive the last 20 years of conflict. While the ambassador’s dismissal of human rights violation claims is concerning, his argument that the current status quo is only a product of instability with Ethiopia gives hope that a restructuring of Eritrean civil society will occur. But as rights development has been stagnant for over a year thus far, trust in the Afwerki regime to beget change is waning.

Thus, two recourses are possible: either overturning of the stagnant Afwerki regime or more external pressure to change. A renewed sense of pressure should be placed on Eritrea from international bodies. Upon the conclusion of the initial peace talks in 2018, a Special Rapporteur was appointed to oversee the development of benchmarks for progress on human rights. However, as Human Rights Watch has noted, the term in which this special rapporteur is working is rather brief,  leaving Eritrea with the absence of long term mediation.

Thus, more longstanding systems that affirm a commitment to overseeing change must be implemented. Human rights violations in Eritrea are long-standing and systemic: we must recognize that they are deep wounds, not bandaid issues.