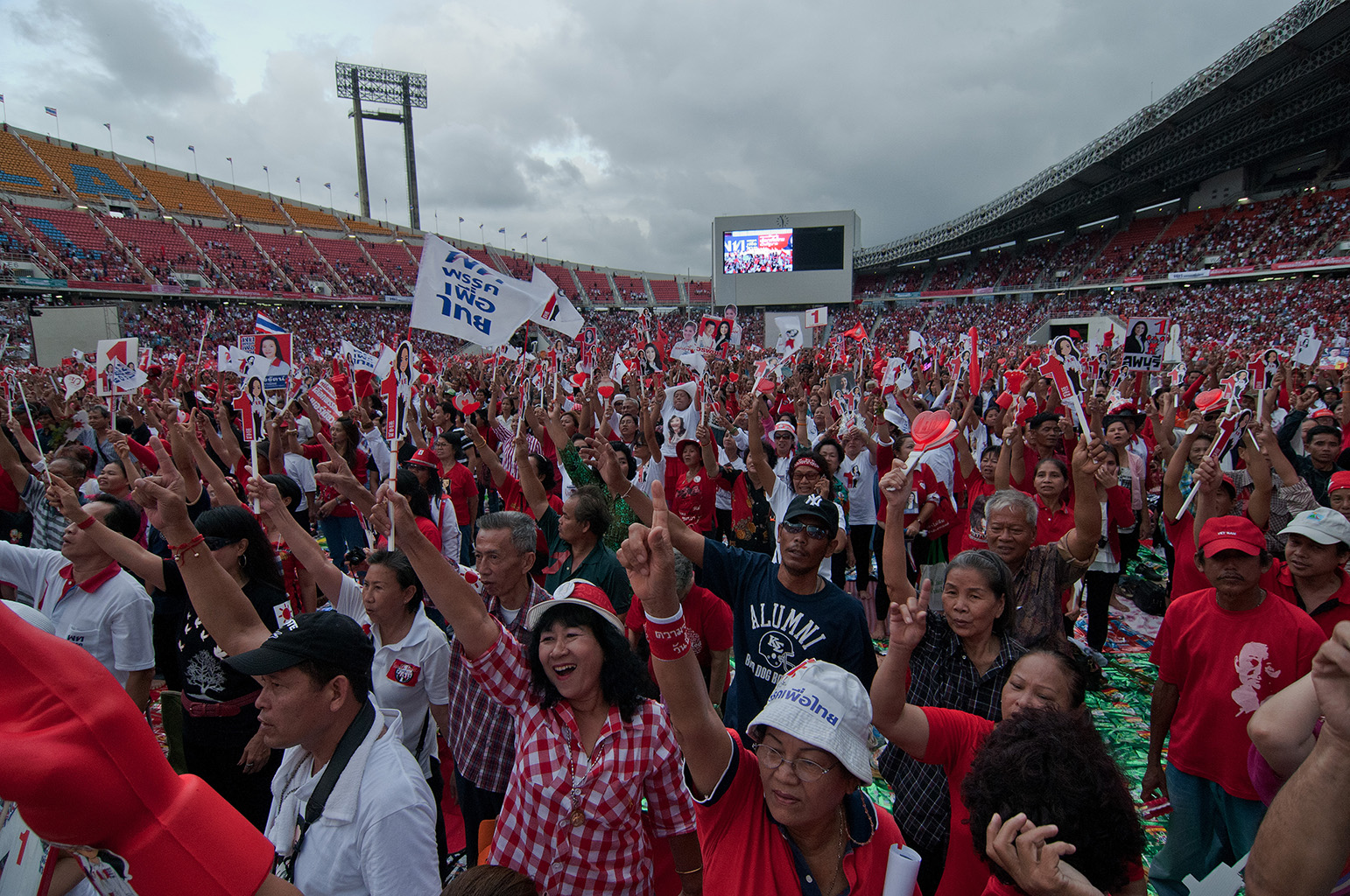 Confusion and allegations of irregularities have followed last Sunday’s elections in Thailand as the military-appointed Election Commission has repeatedly delayed the announcement of results for unexplained reasons. In some provinces, the number of ballots cast far exceeded the voter turnout, which officials have dismissed as cases of “human error.” Other instances, such as ballot boxes reportedly being removed from local offices and a blackout during the vote counting, have caused people to further question the legitimacy of this election. In the aftermath, the hashtag #RiggedElection has been trending on Thai Twitter, while a petition to dissolve the Election Commission gained 700,000 signatures by Tuesday.

Both the pro-military Palang Pracharat Party (PPRP) and the pro-democracy Thaksin-allied Pheu Thai have claimed the right to lead the next government. Though the early results put the PPRP in the lead in terms of their share of the popular vote, Pheu Thai won the most seats overall with 137. In contrast, the PPRP, led by incumbent General Prayut Chan-o-cha, won 97 seats. The Bhum Jai Thai Party, which, for now, is neither aligned with the pro-military nor the pro-Thaksin camp, won 39 seats. Winning only 33 seats, the Democrat Party saw its leader former Prime Minister Abhisit Vejjajiva step down. Future Forward, a new progressive party, won 30 seats while the remaining 14 seats are held by smaller parties.

Who will win the election and subsequently lead the country still remains unclear given Thailand’s complex parliamentary system. Of the 500 seats that make up the lower house, the 350 “constituency seats” that have been announced by the Electoral Commission are determined by a first-past-the-post system. The remaining 150 “party seats” are allocated based on the share of votes that each party gets, and the calculation behind this is somewhat complicated. The total number of votes is divided by 500, making each seat in the lower house worth a certain number of votes. The 150 seats are then allocated to parties depending on their vote share. This essentially puts a cap on the number of seats a party can get. Large parties like Pheu Thai with a lot of constituency seats are at a disadvantage because they lose their share of party seats. However, the PPRP, which currently only has 97 seats but leads the popular vote, is likely to gain 15 to 25 more seats from this system.

Numbers are critical in this election. According to the 2017 constitution, written under the supervision of the military, the prime minister is chosen by a majority of legislators. For the pro-democratic coalition to select their preferred candidate, they need 376 seats out of 750, the total number of seats in Thailand’s two chambers. But for the PPRP, only 126 seats are needed for Prayut to pass the combined threshold and stay in power, because all 250 members of the upper house are appointed by the junta.

In a sense, the elections were already rigged from the start regardless of whether or not there was electoral fraud. The entire electoral system in Thailand heavily favours the military, especially due to its practically civilian-government-proof constitution.

However, the battle is not over yet for Thai politicians. Official results will only be announced on May 9th. Until then, parties will be bargaining among each other to form coalitions. The non-aligned Bhum Jai Thai party could be a pivotal factor in determining the new government. Both Pheu Thai and PPRP are competing to get the medium-sized party to join their coalition, which would increase their number of seats.

Pheu Thai will likely be able to count on the support of the new Future Forward Party (FFP). Progressive policies, effective social media campaigns, and the charisma of leader Thanathorn Juangroongruangkit made the FFP especially popular among youth and first-time voters. Many did not expect that a party formed only a year ago would finish 3rd in terms of popular vote. FFP is committed to its campaign goals, insisting on three conditions for joining a coalition.

The party wants to revise the constitution to make it more democratic, amend section 279 of the 2017 Charter which legitimises the leader of the junta, and push for military reform to prevent future coups.

Despite its many flaws, the election presents an eye-opening moment for Thai people. The influence of the military and its corrupt power have never been more evident, especially among young voters. The success of the FFP marks a turning point in Thai politics, which has been dominated by the same few parties and politicians over the last decades. Many believe that the FFP will continue to be an influential political force in the future.

Last Sunday’s election was also the first time that a pro-Thaksin party did not achieve a decisive victory since 2001. Perhaps the unintended consequence of the 2017 constitution is the breakdown of two-party politics, as medium-sized parties tend to benefit from the party seat proportional representation system. However, the PPRP’s large share of votes illustrates the divergence of views among Thai people, which will undoubtedly contribute to the instability of the next government. Far from being a return to democracy, these much anticipated elections have caused greater uncertainty about Thailand’s political future.