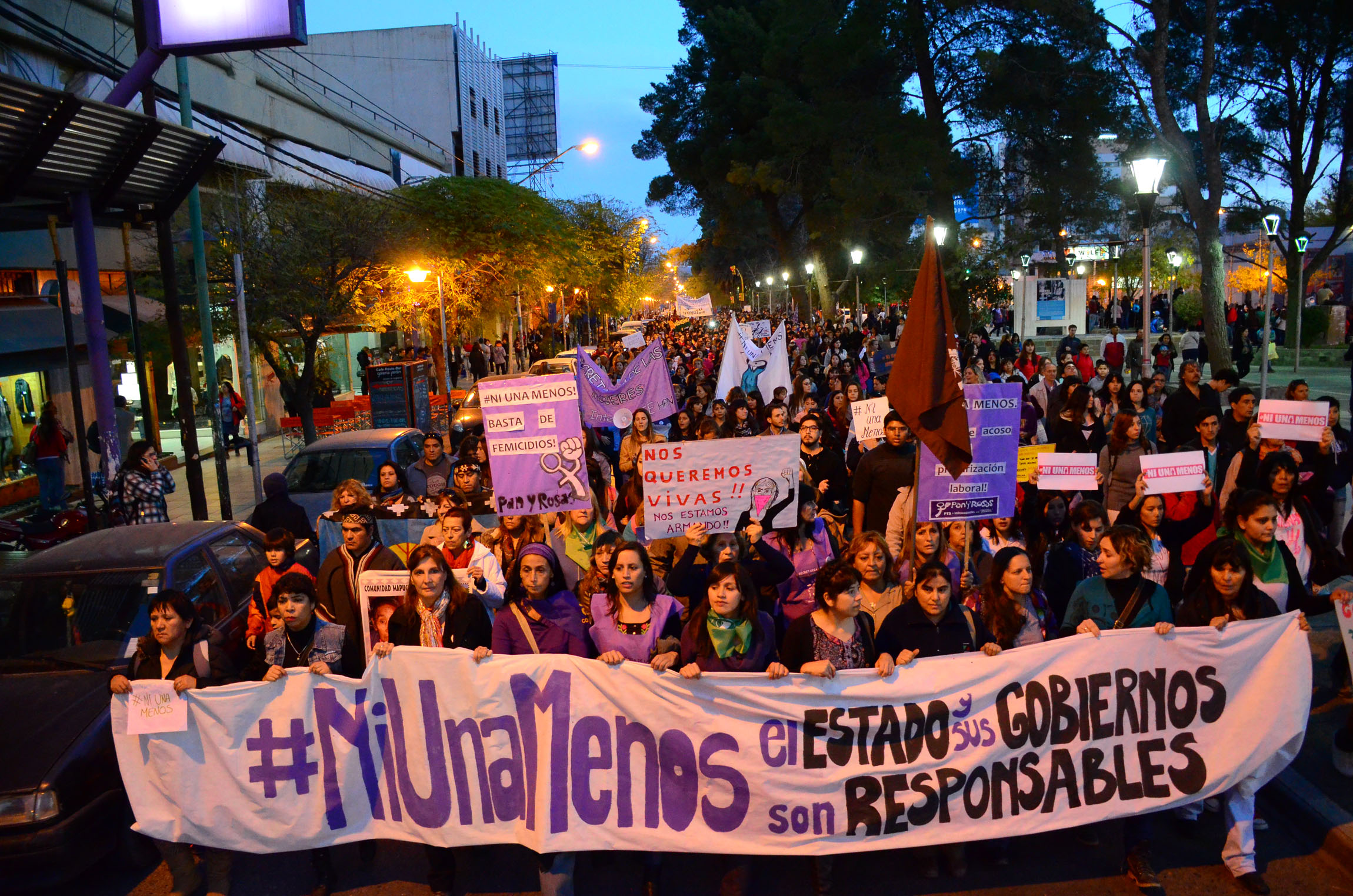 “Ni una mujer menos, ni una muerte más” (“Not one woman less, not one more death”), said Susana Chavez Castillo, the late Mexican poet and women’s rights activist, in response to the wave of murders and disappearances of women in Ciudad Juarez in the 1990s. She was killed in 2011 in the same city where she protested, reminding the country that the battle against femicide continues. According to UN Women, 14 out of 25 of the world’s highest femicide rates are found in Latin American countries, and in 2017 alone, 2,795 women were killed in the region. Gender-based violence is a pervasive issue inextricably linked to the glorification of extreme masculinity in Latin American society.

Chavez’s slogan has inspired women’s rights movements across Latin America, including the #NiUnaMenos campaigns, which denounce the injustices and inequalities that women face on a daily basis. The slogan has encouraged women from different ethnicities and social classes to take a stand protesting the failing institutional measures that should protect women’s rights as well as the normalization of machista culture that perpetuates violence against women in Latin American societies.

A Movement of Solidarity

The #NiUnaMenos  movement began on social media in 2015 in Argentina, after 14-year-old Chiara Paez was violently murdered by her boyfriend. She was one of at least 250 femicides that happen every year in Argentina, of which 82% are perpetrated by partners, ex-partners, or relatives.

A mass demonstration was called in front of the National Congress, where 200,000 protesters joined to pressure the government for an official registry of femicides, state measures to better protect women’s security, and stronger law enforcement in responding to gender-based violence, among other demands.

The movement spread to Peru in 2016. In 2015, Cindy Arlette Contreras was severely beaten by her then boyfriend, where the evidence was recorded in the hotel’s security cameras. The following year, her assailant was given a one year sentence, a decision that received backlash from the entire nation.

Women began sharing their stories of sexual and emotional abuse they had suffered both in their childhoods and as adults on social media, and a month later, gathered to lead the largest women’s rights demonstration in the country’s history. More than 50,000 participants stood in front of the Palace of Justice denouncing the leniency of the sentences given to perpetrators of gender-based violence.

Since Argentina, protests have been held in Chile, Uruguay, Paraguay, El Salvador, Bolivia, Mexico, and Brazil, under different hashtags such as #NiUnaMás, #NoEsNo, #VivasNosQueremos, and #EleNão. These marches are part of a larger Latin American movement highlighting the pervasiveness of femicide and gender-based violence in the region. It is a reaction to women’s unjust treatment based on their gender and identities. It creates a support network where women can share their stories without fearing judgment, and a movement of solidarity where the voices of all women are heard.

The term machismo refers to the idea that men should behave in a hyper masculine way, and are naturally superior to women. This is exemplified in a number of ways ranging from classifying buying groceries as overly feminine to believing that engaging in violence with a significant other is permissible.

This attitude is ingrained in the culture as societal norms favour the subjugation of women, and socializes boys and girls into believing it is acceptable behaviour. As such, it creates an environment and a cycle where women are blamed for their mistreatment and these constructed gender roles are encouraged.

The #NiUnaMenos movement gives women the opportunity to play an active role in fighting for themselves by challenging machismo culture, as they recognize that state measures are not enough. While governments have passed legislation to combat femicide, citizens lose their trust in the state institutions due to weak law enforcement.

Instead, these movements work together to challenge machista attitudes by recognizing that hyper-masculinity is a problem that will not disappear unless an active step is taken in deconstructing boys and girls’ upbringings and identifying what shapes this behaviour. Women seek to transform the norms surrounding gender roles by opening a dialogue with society and including the younger generation in the conversation.

Each country in the region, including the Caribbean region face challenges concerning women’s rights. For example, abortion is unconditionally prohibited in Nicaragua, Honduras, El Salvador, the Dominican Republic, and Haiti. Other states allow legal access to abortion under certain conditions, such as rape, or if the pregnancy is a threat to the woman’s life.

Gender equality, however, is not completely absent in Latin America. The past few decades have shown a significant increase in the number of women holding senior positions in government, an improvement in the equal access to education, and an expansion in political and legal rights for women. In fact, according to the World Economic Forum, Latin America and the Caribbean region is the fastest improving region in closing the gender gap.

However, the ingrained machismo culture prevents society from moving beyond gender norms, and toward full equality. Femicide not only affects women, but also society as a whole. Behaviours are replicated and taught to new generations, and then the cycle continues. This is illustrated by a statement made by Ada Beatriz, statement, head of anti-femicide organization Casa del Encuentro: “we’re saying femicide is not a private, hidden matter but something that affects all of society because when a woman is killed it affects the whole family and children.”

While various organizations have released statistics on the number of femicides, or the number of women experiencing any form of abuse, it is difficult to paint the real picture as many cases go unreported. #NiUnaMenos is a movement that shows that women are not alone and includes the voice of the voiceless. The struggle continues, but the regional solidarity demonstrates a growing strength in unity and one more step toward women’s empowerment.