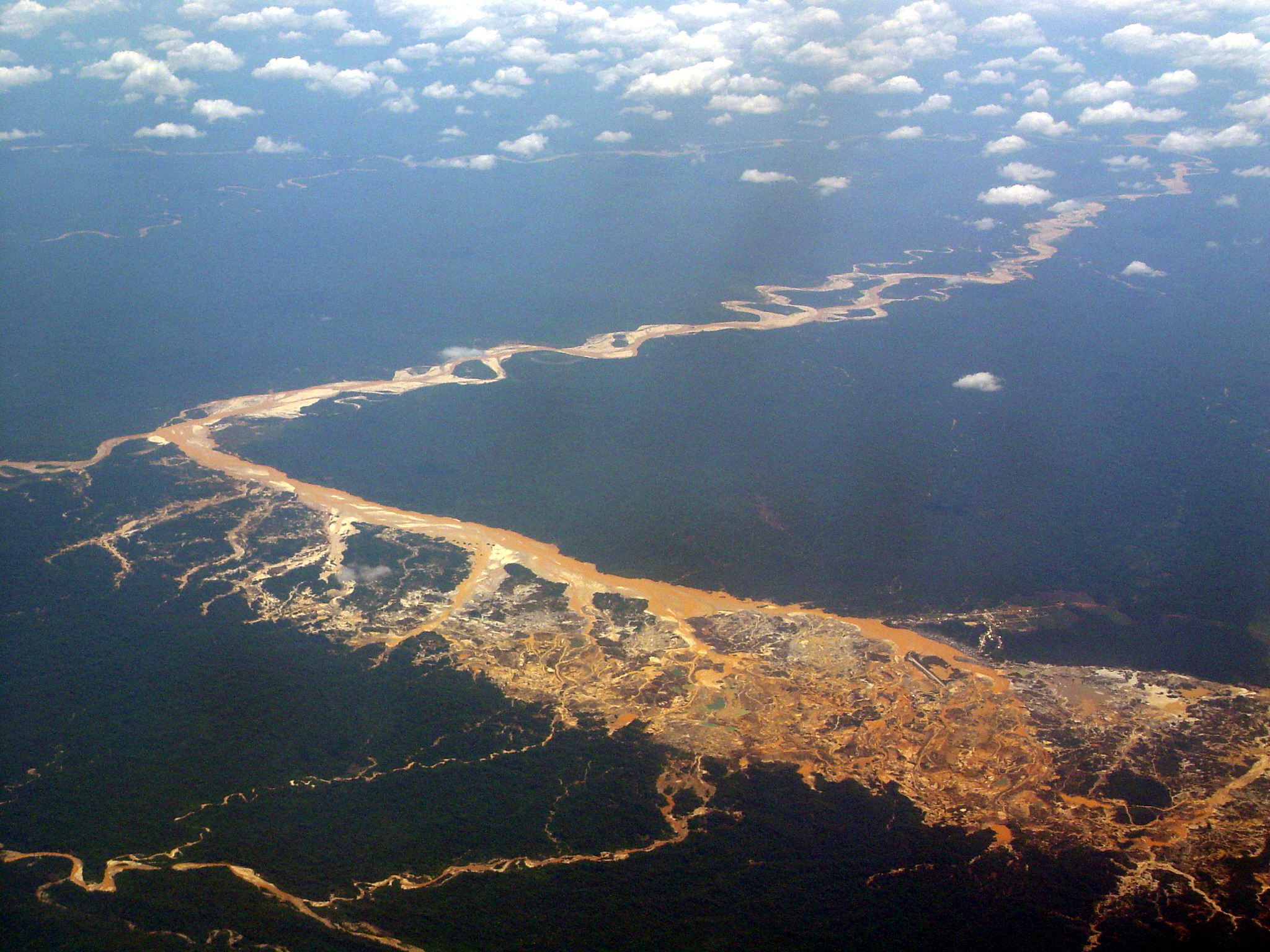 Peru is the third largest producer of copper and zinc in the world, and the leading producer of gold in Latin America. The mining industry has been a site of struggle as multinational companies have been encroaching on Indigenous territories, infringing upon land rights and Indigenous livelihoods. Furthermore, as the global recession has led to an increase in gold prices, the number of illegal gold mines have grown, becoming a source of informal revenue for many, but also contributing to massive deforestation and environmental contamination. Consequently, the mining debate receives mixed reactions among Indigenous communities as it provides a livelihood for some, but also affects their well-being in the long term.

Last February, the Peruvian Armed Forces launched Operation Mercury 2019 to combat the illegal mining industry in La Pampa, a town of 25,000, located in the Amazonian region of Madre de Dios, bordering Brazil and Bolivia. Security forces stated that 6,000 miners were expelled, dozens of criminals were captured, and 50 trafficked women were rescued. La Pampa is an area where organized crime has developed along with illegal mining and human rights violations have been persistent including forced labour, sexual exploitation, and sex trafficking. Workers are promised false wages, and fall victim to organized crime networks. Indigenous leaders have confronted small scale miners to leave their lands, but have had their lives threatened in response.

The region of Madre de Dios has been endangered by deforestation and mercury contamination in its waters. In May 2016, the government declared a health emergency in the region, as 40% of the population living in 97 nearby villages were found to have mercury poisoning. Mercury is used to separate the gold from its impurities, and its leftovers evaporate into the atmosphere or find themselves in the waterway, causing significant damage to the environment and to the health of surrounding populations.

Illegal gold mining has increased by 540% between 2006 and 2015, leading to growing concerns of the long-term environmental and health impacts on the lungs of the planet, its Indigenous communities, and the Peruvian economy as well.

Furthermore, illegal mining has become an epidemic and has accelerated the destruction of the Amazon rainforest. In addition to causing a loss in revenue for the state, Indigenous communities suffer the consequences as their waters and lands become contaminated due to the unregulated use of mercury. Artisanal miners, sometimes Indigenous or from other communities, face rising social conflicts since different  groups simultaneously claim ownership over the land.

Mining conflicts, however, do not only refer to illegal mining. According to an investigation led by The Centre for Amazonian Science and Innovation, between 1985 and 2017, both legal and illegal gold mining has contributed to the deforestation of 97,750 hectares of land in Madre de Dios.

Last March, a state of emergency was declared in the Peruvian region of Apurimac as Indigenous communities blocked the national highway (“Corredor Minero del Sur”) protesting the Chinese mining company MMG Ltd and preventing them from transporting copper collected from Las Bambas mines. Part of the national highway belonged to Fuerabamba community, but was then illegally declared national property to provide the Chinese mining company a route for the transportation of metals.

Between 500 to 600 trucks per day cross the highway, generating pollution and causing damage to the ecosystem. As such, the Andean community is demanding that MMG Ltd stop using this route, which encroaches on their land, and is asking for additional reparations for the damages. A meeting was held in early April in Lima between the village leaders, the Council of Ministers, and representatives of the Las Bambas mines to find a solution to the conflict. Meanwhile, the village’s lawyers were arrested and accused of extorting the mining corporation, which increased tensions between the state and Fuerabambians.

In relation to the situation in Las Bambas, the President of the Council of Ministers, Salvador del Solar, stated: “We are a government that is committed to do whatever is best for Peru.” When asked questions about the raid in La Pampa, he added, “It is our responsibility to defend the biggest patrimonial site for all Peruvians.”

This illustrates the tradeoff for economic benefit at the cost of environmental health and Indigenous livelihood. Not only is this a phenomenon in Peru, but other Latin American states who benefit from the extraction of natural resources use this justification to offer lands to large corporations for exploitation. As such, the government is ready to defend corporate interests since the mining industry is an important asset to the Peruvian economy.

The voices of the Indigenous communities, are often excluded from natural resources development initiatives discussions, as they are seen as obstacles rather than partners. Protests are criminalized and as a result, weaken the relationship between civil society and the state. Consequently, high levels of social conflicts arise, further complicating negotiation processes. In 2013, Indigenous and campesinos communities gathered to protest 156 mining giants, including Barrick Gold Corporation and Peruvian state mines.

The mining sector is a complex industry that affects Indigenous communities in multiple, often contradictory ways. On one hand, illegal mining grows in primarily isolated areas of extreme poverty which become the ideal venue for organized crime. They provide subsistence revenue to artisanal miners, who then become victims of forced labour and other illicit activities. It also causes more lasting damages to the Amazon rainforest, and affects neighbouring populations alike, leading to social conflicts between different groups.

On the other hand, legal mining corporations operating on state contracts, are an essential activity that contribute to the Peruvian economy. As such, del Solar emphasizes that allowing these mines to operate is the best for the nation. However, a power struggle emerges when land previously held by Indigenous peoples is abused and destroyed, where the state gives priority to financial interests.

The exploitation of natural resources is a continuous debate at the heart of Indigenous and state relations in Peru. It is a complex industry that involves a variety of actors such as the state, mining corporations, illegal miners, Indigenous populations and other communities. Environmental activists face threats to their lives by combatting for environmental rights both in the legal and illegal domain. Indigenous peoples have been marginalized since the colonial period, but continue their fight for land ownership and the betterment of their lives. These clashes are among many, and will only continue unless proper reconciliation efforts are made by the government.

However, the abundance of natural resources in the country encourages state economic opportunities and leads to weak enforcement of mining regulations. As such, Indigenous and environmental rights are overridden, and Illegal miners take advantage of this negligence as they develop clandestine networks, and contribute to further devastation.