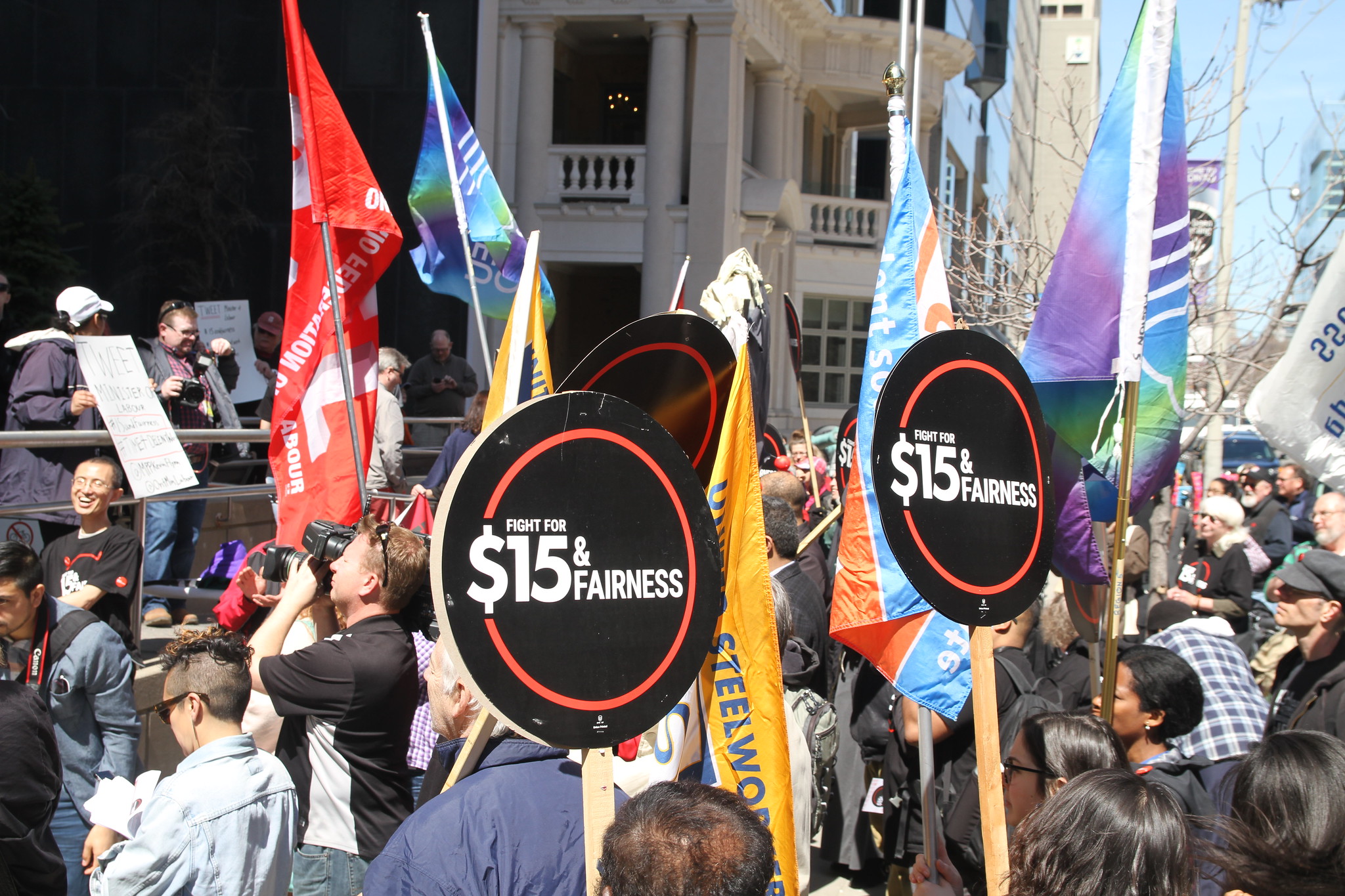 In September 2018, Ontario Premier Doug Ford announced that he would be repealing the previous Liberal government’s plan to increase the minimum wage to 15 dollars. Instead, the minimum wage would remain at 14 dollars, the amount that was established during the initial stage of the Liberal plan in 2018. The Liberal party argued that a further increase in the minimum wage would help more Ontarians earn adequate funds to remain above the poverty line. In contrast, the Ford administration stated that the wage increase was hurting more citizens than it was helping. Ford defended his decision by stating that the 2018 minimum wage hike of 20% strained local business owners, who often had to lay off workers or increase prices to compensate for the higher wages they now had to pay. As such, Ford argued that halting the wage increase would allow these businesses to hire more workers, thereby decreasing unemployment in the region.

Ford’s rationale bears striking resemblance to the neoliberalist approaches of the mid-1970s. Known as one of the founders of neoliberalism, Friedrich Von Hayek, who won the Nobel Prize in Economics in 1974, provided the basis for future free-market policy. According to Hayek, limited government intervention in the economy will create maximum benefits for society. [1] He held that by allowing markets to develop organically, each individual’s knowledge and potential for contribution will be incorporated more effectively. Thus, an economy free from interference is more likely to enable individuals to pursue their own ends, thereby creating specialized benefits for each person. [2] Government intervention, such as minimum wages, would restrict the market’s natural ability to incorporate individuals, and would thus create substandard conditions overall. [3]

When examining Ford’s decision from Hayek’s perspective, the decision would appear justified. While even the $14 wage maintained by Ford would be deemed unacceptable by Hayek, Ford’s decision to halt the rise of the wage is consistent with Hayek’s argument that less intervention is better. By minimizing costs, a lower minimum wage would allow businesses to hire more employees. However, as critics of Hayek, and consequently Ford, have argued, mere employment is not enough, as this does not ensure that an employee’s wage guarantees that his or her basic needs are met. As such, economic regulations need to be established to ensure a minimum level of income for workers.

A contrasting view to Hayek can be found in the collection of essays called “The Federalist Papers.” Writing under the pseudonym Publius, American Founding Fathers Alexander Hamilton and James Madison highlighted the problems of an unregulated society. Hamilton argued that unrestrained freedom can be disadvantageous to overcoming more far-reaching issues. [4] To Hamilton, groups in power will act selfishly if allowed to operate unrestrained, which could eventually lead to the oppression of less powerful groups. This was true both in the case of competing regional powers and the diverse groups within them.

According to Madison, stronger factions within regions may oppress the weaker groups if their power is not checked adequately, leading to systems that are designed to favour the elite. Similarly, he argues that this was destined to happen within the American states. Arguing that the independent states established after the Declaration of Independence were prone to destructive conflict, Publius advocated for the creation of a federal government tasked with supervising these regional powers. [5] He believed that limiting freedom using a countervailing source of power would create cohesion that could lead to more collective benefits.

Hamilton’s concerns have arguably been borne out in Ford’s decision to halt the increase of the provincial minimum wage. By exercising total provincial control, Ford was able to prioritize higher-income individuals, such as business owners, over the more numerous working class.

Considering Ford’s decision, giving provinces the authority to determine the minimum wage may lead to decisions that benefit only a small group in one particular province. Due to these provincial insufficiencies, there have been increased calls to reinstate a federal minimum wage. Though initially, a Canada-wide federal minimum wage existed, it fell far below the average provincial wage over time and was dropped in 1996. However, the policy was reconsidered in 2014 when NDP leader Tom Mulcair advocated to re–implement a federal wage increase to 15 dollars.

On the one hand, introducing a federal minimum wage would remove this authority from the regional party in power and may insure against self-interested motives. As such, this strategy could yield a more adequate wage for a greater proportion of the population. On the other hand, a federal minimum wage fails to acknowledge the diversity of the cost of living across provinces and territories. Thus, by implementing a national standard, the harmonization of wages may also harm provinces that have a much higher cost of living than the mean, such as British Columbia. In such regions, businesses might use the national standard as justification to lower wages, thereby driving more workers in these regions under the poverty line.

It is imperative to consider both arguments. However, in doing so, it seems likely that despite the potential obstacles, a federal minimum wage would be an attractive strategy to ensure the protection of working-class Canadians. By separating the power to determine wage standards from those who reap the benefits of keeping wages low, this strategy would potentially ensure that workers are paid more equitably. Nevertheless, it is equally critical that such reforms creatively address differences in costs of living.

In Canada, minimum degrees of income to meet the poverty line vary significantly, ranging from $33,000 to $41,000 per year for a family of four. A baseline wage indexed to the cost of living in the region would ensure that workers are paid adequately. Moreover, such reforms should be implemented gradually. In doing so, businesses could better adapt to the rising costs, thus making it less likely that they will lay off workers out of necessity. Overall, a federal minimum wage standard would recognize that, while raising the wage standard might necessitate adjustments, this pales in comparison to the structural injustice faced by many Canadians who remain impoverished for the sake of elite power.