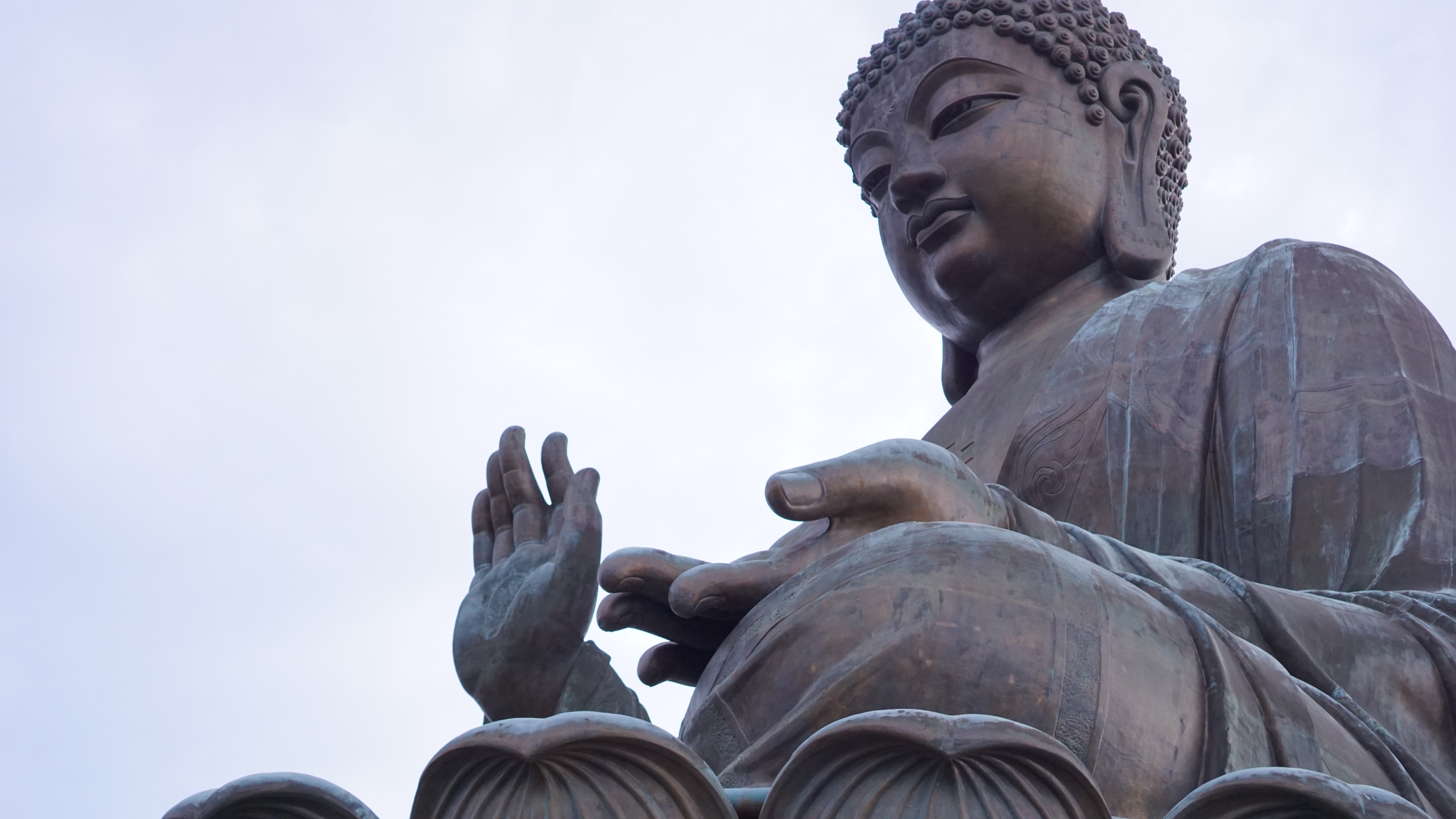 China is an officially atheist country, known for its desire to maintain state control over religious groups. Yet in recent years, many scholars and political pundits have noted that the current Chinese leadership has been increasingly leaning on Buddhism to increase its soft power internationally. Cultural exports, of course, have always been a key component of soft power, but Buddhism is neither originally from China nor easily exported as a “product.” Termed “Buddhist diplomacy,” China’s efforts have focused on cultivating and reinforcing transnational ties with other Buddhist countries.

This has mostly translated into heavy investment in buildings and institutions. The most impressive and significant of these is probably the funding and building of the 350 metre tall Lotus Tower in Colombo, Sri Lanka. Though physically impressive, Patrick Mendis, a former US diplomat and current commissioner of the U.S. National Commission for UNESCO, has highlighted its symbolic significance: the Tower, “emanating from the Lotus Sutra in Buddhism, is a narrative for Beijing to formulate a sustainable and peaceful ‘soft power’ strategy that would appeal globally.” The Lotus Tower also symbolically evokes millennia of Buddhist intercultural exchange between China and Sri Lanka.

Aside from the Tower, China has also invested in many other projects in South and Southeast Asia, such as the excavation of a Buddhist heritage site in Bangladesh, and the development of Lumbini, the small Nepali town where the historical Buddha was born. In fact, China offered Nepal a whopping $3 billion for the right to undertake this project. The Lumbini project has stirred international unease, as it appears not-so-subtly linked to China’s Belt and Road Initiative (BRI) projects. China has proposed to link Lumbini by road and railway to to Tibetan town of Kyirong on the Chinese-Nepali border, which would effectively connect it to the BRI network.

Indeed, it is little wonder that China’s “Buddhist expansion” is linked to its ambitious BRI project. The Buddhist soft power initiative has focused on strengthening its relationship with other Buddhist countries, which of course includes those involved in BRI negotiations, such as Sri Lanka. Actually, the use of Buddhism to promote the BRI program was explicitly listed on the agenda at the 2018 World Buddhist Forum, which China hosts every three years.

This is not the first time that China has attempted to increase its soft power using its religio-cultural cache – nor the first time that its attempts have drawn international alarm. The idea of Chinese cultural export is most famously associated with its Confucius Institutes, of which over 500 have been established in more than 140 countries. Combined with China’s growing influence, especially in Africa, concerns arose in the United States and Australia about the possibility that these institutes were being used to spread Chinese propaganda. These suspicions were seemingly confirmed by a former top party official. Thus, in 2018 US lawmakers introduced legislation that would require Confucius Institutes to register with the federal government as foreign agents.

The shift from Confucianism to Buddhism for soft power diplomacy is an interesting one. While Confucianism began to be increasingly associated with authoritarianism, Buddhism has a “softer,” peaceful image internationally. Unlike Confucianism, it is also deeply embedded in the culture of many societies and provides valuable common ground. Rather than exporting China’s own “product,” so to speak, Buddhist diplomacy is more oriented towards garnering good will and a sense of shared history and culture. For instance, when protests over the a dam project broke out into anti-Chinese sentiment in Myanmar in 2011, China temporarily sent over a Buddha’s tooth relic, ultimately establishing ties between Lingguang Temple, where the tooth relic usually resides, and the Shwedagon Pagoda in Yangon.

Moreover, the way Buddhism was revitalized post-Second World War has situated it in an inherently transnational framework. Pan-Asian revival movements enabled it to cross traditional sectarian and geographical boundaries, and involved deep intercultural exchange and dialogue. Thus, Buddhist diplomacy taps into a pre-existing network of sociocultural, intellectual, and political ties which gives it viability as a foreign policy tool.

Indeed, China’s Buddhist diplomacy has met with some success. However, it has certain crucial shortcomings. Notably, it is not the only country attempting to use Buddhist soft power to its advantage. India, too, has incorporated Buddhism in its cultural diplomacy: Prime Minister Modi declared, at the “Samvad” conference in 2015, that India was “taking the lead in promoting the Buddhist heritage across Asia.”

While India has a minimal Buddhist population, with only 0.7% of its people declaring themselves Buddhists in the 2001 census, it is in a unique position to utilize Buddhist diplomacy. India is, after all, the birthplace of Buddhism, and it holds many of the most important Buddhist sites, including Bodh Gaya and Nalanda. Additionally, it has garnered a positive reputation for giving refuge to the Dalai Lama and the Tibetan Parliament in exile. Lokesh Chandra, president of the Indian Council for Cultural Relations, said to the Telegraph in 2015: “It’s about time we invest in tapping into Buddhism as a key arm of our cultural diplomacy. There’s incredible potential and interest overseas – we need to capitalise on that.”

In contrast, the issue of the Dalai Lama is China’s greatest weakness in the arena of Buddhist soft power. It cannot truly cultivate a benign, peaceful Buddhist image greater than that of the 14th Dalai Lama, who is today known worldwide as one of the most iconic and popular spiritual leaders. In fact, China’s Buddhist diplomacy strategy may be in part meant to compensate for the negative image it has gained concerning Tibetan Buddhism. Indeed, the Chinese government has long been at odds with the Dalai Lama, who is known for advocating for greater autonomy for Tibet, after fleeing to India in the wake of the failed Tibetan uprising of 1959. Though he does not advocate for full sovereignty, the Dalai Lama’s popularity has drawn unwanted international attention to the issue of Tibet. Additionally, in 1995, Chinese authorities kidnapped Gedhun Choekyi Nyima when the young boy was declared the 11th Panchen Lama by the Dalai Lama, naming their own Panchen Lama in his stead. Today, the Dalai Lama has explicitly been barred from the World Buddhist Forum and other Buddhist events hosted by the Chinese government. Thus, China’s attempts to use Buddhism to assure others of its good intentions may not be wholly credible. Simply having the symbol of the Dalai Lama on “its side,” as it were, gives India a highly significant advantage over China in terms of soft power.

As one might expect, this competing bid for Buddhist diplomatic ascendancy has fed into China and India’s long-standing political rivalry. Given Chinese Buddhist diplomacy’s associations with the BRI program, India is particularly wary. The Lumbini project, for one, has raised flags in India because of its proximity to the Indian border. In recent years, the Chinese-Indian border has increasingly been a source of tension.

However, China and India have also been the object of each other’s Buddhist diplomacy. Modi’s visit to China in May 2015 included visits to several Buddhist sites of special significance in the history of Sino-Indian relations, such as Giant Wild Goose Pagoda and Daxingshan Temple. Not coincidentally, during the course of Modi’s visit, China’s state-owned Chinese Film Corporation and the Indian company Eros International also announced that Chinese actor Huang Xiaoming and famous Indian star Amitabh Bachchan would star in a co-produced film about Xuanzang, the Buddhist monk whose writings famously inspired Journey to the West.

Of course, these efforts to cultivate an image of Buddhist good will cannot erase the existing tensions underlying Sino-Indian relations. For instance, during Modi’s visit diplomats had to skirt around the issue of the disputed border in the Himalayas. However, there was clearly an attempt to pay tribute to what China and India held in common, a bond and history of interrelation that predates the founding of modern nation-states. Ultimately, both countries’ attempts to use Buddhist diplomacy comprise an acknowledgement of the immense normative power held by feelings of brotherhood, connection, and shared cultural ties. But these feelings, like any others, can get wrapped up in the intricate and often tension-ridden web of geopolitics woven by state leaders seeking to propel their countries ever forward.