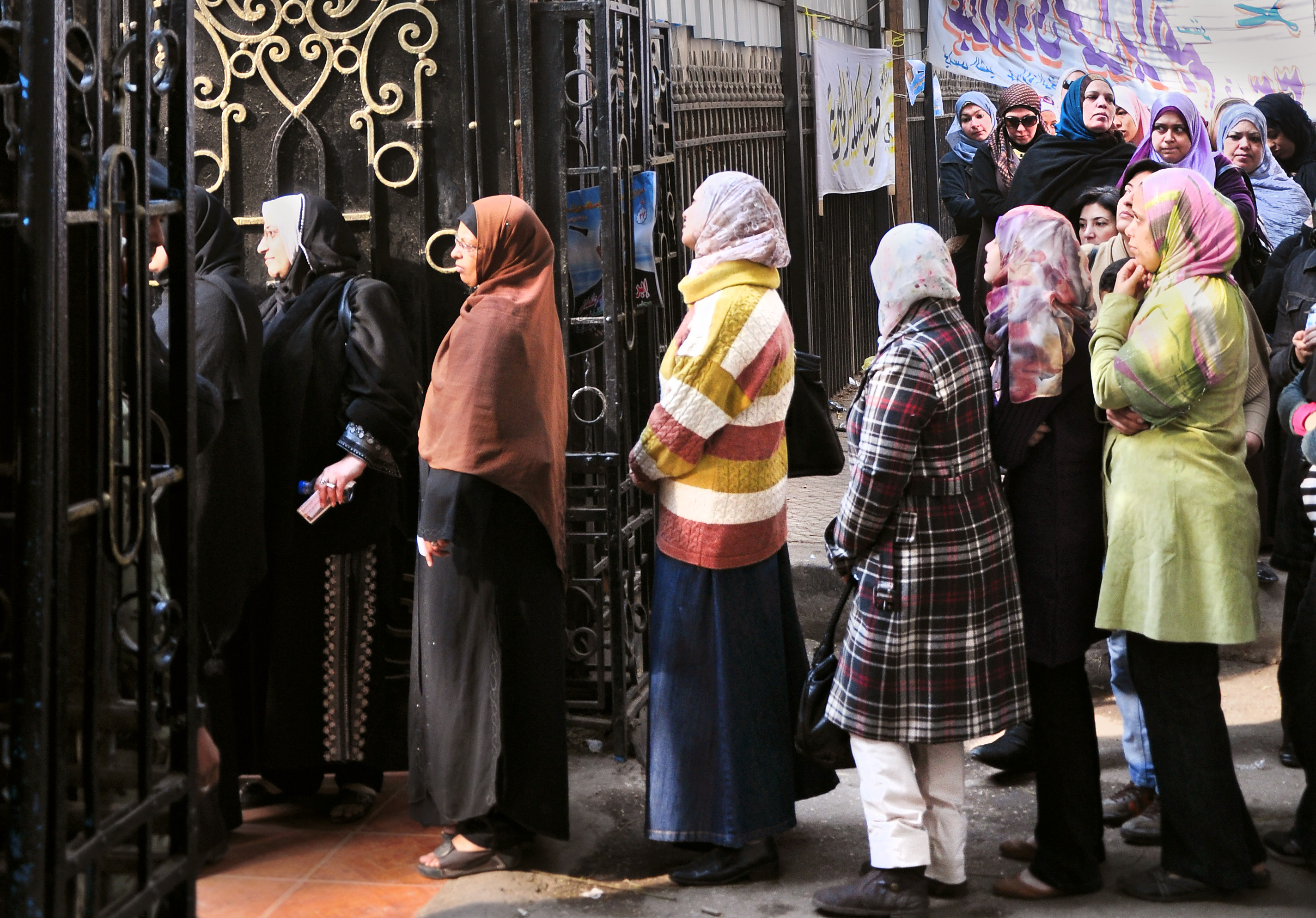 Just a few days apart, April 2019 has seen the fall of two of Africa’s and the Arab world’s longest-serving leaders: Abdelaziz Bouteflika of Algeria and Omar al-Bashir of Sudan. In many ways, there is a striking similarity between the regimes that propped up the two strongmen, as well as between their downfalls.

But there is another common denominator to these events that seems amazingly fitting for 2019: in both countries, women played the main role in spearheading the uprisings that sealed the fate of the regimes. While this aspect has been picked up on by the media worldwide, we need to look more at how did we get here and what’s next for the young women and men of the Middle East.

In 1989, as the Eastern Bloc regimes were crumbling in the wake of democratic revolutions, the democratically-elected Sudanese government fell victim to a military coup d’état led by a young brigadier, Omar al-Bashir. A decade later, in April 1999, Abdelaziz Bouteflika was elected president of Algeria with the backing of the military, amid large scale fraud. Today, Bashir is wanted by the International Criminal Court for war crimes, while Bouteflika, who suffered a stroke in 2013, is now in a wheelchair and has rarely been seen in public for the past 6 years.

Both leaders built their regimes on a coalition of circumstance between the powerful military and the economic elites. In both cases, we are talking about many powerful and influential decision-makers who prefer to act in the shadows by hiding behind the official political leaders. In Algeria, they received the infamous nickname, “le pouvoir” (“the powers that be”).

It ought to be no surprise, then, that the fall of these leaders was as swift as their rise. In Algeria, the ailing Bouteflika was forced to resign under pressure by the armed forces. In Sudan, the army was less worried about saving face and launched a fully-fledged coup d’état against al-Bashir. If anything, these events represent more evidence that the two presidents were just small pieces in the huge apparatus shaped by “le pouvoir”.

Fully aware of this, the protesters do not plan to back off any time soon. In Algeria, they made it clear that the revolt is aimed at the entire “le pouvoir,” not just at its most high-profile public figures. In Sudan, public pressure is growing on the army to accept a civilian transitional government, with the crowds rejecting any military presence at the helm of the country.

But the protesters are also careful not to repeat the woeful experience of the Arab Spring, which brought high hopes in the region, but ended up as an Arab Winter instead. Today, civil wars are still ongoing in Syria, Libya, and Yemen, while Egypt fell again under military rule. In fact, having skipped the revolutionary wave of 2011, both Sudan and Algeria have a unique opportunity to learn from their neighbours’ mistakes.

The two countries are also advantaged by the demographic and social changes that took place since the Arab Spring. The children of 2011 are now the young women and men who are taking to the streets to demand change. Societal attitudes have also shifted: corruption, inequality and social justice are now the main themes of contention, a far cry from the calls for religious and political freedom and free elections of the Arab Spring. Inclusiveness is also better reflected in 2019, with religious minorities, women, middle classes, lower classes, pious and secular people alike joining together in a common struggle.

The inclusiveness of the protests may be a defining factor to their success. A 2015 study points towards a strong correlation between the inclusiveness of a revolutionary coalition and that revolution’s outcome. They look at how Tunisia’s largely successful revolution was triggered by a wide, cross-class and cross-religion coalition, whereas Egypt and Syria had quite narrow coalitions, set on either class-based or religion-based grounds.

Women are shaping the protests in unprecedented ways for the region. In Sudan, estimates claim that up to 70% of the protesters are women. Algeria’s protests have also been characterized by a majority female presence. This is seen as the main reason for the non-violent nature of the protests, in contrast to the violent events of 2011, which descended into everything from street fights to ongoing civil wars. In 2019, the female-led revolutions of Sudan and Algeria do seem like the most natural thing, especially given the recent struggle against sexual harassment and political marginalization.

Given all these facts, there is also a markedly different feeling about the political flavour of these protests. In 2011, there was momentum for religious and sectarian politics. This was most obvious in the civil wars of Syria and Libya, but could also be observed later in the post-Arab Spring elections. In Egypt, Islamist Mohammed Morsi won the presidency, along with a majority of seats in parliament. In Tunisia, the moderate Islamist Ennahda won by a landslide, but fell short of an absolute majority.

What all these parties have in common is their affiliation with the Muslim Brotherhood, a secretive Islamist organization that promotes the creation of Islamic states through elections and popular mobilization. Despite its official support for elections, the Brotherhood also counts Sudan’s al-Bashir and his political party among its affiliates. Al-Bashir promoted Islamist policies, imposed Shari’a law in Sudan, and curtailed women’s and minority rights.

This time, the Arab Spring was in reverse since an Islamist was in power. Protesters in Sudan have openly denounced the Islamist ideology of al-Bashir and demanded secular laws. In contrast, in Algeria, religious themes been virtually absent from public debate. But Algeria also experienced a decade-long civil war between the army and Islamists after their 1991 landslide victory in elections was cancelled by a coup d’état. In order to build post-war reconciliation, Bouteflika’s regime left untouched many provisions imposing religious law or limiting women’s rights.

Social and demographic shifts are not exclusive to Algeria and Sudan. They are a feature of almost all countries in the Middle East and North Africa (MENA) region. However, this doesn’t mean that the domino effect will extend throughout the region. Algeria and Sudan are unique in that they left largely unaffected by the Arab Spring. Their neighbours, on the other hand, still have to deal with the aftermath of the 2011 events.

Given its recent economic woes and instability, Turkey may seem a good candidate for an uprising. But with all its problems, and unlike its neighbours, Turkey remains an electoral democracy, albeit not a liberal one. In fact, Erdogan’s party has just lost Istanbul and Ankara to the opposition, a sign that he is losing his grip over the country’s large urban areas.

On the other hand, elections may not prove to be enough for Morocco, whose King Mohammed VI has been faced with prolonged protests in the past year. Such protests haven’t been seen since the Arab Spring, when the King was forced to accept reforms that strengthened parliament and limited the monarch’s discretionary powers.

Decades from now, it is very possible that our collective memory will be left with the iconic images of the women that spearheaded these revolts. If the transitional process turns out to be successful, this could be an extraordinary thing. Probably for the first time in MENA’s recent history, we are left with two extremely obvious examples of change driven by women. Indeed, by the same women who for so long have been discriminated against in their own countries and dismissed as helpless and powerless persons in Western discourse.

And no matter the direction the MENA region will take in the next few years, one thing is clear: the younger generations are pushing to make their voices heard, and the demographics are on their side.

In doing so, they will be moving their countries towards more inclusiveness, more social justice, and more democracy.