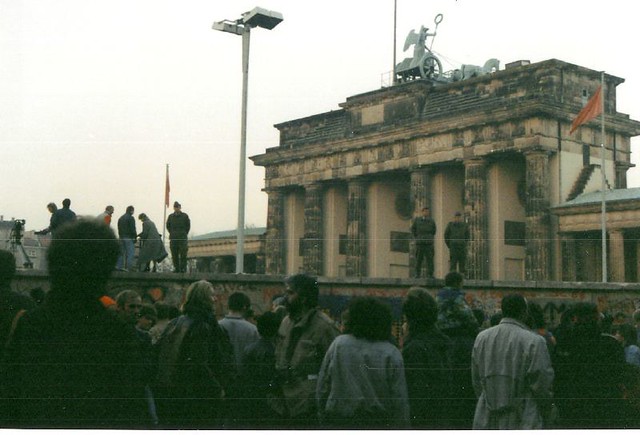 Between May 23 and May 26, citizens in EU member states voted on a new European Parliament. Overall, the centre-right European People’s Party (EPP) and the centre-left Progressive Alliance of Socialists and Democrats (S&D) lost their majority, winning only 43 per cent of seats (down 11 per cent from 2014).

Votes within countries were mixed, with support for far-right and green parties varying between countries. However, where the far-right did well, it gained substantial ground. Most prominently, Marine Le Pen’s far-right National Rally party won most votes in France at 23 per cent, whilst Italy’s far-right populist party The League won 34 per cent of votes, and the nationalist Fidesz party received more than 52 per cent of the vote in Hungary.

In light of this surge of the (far-)right, the vote’s outcome in Germany may appear rather promising. For one, the far-right party, Alternative für Deutschland (Alternative for Germany – AfD) garnered only 11 per cent of the vote (an increase of 3.9 per cent since 2014), thereby falling behind the CDU/CSU, the Greens and the SPD. In short, Angela Merkel’s Christian Democrats (CDU/CSU) took 28.9 per cent of the vote, a decrease of 6.4 per cent. The Greens took second place with a record-high of 20.5 per cent – a substantial increase of 9.8 per cent as compared to 2014. Early on Monday morning, the surprisingly high turnout for the Greens, and the rather low amount of votes for the AfD, were celebrated as a victory for progress. The far-right movement in Germany, though growing, suddenly seemed less threatening.

Yet a closer analysis of party support within the country demonstrates a striking divide between the formerly communist East Germany and its Western counterpart. In the West, the CDU and the Greens received the majority of votes. In the East, however, the far-right AfD enjoyed widespread support, gaining significant margins (generally above 20 per cent of the vote) in Brandenburg, Sachsen, Thüringen, Mecklenburg-Vorpommern, and Sachsen-Anhalt. These results align closely with Eastern sentiments expressed in the 2017 Bundestags election, in which Eastern voters helped the AfD become the third-strongest party in the Bundestag. Why, almost thirty years after reunification, does this ideational divide between East and West persist? What is the AfD’s eastern appeal, or its appeal at all, for that matter?

Formed in 2013, the AfD’s main aim was to oppose bailouts of EU member states such as Greece and Spain. It has continued to adopt a rather anti-EU stance, promising to abandon the Euro, opposing further centralization, and advocating for EU reform that would return more power to individual nations. Further, over time it has capitalized on dissent regarding the recent surge of immigrants and refugees that was enabled by Angela Merkel’s 2015 welcoming policy. More specifically, it advocates sealing EU borders, getting rid of Germany’s constitutional right to an individual hearing on asylum cases, as well as the immediate deportation of refugees whose asylum request is rejected – regardless of whether their home country is safe or not.

More generally, the AfD claims that Germany is being “Islamified” and that multiculturalism does not work. Most prominently, its 2016 election Manifesto included a section on why “Islam does not belong to Germany.” Given that three million people of Turkish origin, most of them Muslims, live in Germany, this stance is significant not only in light of the recent refugee crisis, but due to the fact that it questions the very social fabric of modern German society. Further, the AfD denies climate change, and wishes to increase German nationalism. The party’s leaders, for example, have stated that Germans should be proud of their soldiers who fought in the World Wars and critiqued the Holocaust Memorial in Berlin as a “monument of shame.” In practice, these policies appeal to white, working class Germans who feel underserved by the more traditional parties.

Indeed, the AfD’s supporters tend to be less educated and poor than those who vote for more traditional parties. For example, only seven per cent of university graduates voted for the AfD, and many of its supporters are unemployed or blue-collar workers. To some extent, these societal classes are found more prominently in the East than the West. For one, unemployment in the East amounts to 6.8 per cent, whereas it amounts to only 4.8 per cent in the West. More significantly, however, after reunification, well-educated, liberal and younger citizens immigrated from the East to the West. The East, then, was left with a disproportionately large working and (to some extent) middle class, and citizens who, for the most part, were less open to change.

It is also telling that the AfD’s main supporters are those born around 1970 – the last true generation of East Germany. It is these citizens who were raised with different beliefs than their Western counterparts, many of whom chose to remain in the East. Indeed, studies show that younger citizens in the East share similar beliefs and preferences with their Western counterparts. But older generations, in particular those born in East Germany, demonstrate divergent beliefs from their generational cohorts in the West. These generations are especially hostile towards immigrants – be they Italian, Turkish or Syrian. In part, this may be a legacy of the fact that, effectively, there were no foreigners in communist East Germany. Those who were foreign were guests rather than citizens. As such, the concept of a immigration or a diverse citizenry was alien in the East, and continues to be mistrusted. Moreover, Eastern Germans also vote less, and generally appear more skeptical towards democracy. This too, appears to be a result of its communist past.

A further reason may lie in the economic discrepancies between East and West that, although shrinking since 1991, continue to be pertinent. For one, Eastern Germans are, statistically (at approximately 2.7 per cent), more likely to be subjected to poverty than their Western counterparts. Citizens in the Eastern Bundesländer also earn approximately 17 per cent less than those in the West. However, it must also be noted that the living cost in the East is less than in the West – so consumption patterns are not largely affected by this income discrepancy. Perhaps most tellingly, the population of the West increased by 8.2 per cent in 2015, whereas the East lost 11 per cent of its population – Eastern Germans, who in all likelihood are from younger generations, are leaving their homes for better opportunities elsewhere.

In fact, some argue that the East sees itself as a victim of reunification. According to such voices, Easterners believe that everything comes more easily in the West, and that they, in comparison, receive few benefits and recognition. This is compounded by the recent refugee crisis, in which refugees have received benefits and support – seemingly, to some, without earning it. Further, many Easterners are dissatisfied by the fact that most German politicians come from the West, and thus feel unrepresented by the government. In fact, in a recent poll, 60 per cent of AfD-voters stated that they were voting for the AfD because they were disappointed by the other parties. In short, they were voting less for the AfD than against the status quo – this is undoubtedly problematic for a supposedly well-functioning representative democracy.

Overall, the recent election for the European Parliament has confirmed the divisive trend that has arisen in Germany in recent years. It signals that the East-West divide did not end with the fall of the Berlin Wall, and that perceived and real discrepancies remain. It is easy to denominate the East as simply racist, uneducated, or poor and to consequently dismiss its citizens’ support for the AfD as ill-founded. In reality, it appears that for many, support for the AfD symbolizes a fight against the status quo. Perhaps then, voting for the AfD should be regarded in part as a symptom of deep and unrelenting divisions.