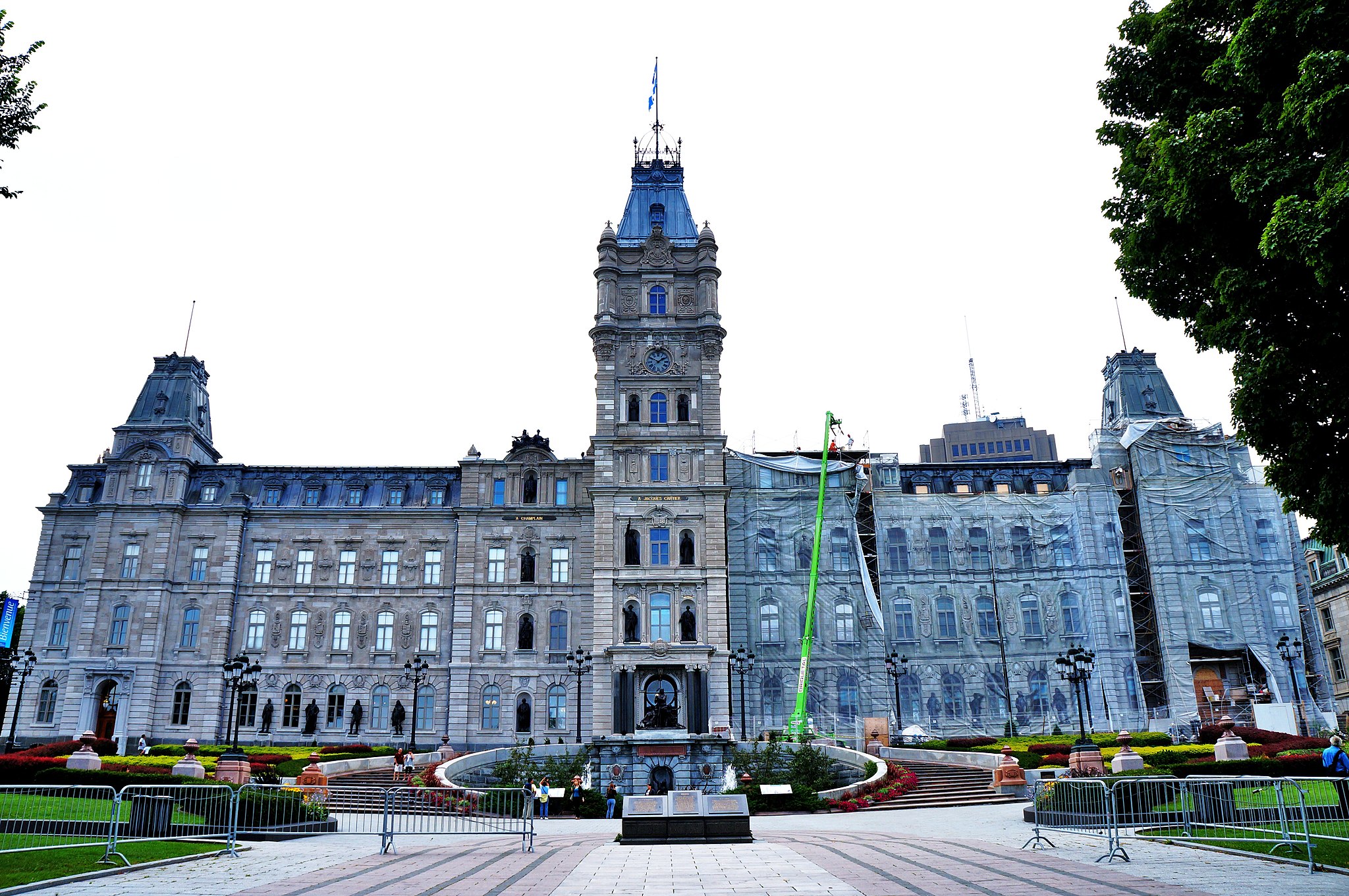 Under the leadership of François Legault, Quebec’s CAQ government proposed in late March a new bill underlining various public workplaces in the province where individuals would no longer be permitted to wear garments or symbols with religious affiliations. Bill 21, known officially as an “Act respecting the laicity of the state,” would specifically affect new employees within the provincial civil service such as judges, police, public school teachers, and others. Meanwhile, employees who have already been inducted into public service are not impacted by this law.

With Bill 21 consuming the political agenda in the province, here are four key takeaways from the debate over it.

Laïcité and the Notwithstanding Clause

The debate over laïcité – a uniquely French vision of secularism that denounces religious influence within the public sphere – has been at the centre of political debate in Quebec over the last decade. The issue has proven to be persistent, as was evident during the 2018 provincial election.

Among Legault’s key pledges during his campaign was a promise to settle the debate on laïcité. While the bill has been met with both intense support and opposition, it is nevertheless likely to be passed into law due to the government’s use of the notwithstanding clause. This stipulation enables the provincial government to temporarily override certain rights outlined in the Canadian Charter of Rights and Freedoms. It also shields this law, should it be passed, from being challenged in court for a minimum of five years, after which it can be appealed.

From its founding days during the French colonial period, Catholicism was inherited and deeply ingrained into Quebec society. Well into the mid-twentieth century, the church in Quebec effectively controlled society, ranging from school boards all the way to family planning. Later, in the 1960s, dwindling church attendance reflected a decline in religiosity which led to a public outcry to separate the church from the state – a key aspect of the Quiet Revolution that occurred in the same decade.

This “progressive liberation” from the Catholic church swept through Quebec in the 1960s. Notably, it sowed the seeds of a particular vision of secularism in Quebec which sought to create distinctions between the private lives of individuals and their public appearance – namely laïcité.

In matters of religion, the public individual was expected to be entirely dissociated from the private individual. This vision of secularism deviates significantly from the Charter view, which encourages individuals in Canada to freely practice the religion and beliefs of their choosing within the public space.

This context becomes even more contentious with regards to public sector employees. Since their public lives are in service to the state, does it follow that they must forego their private beliefs while active in the workplace? It highlights a deep divide between the Canadian tradition of liberal tolerance and multiculturalism and Quebec’s rhetoric for interculturalism and integration.

As perhaps the most culturally diverse region within Quebec, Montreal is home to strong Anglophone and Francophone communities, along with a large population of immigrants and minority groups. With a francophone majority largely dominating the rest of Quebec, Montreal has long been an anomaly within the province’s political landscape – often at odds with the rest of the province.

Consequently, a Montreal vs. greater Quebec divide has predictably been a critical issue in this debate. The tabling of this bill by the CAQ has contributed to a deepening regional divide as the streets and presses of Montreal have become a hotbed for debate over Bill 21. Meanwhile, other regions of the province have seemed to find the bill a much less pressing matter.

In Montreal, a left-leaning city where the CAQ was successful in capturing only two ridings, Bill 21 has been met with intense opposition and anger. For instance, on May 5th, 400 Montrealers, dressed in religious attire, formed a human chain around the Montreal courthouse in protest against the bill.

Montreal’s mayor, Valerie Plante, has established herself as a vehement opponent of Bill 21. Plante argues that the bill not only infringes upon the rights of the individual to practice their religion, but that it also disproportionately impacts minority groups, such as hijab-donning Muslim women.

According to Plante, unemployment rates are highest among immigrant women. She claims that the implementation of this law, therefore, would only perpetuate this trend by limiting some minority women from aspiring to positions within the public sector. Finally, Plante claims that the forceful nature through which the bill is being implemented poses a threat to maintaining peace in Montreal’s cultural fabric.

An act of discrimination or an act to assert equality?

Quebec remains strongly polarized over Bill 21. Numerous minority groups and civil rights associations, such as the National Council of Canadian Muslims (NCCM), strongly oppose it for encroaching on the Charter of Rights and Freedoms and for being highly discriminatory. A recent online poll demonstrates that more than 60 per cent of anglophone Quebeckers are opposed to the implementation of Bill 21, in comparison to just 16 per cent of francophones.

While critics claim that the bill is rooted in xenophobia and intolerance, some supporters say that the bill would actually have the effect of promoting ideals of freedom and religious neutrality. Namely, they argue that through the prohibition of some public workers from wearing religious attire and adorning religious symbols, the bill would place all religions on an equal playing field. In this way, they claim that individuals can continue to follow their beliefs within the privacy of their personal lives, while non-believers are liberated from religious influence within the public sphere.

As such, the larger problem within this debate appears to be between individual and collective rights. Whether the passing of this bill will settle these debates remains unknown. Nonetheless, this issue is one which is sure to draw headlines into the foreseeable future.