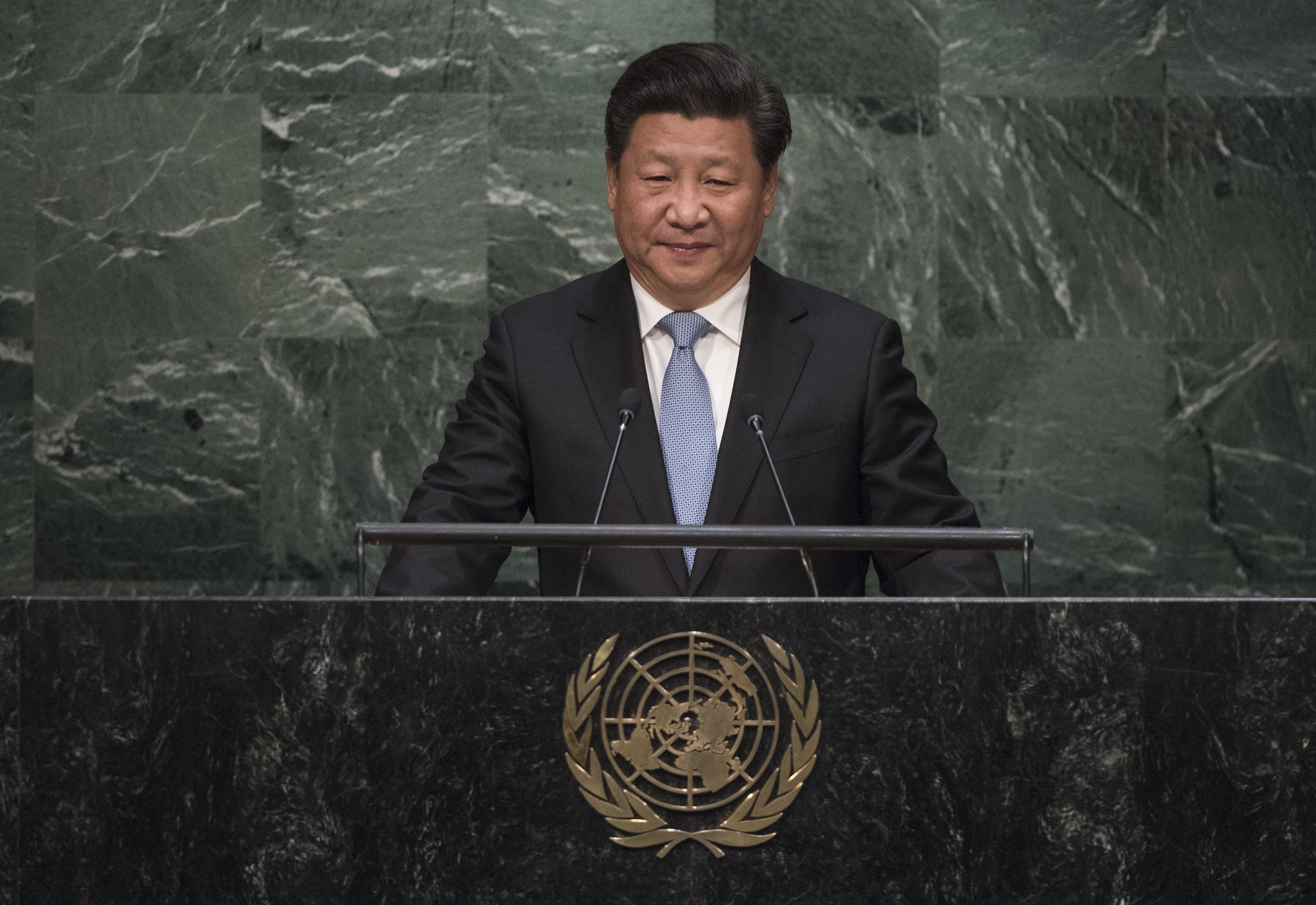 Over the last several years, the foreign policy of the People’s Republic of China, has taken a new, more assertive direction. This is a marked departure from Deng Xiaoping’s philosophy of “hide your strength, bide your time,” which had guided Chinese foreign policy for three decades prior to the accession of Xi Jinping to the presidency in 2013.

To many observers, the new direction of Xi’s foreign policy is explained as the manifestation of his power-hungry ambition. Some of his domestic policies, such as removing term limits for the office of the president, seem to confirm this. However, when one looks closely at Xi’s own words, and the policy positions he has articulated, it becomes clear that there is a grand theory behind his actions, especially on those relating to foreign policy.

Xi’s outlook of the world is guided by a paradigm of Marxist materialist dialectics, one which is reflected in his conduct of international affairs.

Marxist dialectical materialism (or just dialectical materialism) asserts that the objective, scientific conditions of the world contain within them inherent contradictions which seek resolution through new means of social organization. For instance, a contradiction in capitalism is that workers who produce goods are denied the ability to express their creative potential, something which is essential to being human.

These contradictions, Marx argued, would lead people to seek new social realities. When these people clash with the existing structure, the end product of this conflict will be a new way of social organization, and this is called progress. The existing system is called the thesis, the forces opposing it, the antithesis, and the outcome, the synthesis.

In July 2018, the Communist Party of China (CPC) held its Central Conference on Work Relating to Foreign Affairs. This intra-party conference is held only once every four years and is paramount in establishing the direction of Chinese foreign policy until the next conference is held.

As such, Xi Jinping’s 3,000-word address at this conference can be seen as authoritative on China’s ambitions and foreign policy direction for the next several years. As is often the case in Chinese politics, which is frequently mired in opacity, the full text of the speech has not been released, though several excerpts have been published in the Chinese media. The following discussion of the themes articulated by Xi will be based on these excerpts.

In the address, Xi suggests to observe the international situation, but also to look at the past to “summarize historical laws.” He says foreign policy-makers should use then use this analysis to guide their future decisions in accordance with “the trend of history.” Furthermore, he states that the development of world history has occurred through the result of “contradictions intertwining and interacting with each other.”

He concludes that in the present time, “China enjoys many favorable external conditions” to exercise its foreign policy program for the foreseeable future. While Xi Jinping’s policy articulations do not mention the traditional Marxist focus on the development of the means of production, he believes in the existence of inherent contradictions in the material world of global governance. For him, the resolution of these contradictions in the form of new methods of global organization constitutes historical laws of human development. In other words, they have occured, and more will occur, as a product of the forces of history, which are beyond the control of any one person or state. This is a perspective which comes from applying the Marxist dialectical paradigm to the entire world.

This may all sound quite arcane to western audiences, though students of 20th Century Soviet philosophy would recognize Xi’s thoughts as the expression of a “correlation of forces.” Yet, in China, the leadership firmly believes that the tailwinds of history are in its favour. It sees this belief as a supposition backed by historical evidence and one which has both predictive and prescriptive value in shaping China’s future foreign policy. The implication from Xi’s report is that the time is ripe for China to provide the world with an alternate form of global organization.

Indeed, China’s leaders see the currently dominating liberal model of the West as flawed, plagued with inherent contradictions in practice. These contradictions, they say, arise due to the law of history working against the West, as evidenced by current political turmoil in several of the most prominent western states, such as the United States, Britain, and France. It is time, according to Xi, to apply the model of “socialism with Chinese characteristics” to the nation’s foreign policy.

The objective, it seems, lies in proving political scientist Francis Fukuyama wrong on his assertion that the final synthesis of political organization is the liberal democratic model. [1] Xi therefore calls on the CPC to commence in-depth analysis of “the law of how the international situation changes” during its global “transitional period,” so that the country may better plan its strategy on foreign affairs.

The dialectical views, that is, belief in the process of thesis-antithesis-synthesis, expressed by Xi Jinping are not a new phenomenon. In fact, they make sense considering that his education at Tsinghua University was completed in the 1970’s, during a time in which all students, no matter their field of study, had to devote almost a fifth of their time to learning Marxism-Leninism-Mao Zedong Thought. [2]

Moreover, in his domestic policy, Xi has often articulated measures in the past based on dialectical reasonings, such as invoking Engel’s Dialectics of Nature to justify anti-pollution laws and saying that public officials need to be “dialectical” in their thinking. [3] All that he has done now is to apply the Marxist dialectical model to the foreign policy sphere.

Concludingly, it can be seen that China’s recent assertiveness on the world stage is guided by an overarching philosophy of Marxist materialist dialectics applied to the study of history, not a reaction to foreign pressures as some analysts have stated. Thus, it is unlikely that attempts to drastically alter China’s behaviour from the outside, be it through Trump’s trade war or through rulings by international tribunals, will have any significant impact.

Rather, it is likely that the only way in which the Chinese leadership, including Xi Jinping, will change the trajectory of their foreign policy is if they perceive a shift in world politics where the correlation of forces has turned against them. This may be signified by, for example, a resurgence of liberal democratic state growth and stability, and/or a rise in internal turmoil in China. Therefore, the performance of Western states, and thus their successes and failures on the domestic and international sphere, will have a significant impact on the future of China’s conduct in the world.