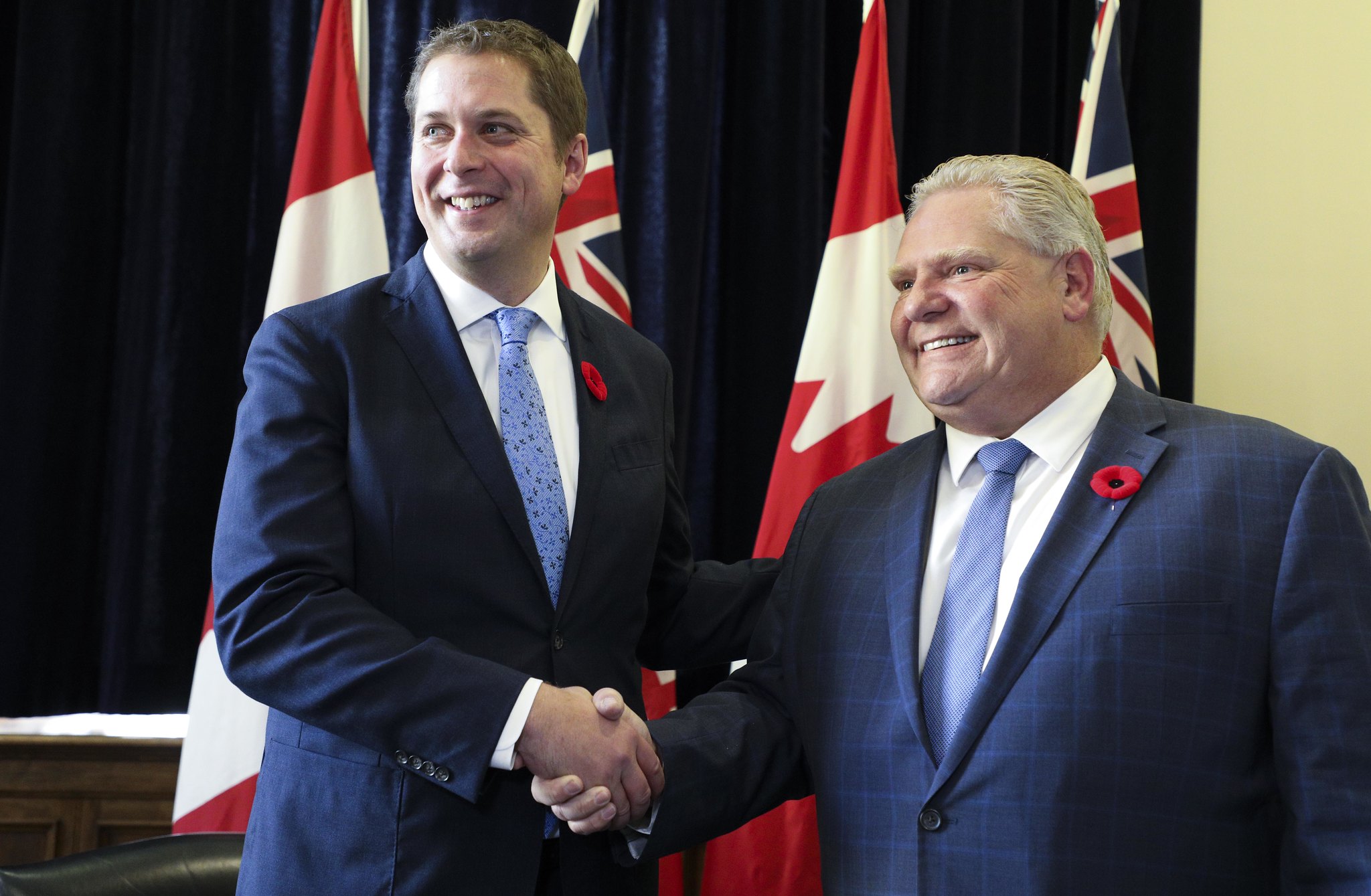 The phrase “it’s the economy, stupid” was coined by James Carville, Bill Clinton’s campaign manager during the 1992 presidential election. His message, which was intended for an internal audience, has become the golden rule for many political campaigns since. It seems simple and straightforward: since a voter’s most pertinent concern is their financial well-being, smart campaigns will prioritize ‘pocketbook issues’.

The underlying assumption of this strategy is that issues exist in a way that is ‘purely financial’ as opposed to being intertwined with social, political and environmental factors. This vision of politics separates the economy from other policies and elevates it above other issues such as health care, education, and immigration.

Ontario as a Microcosm for the Federal Election

During a speech at the Economic Club of Toronto, federal Conservative Leader Andrew Scheer moved between anecdotes about choosing between the cost of football camp or baseball camp as a child and direct references to the $71-billion added to the national debt under Justin Trudeau’s leadership. He also promised that a Conservative government would not use the taxpayer’s pocket as a “bottomless pit.”

Considering this messaging, it seems the Conservative party is adopting elements of Carville’s pocketbook strategy. If we use the 2018 general election in Ontario as a microcosm for the federal election, we see a real-time example of how well this strategy actually plays out.

After 15 years of Liberal governance that pushed various social reforms, Doug Ford ran a campaign centralized around affordability. Promises to eliminate financial inefficiencies, reduce deficits and to introduce “buck-a-beer” were positioned to be non-controversial. In practice, however, Ford’s tenure has raised questions about what programs are considered inefficient and whether “a buck-a-beer” constituted a legitimate political priority.

Throughout his tenure, it has since become exceedingly clear that a provinces’ economic policy and approach to ‘pocketbook issues’ speaks to core social values. Fundamentally, a tug of war exists between the individualistic notion of voting based on one’s personal financial situation, and the collectivist notion of voting to ensure public services are adequately funded.

Despite Ford election on a wave of support for greater financial restraint, his post-election ratings indicate this restraint is easier said than done. In this way, affordability is perhaps a question of the framing rather than one of the simple math. While the left painted affordability as a matter of adding public services such as pharmacare and dental care, Ford depicted it as a matter of subtraction with a promise of $6 billion in unspecified budget cuts and spending measures. If the evidence from Doug Ford’s election in Ontario demonstrates anything, however, it is that this subtraction is more controversial in practice than when presented in numbers.

A Tax Cutting Warrior (For Some)

In April 2019, the Ontario government tabled a plan to eliminate the $11.7 billion deficit. The plan, titled “Protecting What Matters Most,” has been used to justify cuts across public sectors and programs including overdose prevention sites, financial assistance for college and university students, legal aid, and the Indigenous Culture Fund.

Considering the messaging presented in the budget about “invest[ing] in priorities that people value,” is the Premier’s Office suggesting that the programs and voters these cuts affect are not valued enough to survive the chopping block? While speculative, this question becomes apparent when a budget is created purely as a matter of accounting and without consulting relevant stakeholders.

In fact, in the budget’s introduction written by Finance Minister Vic Fedeli, he defined the need for fiscal restraint mainly as a question of placing “more money in people’s pockets.” According to Katchy Brock, a Professor at Queen’s University, this description of the provinces’ finances in terms of the pocketbook of an individual voter portrays Ford as a “responsible steward for taxpayer’s money” and “tax-cutting warrior.”

However, when confronted with the realities of governing, budget mathematics is deeply entangled with the personal nature of politics.  In fact, a succession of polls in the six weeks since the tabling of the budget places Ford below 30 per cent approval, with between 64 and 70 per cent of Ontarians disapproving of his performance.

Following this polling (and arguably, as a result of it), Ford has postponed the same types of funding cuts he promised would save Ontarians money. Suddenly, the rhetoric of austerity transitioned to one about being “a government that listens.” In using Ontario as an example of the pocketbook strategy, the federal Conservatives have been given an opportunity to raise questions amongst voters about who gets to define governmental values.

In the post-election political climate, this push to depict affordability as purely economic, without consulting the social and environmental impacts, will be likely to hurt the party in the long term.

As demonstrated by a popular petition launched by Toronto Mayor John Tory, several walkouts, and student demonstrations in response to funding cuts, this pushback may have already started.