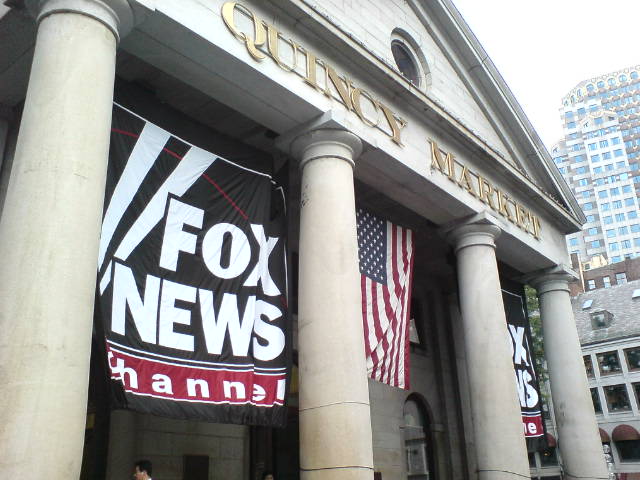 Rachel Maddow, host of the nightly Rachel Maddow Show on MSNBC is at the peak of her career as a television host and political commentator. Since 2016, Maddow’s show has garnered an average of 2.5 million views a day and been awarded two Emmy awards for “Outstanding Live Interview” and “Outstanding News Discussion and Analysis”. Currently, the Rachel Maddow Show holds the honor of being cable network’s highest rated news show, allowing Maddow to best Fox News’ Sean Hannity. The fact that Maddow’s success erupted in 2016 is not coincidental, however. Rather, the host has made a name for herself lambasting the Trump administration, including Maddow’s heavy focus on the theory that President Donald Trump colluded with Russian officials to tamper in the 2016 elections.

With such an impressive viewership, one would expect that any journalist would jump at the chance to spotlight their pieces in the shining lights of Maddow’s current fame. However, on May 19th, when producers of MSNBC reached out to New York Times Finance Editor David Enrich to talk about his front-page report on Deutsche Bank’s flagging of suspicious activity in Donald Trump, Enrich shockingly declined. His reasoning? The New York Times was worried about the perception of sending Enrich, a historically centrist reporter, to a firebrand liberal like Maddow, on a show with such a clear political slant.

According to a Times spokeswoman, this worry is well outlined in the Times’ “Ethical Journalism Handbook”, which states that “in deciding whether to make a radio, television or internet appearance, a staff member should consider its probable tone and content to make sure they are consistent with Times standards. Staff members should avoid strident, theatrical forums that emphasize punditry and reckless opinion-mongering”. However, this emphasis on the handbook seems to be newfound, as Times reporters have appeared on the likes of Fox News, CNN, and even Maddow’s own show in the past.

The Times’ worry over their perception does not come as a surprise in the Trump era of journalism. The President has single handedly led a charge against so-called “fake news”, particularly condemning the Times as a biased player, tweeting that “after being forced to apologize for its bad and inaccurate coverage of me after winning the election, the FAKE NEWS @nytimes is still lost” mere days after his appointment. Such criticism has grown to be so extreme that just this June, Deputy Managing Editor Rebecca Blumenstein of the Times felt the need to clarify that “we are in no way anti-Trump”, suggesting that they are cognizant of their left-leaning perception and that they maintain a desire to be thought of as down-the-middle journalists.

Despite this newfound condemnation of partisan journalism, often flanked as “fake news” by Trump himself, the American media machine has always had a strong tendency to support partisan reporting. In the Obama era for example, partisan cable networks soared in popularity, with the likes of Fox News and MSNBC having their biggest rating years in history.

Not coincidentally, because of this rise in cable popularity, many saw a translation of this biased reporting to presidential support.  For example, in 2016, while eight in ten Democrats on average approved of Obama’s work, only about one in eight Republicans did so. This drastic difference spotlights what partisan media aims to profit off of: starkly divided, loyal bases.

This rise was also bolstered by the increasing popularity of social media. By 2008, social media platforms like Facebook and Twitter had transformed themselves from mere networking apps to full-blown media outlets. However, the issue with such information sharing platforms is known as the “two rivers” effect. Defined as “the result of the self-selected flows we direct ourselves to via Twitter feeds and chosen for us by Facebook’s and Google’s almighty algorithms”, such an effect ensures that news consumers have to consciously and actively search out for alternative news sources to ensure they aren’t isolated to their own camp’s media.

However, despite preexisting partisanship in the Obama era, the age of Donald Trump has emphasized the “two rivers” divide. According to a Pew Research study on new coverage of a president’s first 100 days, 69% of news coverage focused on Donald Trump’s character rather than his agenda, compared to 35% of news coverage focused on Bush’s character. Such coverage can be helpful when predicting how a president will act in certain situations. Mostly though, it demonstrates a blatant bias based on abstract qualities, rarely ever being unbiased reporting.

This partisan reporting under Trump is, however, strategic on his part. President Trump, whose platform has always been a divisive one by marginalizing large populations, has required adherent support from a conservative base. This base, which is more in-tune with partisan channels, thus grants him more support than appealing to a centrist population. This reaped wild benefits in the 2016 election, where statistics showed that Fox News boosted the Republican vote share over 6%, a drastically larger share than in 2000, at a 0.5% boost.

Thus, the New York Times’ affirmation to protect unbiased reporting is honorable. However, it is also increasingly anomalous for its time. With journalism profiting more off of eye-catching partisan reports, social media pushing for a “two rivers” view, and politicians profiting off of divisive narratives and loyal bases, it appears that the frame of journalism has shifted.