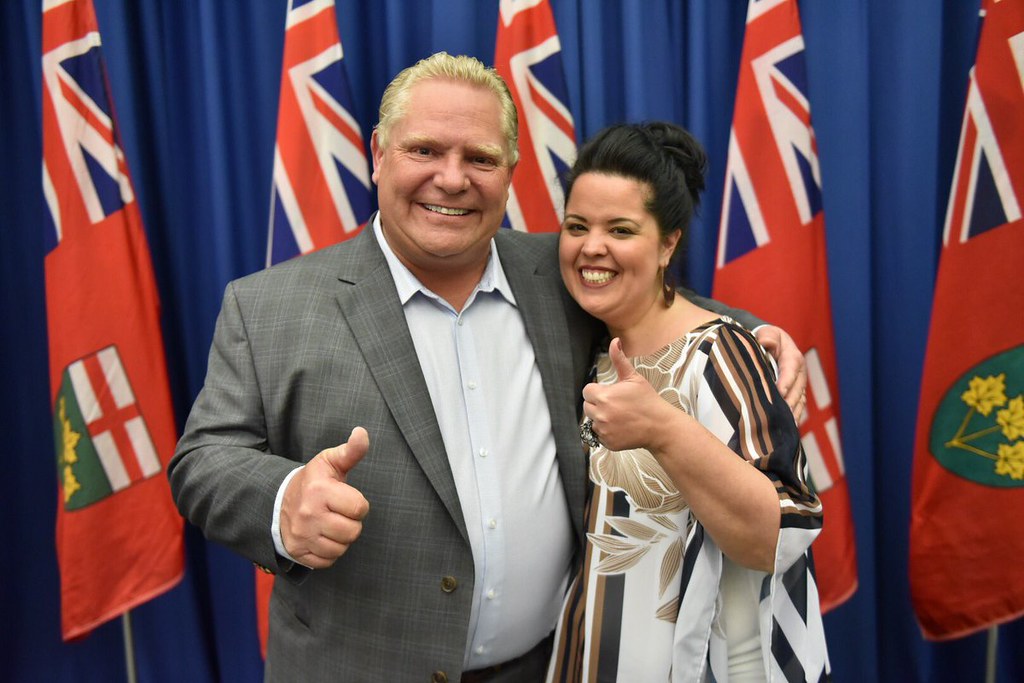 In June, Ontario Premier Doug Ford’s approval hit an impressive low. After winning 40 percent of the popular vote in 2018, Ford’s approval registered at just 29 percent one year later. While his approval ratings have been less than stellar, the Premier has seen much higher numbers in another metric: perceived corruption.

In a recent poll, nearly 60 per cent of Ontarians felt that the Ford government is corrupt. More specifically, 63 per cent of respondents answered that too many of the Premier’s “cronies” had been given jobs. This perception is not the result of one specific scandal. Rather, it emerges from a long line of questionable appointments and dubious actions.

Gavin Tighe, the Ford family lawyer, was appointed to the Public Accountants’ Council on a 3-year term with a salary of $166,666. Reuben Devlin, a friend of Ford and former Ontario PC party president, also landed in a $348,000 job, making him one of the highest-paid Ontario government employees.

One of the most controversial moves Ford has made in his first year was the appointment of Ron Taverner, a close family friend, as Commissioner of the Ontario Provincial Police. After the appointment, it was made public that requirements for the job were modified after the posting, and that Taverner would not have met the original requirements.

Several sketchy appointments and employment opportunities can be linked to Ford’s former chief of staff Dean French. Tyler Aberacht was appointed to a position in New York with a salary of $164,000. When it was publicized that Aberacht is friends with French’s son’s, and played lacrosse at St. Michael’s College while French was a coach, his appointment was cancelled. Thomas Staples was also coached by French in lacrosse and joined then-government whip Bill Walker’s office, despite no experience working in politics and having not completed his undergraduate studies.

After a two-week review into his appointment, Andrew Suboch, another long-time friend of Dean French resigned. He had been appointed to the Justices of the Peace Appointments Advisory Committee. His connections to French were revealed, and it subsequently also became apparent that Suboch was found to have engaged in professional misconduct by the Law Society of Ontario in 2012.

Keeping Costs Off the Books

Besides these appointments and hiring scandals, Ford’s government has found itself in a number of unflattering situations.

Ontario Provincial Police (OPP) deputy commissioner Brad Blair went public with allegations that the Premier’s office had lobbied the OPP to grant Ford a customized travel van, complete with reclining leather sofas, flat-screen television, Blu-ray, fridge and more. The cost of this customization was estimated to be $50,000, not including the original cost of the van. Notably, Blair alleged that Ford’s chief of staff had requested the cost be “kept off the books”.

Blair also raised the alarm about the appointment of Taverner and was fired shortly after, a move that drew criticism and accusations of silencing whistleblowers. Blair’s lawyer argued that Ford’s government engaged in an “abuse of power” and that his client’s firing was “legally suspect.”

The irony that the majority of Ontarians describe the Ford government as corrupt is not lost on those who followed his campaign. For much of the campaign, Ford railed against “Liberal insiders” whom he claimed had gotten rich under Kathleen Wynne “off the backs of the taxpayers of Ontario.’’ In doing this, Ford promised to “restore accountability and trust” — a promise that he has failed to deliver in the eyes of many Ontarians.

The irony goes even deeper, as Ford constantly references  “Wynne and her cronies,” only to have that same language turned on him by a significant majority just one year later.