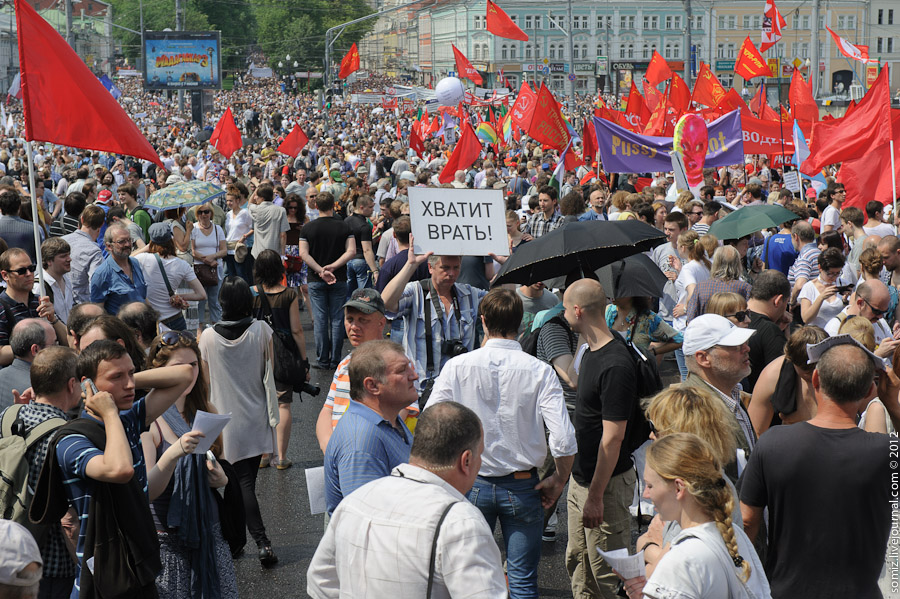 Ongoing protests in Moscow have shaken the Kremlin. Last Saturday, over 1,300 protest participants were detained by Russian police forces following a day of clashes and violence between police forces and protestors. Protestors march in opposition to the decision by the Moscow election authorities to block opposition candidates for the September Moscow City Duma Elections. The protests drew between 3,500 to 20,000 participants, depending on who is counting — government officials or opposition groups.

This is not the first time Russia has seen massive protests. 2011 marked the beginning of what was dubbed the ‘Snow Revolution,’ in which thousands marched in the name of freer elections in the country. Protests lasted from 2011 to 2013 and were initially a response to Vladimir Putin’s United Russia Party’s success in the parliamentary elections, where it is believed that the national electoral process was corrupted. The most recent civil unrest echo similar concerns with Russia’s political system: the need for more democratic reforms, freedom of political expression, and a decrease in corruption.

The Moscow City Duma plays an important role in passing municipal laws, as well as adopting and allocating a budget for the city. Despite this, it is estimated that only 20% of eligible voters participated in the 2011 City Duma elections. With a turnout rate so low, it is reasonable to question why citizens are only now objecting to corruption within the City Duma. Aside from the desire to achieve fairer a election process, the protests seem to reflect a deeper concern about what the future of Russian political leadership will look like, especially when considering the end to Putin’s term in 2024.

With the country at an economic crossroads, the people of Russia hope for deeper political change. According to the World Inequality Database, Russia’s wealth stratification ranks lowest among all major economies, meaning that the gap between the rich and poor is prominent. With institutionalized corruption taking place, the poor only seem to be getting poorer, average incomes falling for the fifth year in a row. It also appears that there is no light at the end of the tunnel. In terms of greater economic change, the Russian economy lacks diversification: oil is its greatest resource, and with drops in oil prices, coupled with Western sanctions, economic frustration is continually felt by many across the country.

The dissatisfaction of the Russian people with the country’s institutions does not bode well for Putin. According to public Russian opinion pollster, VTsIOM, Putin’s trust rating lowered by 31% earlier this year. With that being said, Putin’s trust rating then seemingly doubled following criticism from the Kremlin regarding VTsIOM’s methods of polling.

Perhaps it is these kinds of deceiving actions by the Kremlin which brings about protestor’s concerns with their government. In fact, election polls from the Levada Centre indicate that Ilya Yashin, a prominent opposition figure and politician, is 28% ahead of his closest Kremlin-backed rival in his electoral district. However, it is unlikely that Yashin will be elected into the City Duma, especially when ruling government officials believe opposition politicians, like Yashin, are being supported by Western powers.

Yashin was arrested ten days ago and found guilty under the Russian Administrative Offences Code for “violating the established procedure for organizing or holding a rally.” In addition, Alexei Navalny, leader and founder of the Russia of the Future Party, is now serving a 30-day sentence in a Moscow jail for participating in the protests. Navalny believes he was poisoned in jail after having suffered “a severe allergic reaction.” Several other notable opposition figures make up those arrested and detained at the protests last weekend.

Protests are nothing new for the Kremlin to handle. However, the increased use of force by police authorities against protestors is indicative of a government shocked by the sheer mass of opposition being propelled towards them. A general aversion to the ruling United Russia party seems to be ever-growing, leaving allies of the Kremlin in a fog on how to regain political trust across the country.

Putin’s popularity is also shaky, with 45% of voters having stated in late 2013 that his reelection in 2024 would be unfavored — an all-time high. However, it should be noted that Putin’s foreign policy, and the stability he brings as a leader is typically highly regarded among voters. Perhaps an increased international presence, coupled with growing economic gains, could help bring the Kremlin back into a positive light.