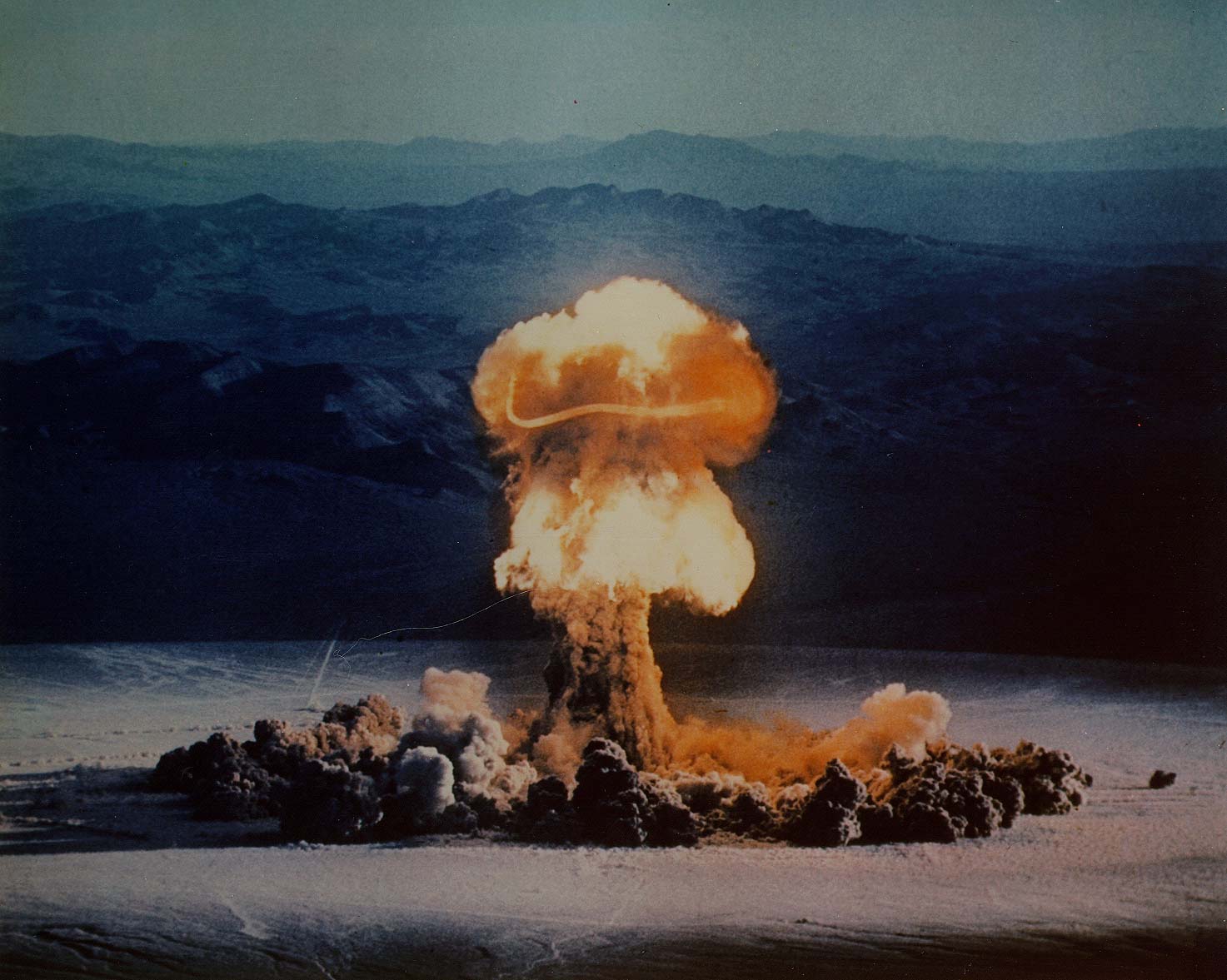 The Iran Nuclear Deal or Joint Comprehensive Plan of Action (JCPOA) was signed in Vienna in July 2015 with the intention of preventing Iran from accessing nuclear weapons, in order to decrease the threat that Iran allegedly posed to world security.

However, the Trump administration’s decision in May 2018 to withdraw from the JCPOA has left the rest of the permanent Security Council, as well as the European Union, scrambling to keep the deal alive.

In the meantime, Trump’s withdrawal from the deal has allowed the U.S. to apply “maximum pressure” sanctions which had previously been removed in accordance with the deal. As a result, heightened tensions between the U.S. and Iran have created a potential flashpoint in the Gulf that could precipitate a major conflict.

Trump and his key “hawk” National Security Advisor John Bolton likely see these sanctions as a means to force regime change in Iran – in line with both the U.S.’s current actions in Venezuela, as well as with historical U.S. objectives throughout Central and South America.

However, these sanctions are more likely to result in a hardening of control exerted by the Ayatollah, an increase in power of the Revolutionary Guard, as well as an increased focus on enriching Uranium and developing ballistic missiles. In short, the U.S. may have miscalculated Iran’s resolve to continue producing enriched uranium, and the EU’s desire to maintain the deal – a resolve bolstered by unlikely allies in Russia and China.

Neoliberal international relations scholars would likely argue, or at least hope, that even without U.S. support, the EU and the JCPOA may be able to contain Iran. [1] After all, in their view, international cooperation, as exhibited in international institutions and deals, is of great importance in ensuring global security and peace.

Yet concerns still remain in Israel and the United States that without the U.S.’s military and economic support the deal cannot survive. In fact, despite with the U.S.’s traditional allies rejecting this, it seems that the JCPOA is likely to fall apart. As such, it is time to assess the possibility as well as the theoretical implications of Iran having a nuclear weapon.

Iran has sought to attain nuclear weapons, at least in part, in order to buffer against American interventionism in the region – especially in light of the U.S.’s strong and lasting relationship with Israel. The U.S. has viewed Iran’s attempts at gaining nuclear weapons with suspicion, seeing this pursuit as a threat to world peace.

This is a somewhat ironic view considering America’s wars in Afghanistan and Iraq, its interventions in Libya and Syria, and its continued support of Saudi Arabian human rights violations.

Through its hostile stance, it appears that the U.S. has pushed Iran closer to Russia and China, thereby providing Iran with allies who are not only powerful and capable, but also regard the U.S. with at least some suspicion. It would thus hardly be an overreach to call the U.S., rather than Iran, the most destabilizing actor in the Middle East over the last 30 years.

Moreover, the prospect of Iran’s possessing nuclear weapons may not be as dangerous as presupposed by Trump. Dating back to the Cold War, international relations theorists have viewed the theory of Mutually Assured Destruction (MAD) as the most promising way to avert nuclear war. While such theorists recognize that global nuclear disarmament should be the ultimate goal, a controlled nuclear weapons program with adequate restrictions and technical oversight is likely a more realistic way for the U.S. to treat Iranian nuclear ambition.

In fact, according to MAD and the neorealist perspective, assuming that Iran is a rational actor, allowing Iran to have weapons in this manner may even help to stabilize, rather than threaten, world security. [2] After all, as it seems, in particular without a deal, it is only a matter of time before Iran develops nuclear weapons – possibly with the help of Russia or China.

For too long Iran has been treated as an automatic enemy due to the Islamic nature of its republic, and the positioning of its hardline clerics led by the Ayatollah. Consequently, should the U.S. realize that interventionism is no longer the ideal way to ensure security in the Middle East, it may yet see a future where Iran can develop in peace.

Of course, allowing Iran to develop nuclear weapons, and to thus join the elite club of nuclear powers, may nonetheless prove destabilizing if Iran is in fact not a rational actor and/or is, as suggested by the U.S., hell-bent on destroying the West. Indeed, its anti-democratic tendencies, treatment of the LGBTQ community and women, as well as its hostility towards Israel, certainly appear to indicate that a nuclear Iran would not ally with the West.

Perhaps then, if the U.S. and the West are to allow Iran to develop nuclear weapons, Iran would have to make some reforms in order to prove its supposed goodwill and benign nature. At the very least, Iran would have to make an effort to prove that its interest in nuclear weapons is of a defensive, rather than offensive nature – thereby satisfying MAD, alleviating Western concerns, and contributing toward peace.

However, as aforementioned, such a peace would be dependant on rational leaders prevailing in Iran – and even so, the risk of weapons eventually falling into the hands of an unstable leader remains a great risk.

Overall, in light of its current hostile stance, short of war with Iran or the JCPOA, the U.S. has few options but to, as it has, publicly shame Iran and apply sanctions. Yet should a new administration be elected in 2021 and the JCPOA prove a complete failure, a shift from the current (failing) neoliberal approach to a more neo-realist long-term, MAD-based agreement, could prove beneficial to promoting security and stability in the Middle East and beyond.

Image by the International Campaign to Abolish Nuclear Weapons via Flickr Creative Commons.