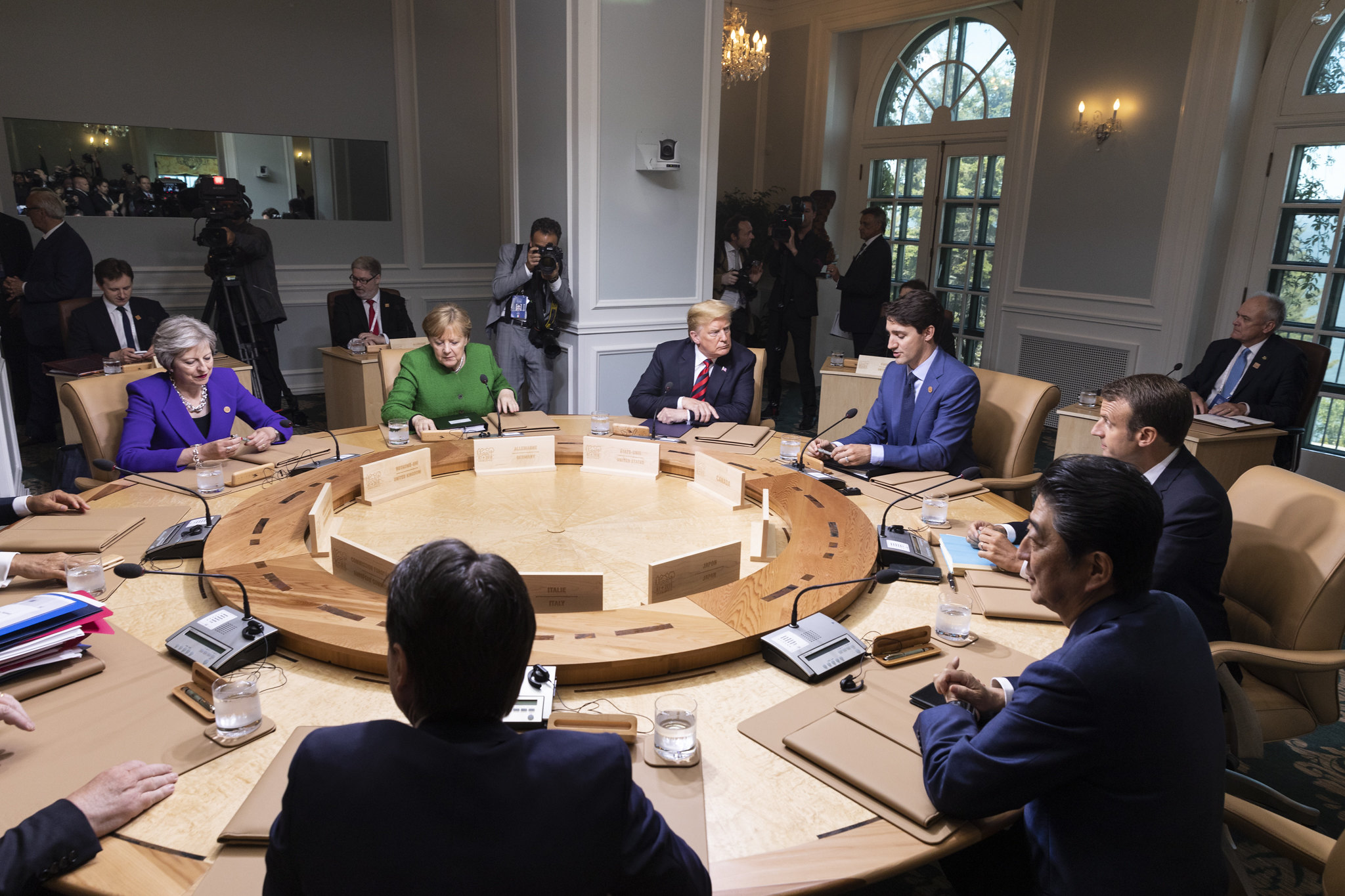 On August 24-26, seven countries will come together in Biarritz, France for the 45th G7 Economic Summit. The Group of 7 (G7) consists of the United States, France, Great Britain, Germany, Italy, Japan, and Canada, with the European Union dubbed the eighth member.

After U.S. President Donald Trump unexpectedly left G7 proceedings in 2018, those participating this year will likely be tense and apprehensive. These feelings will only be exacerbated by the current political climate.

Prime Minister Giuseppe Conte will represent Italy, despite resigning this past Tuesday. Meanwhile, while considered one of the most influential voices of Europe, Angela Merkel’s influence wanes as she prepares for her departure, while Britain is facing uncertainty regarding leaving the EU later this year. Furthermore, the Canadian federal election is in October, with Trudeau’s Liberal party trailing in the polls. This political uncertainty could result in the culmination of greater difficulty in attaining desirable and lasting agreements.

French President Emmanuel Macron has set the agenda of “addressing inequalities,”  but the majority of discussions are expected to take place outside of the scope of the pre-set summit agenda. The Iran Nuclear Accord, Brexit, and the ongoing US trade war with China are all likely topics of discussion.

Ahead of the summit, Macron will be meeting with Iranian officials to make proposals aimed at de-escalating tensions between Iran and the United States. Since the United States pulled out of the deal in May 2018,  the country has grown increasingly hostile towards Iran through the imposition of heavy economic sanctions.

This is worrying to other members of the G7, as Iran has already begun to retreat from some of its commitments.  As such, discussions begun by Macron will likely carry on to dominate discussions of this year’s G7 summit to ensure the survival of the Iran nuclear deal, as well as ensuring further security in the region.

While Trump will certainly not be interested in renegotiating partnership in the deal, other G7 countries are likely to focus on further collective development of strategies to de-escalate tensions between the United States and Iran.

Representing Great Britain at the G7 is new Prime Minister Boris Johnson, whose G7 appearance will serve as his formal introduction onto the global stage. Johnson will likely use such a moment to his prerogative, using the summit to announce further details on his plan for Britain’s departure from the EU. Johnson is expected to attempt to convince both Merkel and Macron to renegotiate the Brexit deal.

However, given that the EU’s stance towards Britain has been uncompromising thus far, Johnson will likely be received with much dismissal. Consequently, it can be expected that Johnson will begin the transition towards economic reliance on the United States.

However, Johnson’s alliance with Trump may be risky for Britain’s future. After Trump’s unexpected exit from the 2018 G7 summit, tensions will be high. While Johnson may have much to gain initially through a US trade partnership, it could leave Britain mostly isolated in the long run.

Economics: US Trade War with China and Tariffs

As the United States’ relationship with China continues to worsen, many are beginning to fear the emergence of a worldwide recession. Though China will not be a part of G7 proceedings, participating nations will treat this situation as a priority in their discussions with the United States this upcoming weekend.

Another item on the agenda is deterring Trump from increasing tariffs on European and Japanese exports of auto and auto parts to the United States. Such a situation is increasingly worrying for Merkel’s Germany. Germany currently plays a dominant role in the European automotive industry, and such an instalment would cause Germany’s economy to suffer greatly.

As a result of these looming economic threats, European countries, spearheaded by Macron and Merkel, will likely work together to loosen their reliance on the United States, and instead focus on establishing further trade relationships with the EU and other G7 members present, largely excluding the United States from participating in discussions.

The Current State of the G7

While the G7 once encouraged like-minded collective action, the power of the group has been undermined since the arrival of Trump. The American president rarely agrees with other members on topics like trade and climate policy. What was once a summit of lasting harmonious agreements has since become a summit of searching for the lowest common denominators among nations’ common ground interests, resulting in agreements that contain little material and offer little to no gains.

Macron has set forward a promising agenda in the goal of promoting prosperity, but as a result of disagreements spearheaded by the United States, the othe national leaders are likely to leave Biarritz disappointed, with little to show for their efforts. In fact, Macron has already announced the G7 will not release a joint statement at the end of the summit, a first in the group’s 44-year history.

Featured image by the White House via Flickr Creative Commons