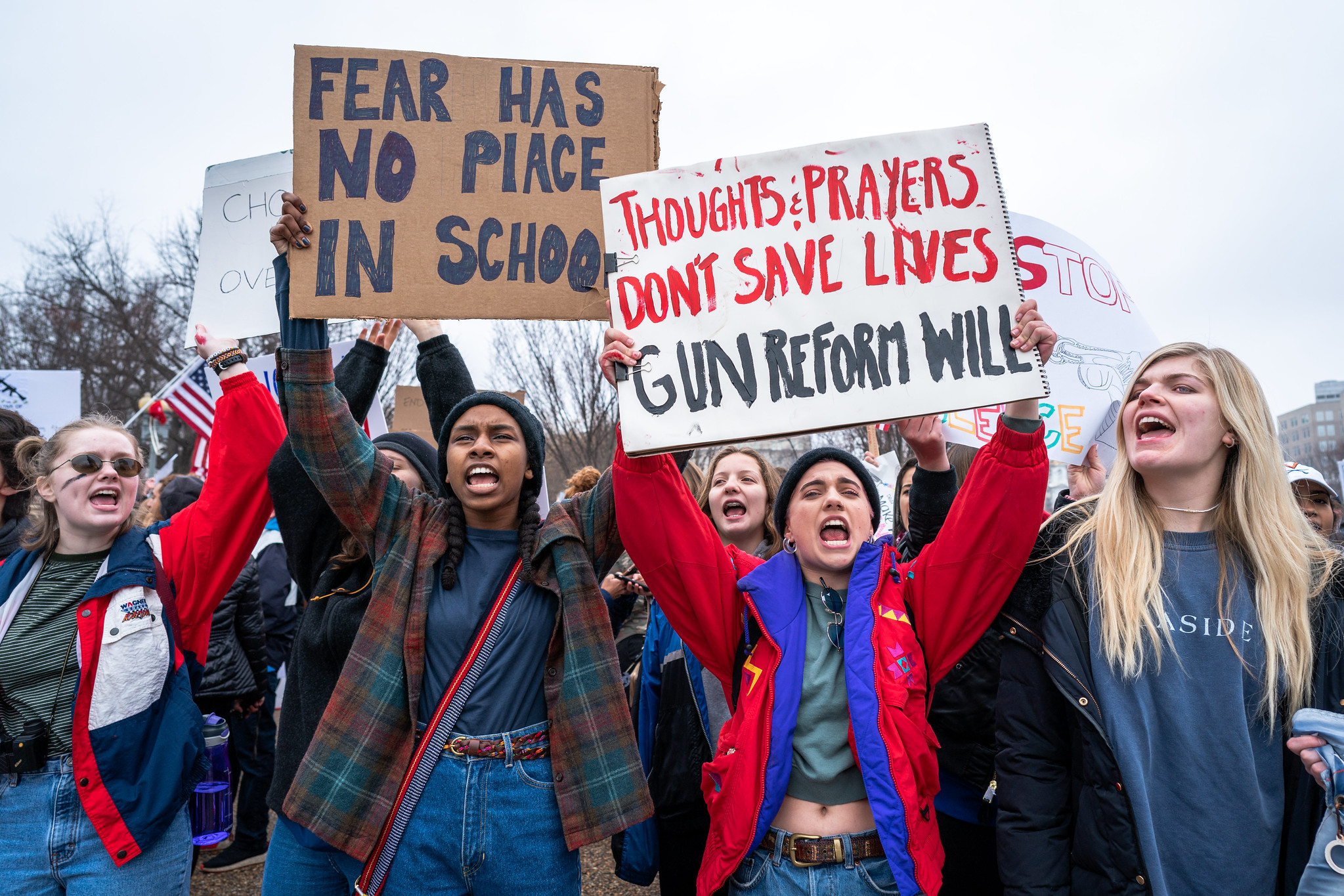 For many Americans, “thoughts and prayers” is no longer a sufficient response to gun violence. The usual routine, consisting of intense news coverage and empathetic political speeches following mass shootings, that results in very little action, has exasperated the majority of voters. Yet, despite this shift in public opinion, the US’s relationship to guns and its dysfunctional governmental structure makes it exceedingly difficult for legislators to make progress on gun reform.

With respect to gun control as a major political issue, America is certainly unique. Firstly, the US has substantially more civilian weapons than other developed nations. The United States is home to less than 5% of the world’s population, but 46% of the world’s civilian owned firearms. That’s more than 260 million guns.

There is a clear correlation between high levels of gun ownership and gun violence. Among developed countries, the US has the highest homicide-by-firearm rate. In 2017 there were more firearms than people. The US has, by far, the highest number of privately owned guns in the world. The world’s second-ranked nation is war-torn Yemen. On average, there is one mass-shooting in the US everyday. Opponents of gun control tend to point to other factors, such as mental illness and a vicious video game culture as causes of America’s unique gun problem, but the statistics point to levels of gun ownership as the key independent variable.

Fortunately, it appears as though the electorate’s opinion on gun control has shifted in recent years. Activists are demanding tangible action. Even prior to the shootings in El Paso and Dayton this month, polls have shown the highest support for stricter gun laws in 25 years. 78% of millenials believe that it is far too easy to purchase a gun. 89% of Republicans support expanded background checks.

The newest generation of active voters have lived through a different reality than their predecessors. Younger voters have grown up in the age of mass shootings, and experienced active shooter drills in school.  Many of them thus associate weapons with fear rather than freedom.

In response to this shift, Democratic presidential candidates have demonstrated a relatively united front in regards to gun control. “We cannot continue to live in this reality”, presidential candidate Cory Booker wrote in an email to his supporters following the most recent mass shootings, further commenting that “there are many steps we can take to end this uniquely American problem”.

Most Democrats agree that background checks, red flag laws, and a ban on assault weapons should be implemented. Elizabeth Warren has focused much of her campaign on government corruption, and has incorporated the gun debate into this message. She has vowed to appoint an attorney general to investigate the National Rifle Association’s business practices when elected. Kamala Harris has promised to use executive actions to institute extensive background checks and ban the importation of assault rifles.

Presidential candidate Andrew Yang has suggested that the government should invest in “smart guns” that use biometric technology to ensure that only the owner of the gun is able to pull the trigger. Joe Biden has also endorsed this strategy, although he has claimed that “our enemy is the gun manufacturers not the NRA”. Pete Buttigieg wants to take gun reform one step further, by investing US$1 billion into combatting domestic terrorism. His platform also includes establishing a national gun licensing system, and monitoring platforms like 8Chan, which have contributed to the proliferation of white supremacist rhetoric.

Yet, although it is important for presidential candidates to advocate for such sweeping change, it is unlikely that their proposals will go anywhere as long as the Senate is controlled by Republicans. Under the leadership of Republican Mitch McConnell, the Senate has become a “legislative graveyard,” as characterized by Chuck Schumer and Nancy Pelosi. McConnell has referred to himself as the “grim reaper” when it comes to liberal legislation, partly due to his history of shutting down any bill that places restrictions on gun ownership. Democrats have pressured McConnell to bring the Senate back from August recess in order to vote on a background check bill; unsurprisingly, he has refused.

Moreover, only two Republican senators are on record as supporters of the enforcement of background checks, despite the overwhelming public support for the bill among Republican voters. Even if Schumer is able to rally all 47 Democrats and a few Republicans, it is unlikely that any significantly progressive bill will be passed considering that 60 votes are needed to override a filibuster. For the Democrats to stand a chance at passing gun reform, the party’s strongest Senators need to re-run for Senate, and yet most of these people have chosen to run for president instead.

In order to actually make a tangible difference, Democrats cannot only rely on beating Trump. Deposing Mitch McConnell is just as important. Unless Republicans step up and start listening to the majority of their supporters, significant progress on gun reform will require both a Democratic majority in the Senate, a Democrat as President, as well as the elimination of the filibuster. These tasks are no simple feat. Yet until they are completed, as the body count continues to rise, it is unlikely that voters will get much more than “thoughts and prayers”.

Featured image by the Lorie Shaull via Flickr Creative Commons