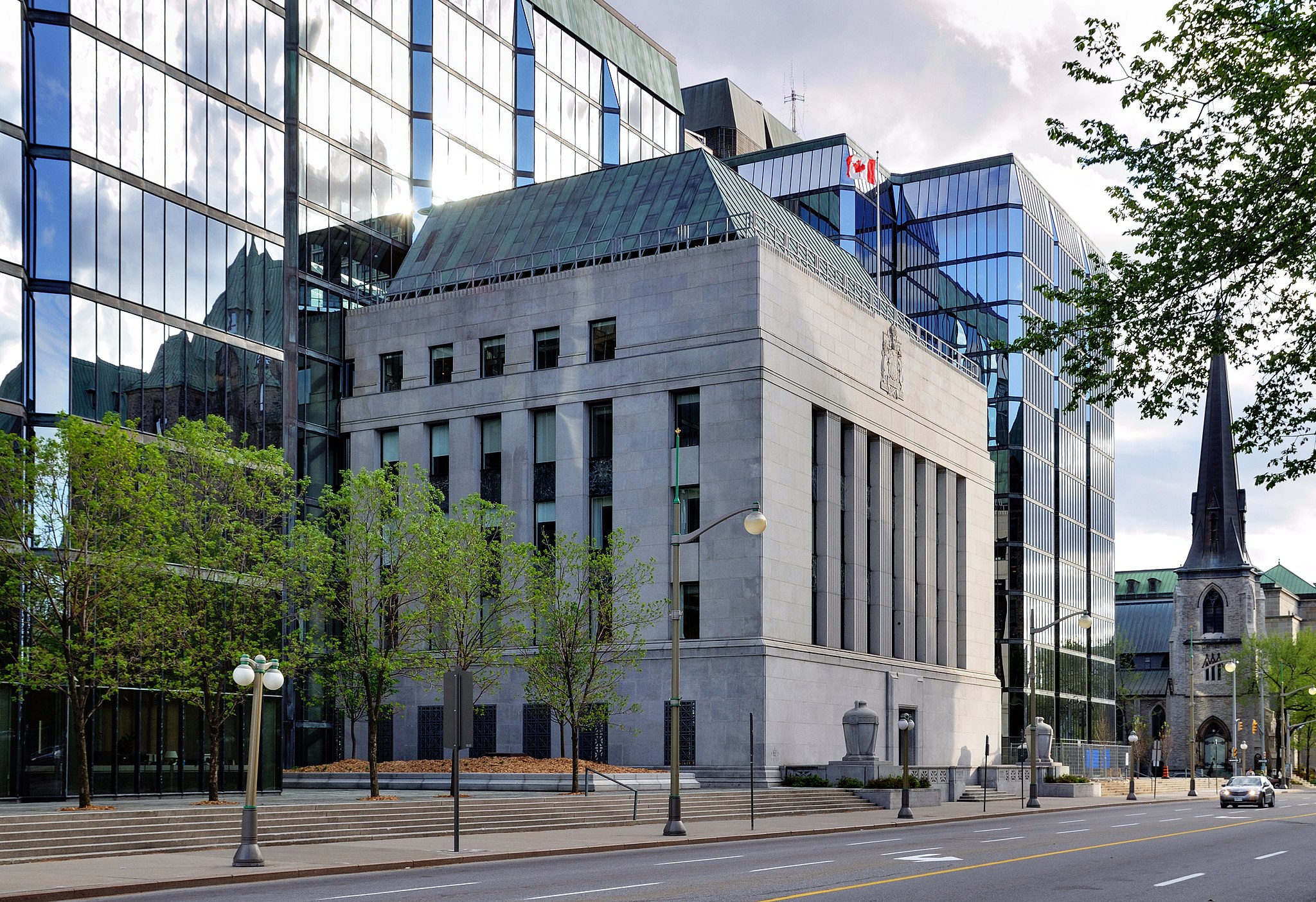 Headlines have forecast a worldwide economic downturn in the coming years. Among other rationales, experts point to slowing German, Chinese, and British economies, the United States-China trade war, and rising Canadian consumer debt. While recessions tend to happen every decade or so, it is unclear to economists whether time or another underlying factor actually triggers them.

There is agreement, however, that a recession in the global economy will spill over to Canada as our GDP is highly reliant on trade. Even if the global economy is not in trouble, key indicators show weak points in Canada’s domestic economy. This article provides an analysis of interest and unemployment rates, the yield curve, and residential building permits to assess whether a recession is in the near future for Canadians.

How Low Can Interest Go: Consumer Debt in Canada

Low interest rates encourage individuals to take on debt since it costs less to finance over the long term. In particular, it spurs the purchase of property: three-quarters of Canadian debt is in the form of mortgages. Typically, the central bank lowers interest rates during recessions to spur growth and then increases them once the economy stabilizes. In the past ten years, however, the Canadian economy has faced multiple shocks including the 2008 financial crisis and the 2014 drop in oil prices. As a result, the Bank of Canada has kept interest rates lower than it normally would.

Fortunately, Canada’s domestic wages continue to increase. So long as wage growth exceeds consumer debt growth, households will be able to service their debt. That stated, the slowing of the global economy has led the Bank of Canada to continue to keep the interest rate low, which encourages more spending. If an external shock, such as a global recession, causes high levels of job loss, Canadians may not be able to service their debt. This job growth is concentrated in tech and the service sector and has been driven by Ontario, Quebec, and British Columbia. While the increase in employment has largely been among youth, much of the job growth is part-time, which would be the first area to decline in a recession. Furthermore, Ontario did not see the same growth in youth employment as the rest of Canada, which could be linked to their higher minimum wage. The declining foreign investment into Canada points also to low labour productivity and the slowing global economy which means that job growth is unlikely to have an effect on GDP per capita. Seeing the Downside in the Yield Curve: Instability Expected in the Long Term

The strongest predictor for an upcoming recession in any country is the yield curve. The yield curve compares the interests rate on short-term and long-term bonds. A yield curve should be increasing: individuals should earn more interest on savings which are locked in for longer periods. In contrast, a decreasing or inverted yield curve indicates short term savings perform better than long term and high levels of uncertainty about the economy over the long term.

Figures 2 and 3 show yield curves since 2007.  After the recession in 2008, yield curves started to increase. However, in  2015, the yield has started to plateau. Inversion of the yield curve started in early 2019 and data as of August, shows a clear downward slope. This inversion has also placed additional pressure on the Bank of Canada to cut interest rates to stimulate the economy. In this US, yield curves have also started to invert causing greater concern that a recession is on its way. Residential Housing Permits: A Turn for the Worse or Just a Temporary Dip? A final, prominent indicator of economic success are residential building permits. Individuals tend to buy houses when they have positive expectations about their future earnings. Essentially, when individuals expect to have a job and increased earnings they are more likely to take on debt, particularly in the form of houses. Since Canada’s job market is vulnerable to external shocks, consumer confidence or expectations based on the Canadian economy may not reflect the instability of the international economy.

The new employment generated by an increase in residential permits can also improve economic indicators. Figure 4 shows the value of residential permits since 2011. There is a general upward trend, with a lot of variation across months from 2011 to 2017. Beginning in  2017, there is less variation in value and the trend is much stronger. However, data from March and June show what could be the beginning of a downward trend in new residential construction. This is in line with the decline in construction sector jobs reported in June 2019.

What is to be Done?

All this talk of recessions may also be self-fulfilling: when businesses expect a recession, they spend less. A recent survey by Duke University confirms this, demonstrating the tariffs placed by the US and China have attenuated business concerns. No matter the reason Canada is headed for a recession, there are certain systemic issues linked to the current plateauing of the world economy.

Increased trade tensions, in part fueled by anti-global sentiment in the US and UK, have led to slowed world trade growth. If governments react with more tariffs, another global recession could introduce the possibility of a major period of deglobalization. Reactionary politics that may lead to deglobalization are closely linked to the rise in populism globally. This may point to dissatisfaction with the distribution of wealth that has emerged out of increasing international trade. Alternatively, they may point to consumers being saturated with instant gratification services in the era of fast fashion, fast food, and fast communication.

Last, the climate emergency raises questions about the value of economic growth. Articles abound on the effects of fast fashion, commercial farming, and other sectors which contribute to the crisis. As such, individuals need to reconsider what bouncing back from a recession will and should look like in the future. Expansion based on new construction and short-term consumer spending are not compatible with long term sustainability goals. Balancing growth and sustainability is a tall order, but unless individuals and policymakers alike start thinking of solutions, it will be too late.

All graphs were made using Hadley Wickham’s ggplot2 package in R. Replication files available upon request.