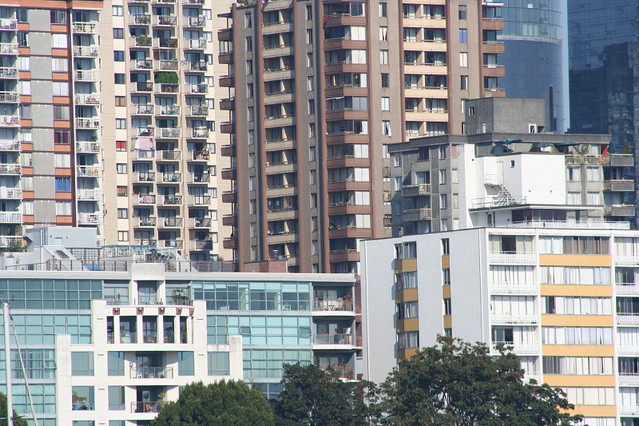 The urban form — a sequence of landscapes, bound together by shared public infrastructure and a common people — presents itself as a canvas for democracy. The picture that ends up painted on this canvas is largely a reflection of community interests and tensions. As a result, the physical environment that structures daily life provides a status report on the health of a community’s democratic life.

Compared to other major metropolitan areas in Canada, the City of Montreal has grown in a unique manner. It has developed in tandem with its geographical endowment throughout its maturation into a space for democracy.

The urbanization of Montreal, inevitably, was shaped by mountain and the inescapable spatial confinement of island settlement. The complexity of Montreal’s social environment further distinguishes it from other cities. This complexity is in part the outcome of a community being built on an island that is shared by 16 municipalities and host to legacies of socio-linguistic cleavages.

Montreal’s unique character is demonstrated by its special designation as the province’s metropolis. In September 2017, Phillipe Couillard’s provincial liberal government legislated Bill 121: An Act to increase the autonomy and powers of Ville de Montréal, which allocates provincial duties to the municipal government, thus furthering its autonomy and scope of intervention. The bill extends Montreal’s ability to govern its form and function, thereby providing the city with a tool belt, well-equipped with policy instruments, to better serve the needs of city residents.

Despite natural and social parameters to municipal intervention, democracy has flourished on the island. The evidence rests within the spaces of public democracy binding citizens together. Whether it be consultative councils, open-access data, or democratic oversight by the city’s ombudsman, a profoundly democratic spirit is ingrained within the public psyche.

While Montreal may have been afforded a delay in facing some of the issues plaguing other Canadian cities, it has been unable to totally avoid them. So, how is Montreal, an extremely unique city, handling the common problems faced by other urban areas across Canada and around the world?

With soaring real estate prices, rents rising faster than inflation, and 23,000 households on the waitlist for a dwelling, Montreal’s housing market is currently experiencing unforeseen turbulence. With cautionary tales arising out of Vancouver and Toronto, which detail the unrelenting commodification of housing, Montreal takes centre stage as the next city to battle the forces of the market.

Despite the lucrative lure of an unrestrained marketplace for real estate, the city under Mayor Valérie Plante has sought to support its citizens in their search for affordable and adequate housing. Following a rationale of “acting before it’s too late,” in the summer of 2019, Mayor Plante proposed an intervention aimed at addressing the city’s ongoing housing predicament. The By-law for a diverse metropolis presents itself as a reconfigured housing strategy, which is aimed at upholding affordability and diversity in the urban fabric of Montreal.

Valérie Plante’s campaign promise to reconfigure hosing by-laws had been left unfulfilled, until the recent announcement of the By-law for a diverse metropolis, explicitly targeted at embedding diversity and affordability within the city’s housing market.

This policy is the latest in a series of measures taken by municipal management to mediate the externalities of a booming real estate market. With recent interventions such as the Strategy to Develop 12000 Social and Affordable Housing Units or the Housing Purchase Assistance Program, the city has deployed political tools to meet its citizens’ housing needs.

The By-Law for a diverse metropolis is aimed at democratizing the availability of housing in Montreal. By targeting housing supply, in new buildings consisting of five units or more, the city wishes to build upon its citizens’ capacity to acquire adequate housing. Municipal measures aimed at universalizing housing access reinforce and support local democracy by equalizing access to resources.

The by-law will replace the city’s Strategy for the inclusion of affordable housing in new residential projects (2005) and will legislate proactive interventions on democratizing housing. The new law will require applicable sites of five units or more to include quotas for social, affordable, and family-sized dwellings. The City of Montreal will obligate all housing projects to include 20% social housing, 20% affordable housing, and 20% family-sized housing units, or else be assessed a penalty.

To suit the distinct character of the city’s diverse spaces, areas will be classified by positioning in the city. The strategy’s implementation will vary, based on whether a site is considered to be downtown, an inner-neighbourhood, peripheral, or an outskirt. Regulations will be adjusted to meet the particularities of the city’s sectors, while attempting to satisfy the demand for democratic provision of housing.

The city forecasts the policy will ensure affordability to the consumer and maintain a degree of vibrancy within the real estate sector. To mitigate market deterrence, the city will be flexible on its compensations for unfulfilled obligations. The by-law sets out “various compliance options: transfer of land in exchange for financial compensation, price ceilings on the sale or rental of housing, [and] financial contributions.” The policy aims to regulate market pressures and assist citizens, all without compromising a growing industry.

As the policy proliferates, the city plans to hold consultations as a means of engaging the public perspective. The adoption of the final by-law is expected for early 2020, and the By-law for a diverse metropolis is expected to go into effect by January 1, 2021. After that, only time will tell the true impact of this policy on Montreal’s housing sector and local democracies.