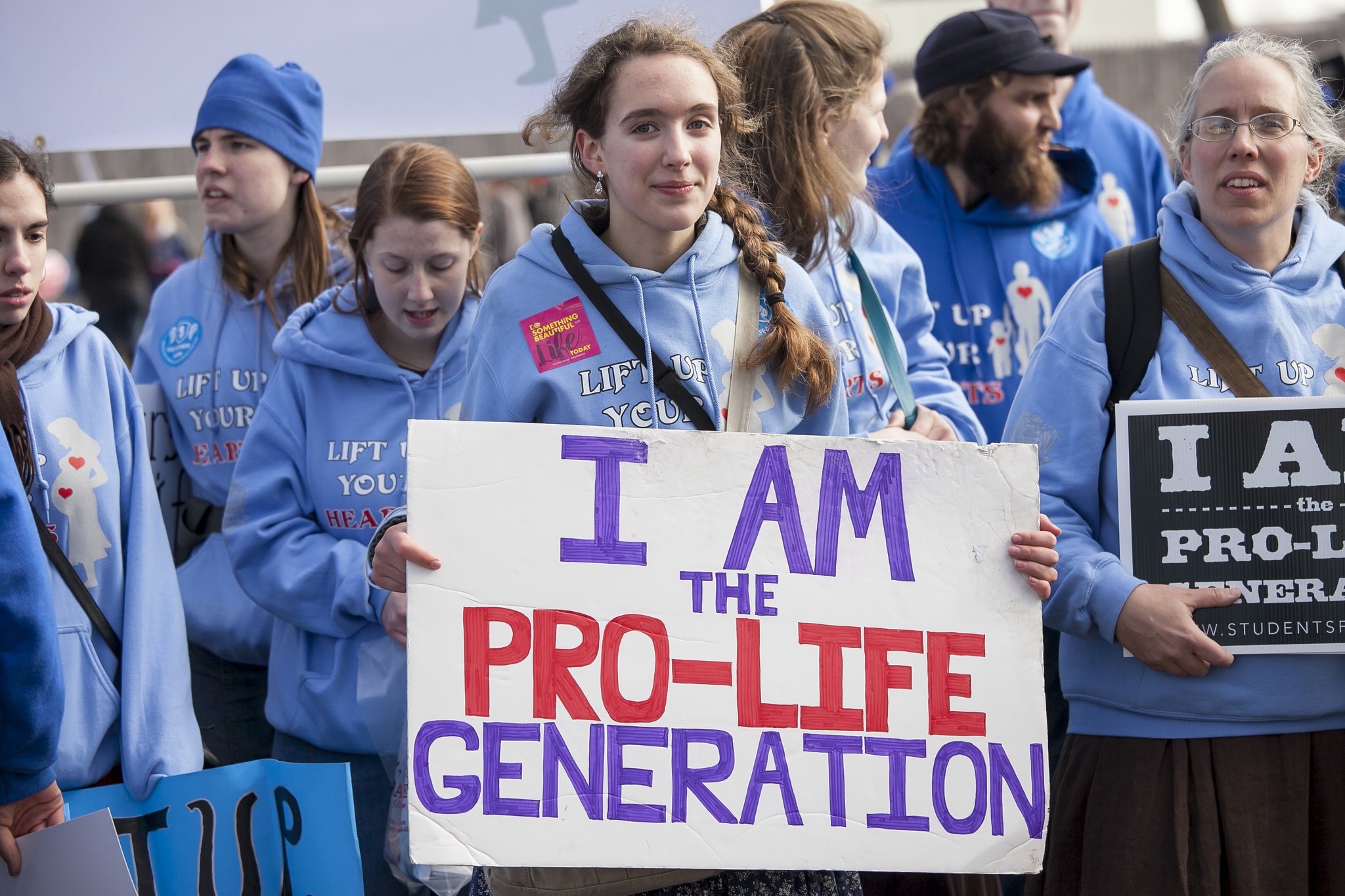 It is too early to tell how history will judge the Trump presidency. However, one thing is already clear: Trump will be remembered for initiating an unprecedented conservative transformation of the federal judiciary. By stacking the federal bench with young conservatives and blocking President Obama’s Supreme Court nominee, Republicans avoided ceding their 5-4 high court majority to liberals, giving America its most conservative Supreme Court in generations.

This court seems poised to finally deliver a decades-old Republican campaign promise: banning abortion in states they dominate by overturning its 1973 Roe vs. Wade decision. This legal precedent guaranteed abortion access as a constitutional right up until the point of fetal viability outside the womb, effectively prohibiting late-term abortions in cases that do not threaten the mother’s life. However, emboldened by an increasingly conservative judiciary, Republican-run states are now swiftly enacting outright bans on abortion, confident the Supreme Court will uphold them and revoke the landmark Roe decision.

Democrats have reacted to the threat of revocation by moving further left than they have ever been on the issue. While likely a moral issue for many, policy stances are inextricable from party strategy. For the Democrats, a shift to the left on abortion may be an attempt to galvanize support from women, a key electoral block. Thus far, Democrats in Illinois, Virginia, and New York have proposed and enacted policies that not only defend the status quo on abortion but also expand access by weakening existing restrictions.

In New York, the Democrats’ bill garnered enormous controversy and passed on a party line vote. This included a hotly contested provision that would extend the right to an abortion past 24 weeks into a pregnancy, when a fetus is generally regarded as viable, in cases that negatively impact the mother’s overall health or involve a non-viable fetus with severe deformities. Previously, New York state law permitted abortions following the 24-week mark only in cases in which the mother’s life was in jeopardy.

Democrats in the U.S. Senate have embraced similar positions and voted almost unanimously against a bill attempting to enact a nationwide ban on late-term abortions after 20 weeks unless a mother’s life was at risk. In Virginia, a bill backed by prominent state Democrats would, according to its author, technically allow abortions right until birth if a doctor allowed it.

The party’s increasing push toward ideological purity was recently on stark display when one of the firebrands of the left, Bernie Sanders, faced considerable flak after endorsing an otherwise progressive anti-abortion candidate in conservative Nebraska. Sanders defended himself with a call for pragmatism, stating that “in some conservative states there will be candidates that are popular candidates who may not agree with me on every issue…you just can’t exclude people who disagree with us on one issue.”

Democrats of previous years would most likely have agreed with Bernie Sanders on the need for some ideological flexibility. Although Democrats tended to support abortion rights following the Roe vs. Wade decision, they nonetheless retained a significant amount of ideological diversity in their party. Several prominent Democrats representing conservative-leaning states supported strong regulations either sharply restricting access to or banning abortion. These Democrats include anti-abortion former Senate Majority Leader Harry Reid, an otherwise staunch Democrat responsible for muscling much of President Obama’s first term agenda through Congress.

Supportive of traditional liberal priorities protecting public education, labor unions, civil rights, affirmative action, and Social Security and Medicare, these Democrats’ conservative tilt on abortion appealed to a growing block of one-issue voters identifying the practice as a moral anathema. This enabled Democrats to maintain a strong presence in rural, conservative states like North Dakota, Nebraska, Indiana, and Missouri. Indeed, Democratic Senators elected from these states enabled liberals to muster the 60-vote supermajority necessary to pass nearly all of President Obama’s legislative achievements, including Obamacare and the repeal of “Don’t Ask Don’t Tell.”

Even Bill Clinton, who was much more amenable to pro-choice advocates than others in his party, believed that abortion should be “safe, legal, and rare,” encouraging widespread access to contraception, sex education, and other family planning techniques in order to curb the practice’s frequency. This tapped into a widespread belief across the country of abortion being permissible as a last resort. Clinton went on to win several socially conservative Midwestern and Southern states with relative ease, a feat now unthinkable for even the most moderate of Democrats.

Americans’ beliefs on abortion remain largely moderate despite what some would perceive as increasing Democratic and Republican polarization on the issue. Polling data indicate that most Americans’ position on the issue line up more with the Democratic Party’s old position, characterized by an ideological balance between anti-abortion and pro-choice factions.

While a solid majority of Americans support abortion remaining legal, only about one-third of the country believes in zero constraints on the practice. Furthermore, an additional survey approximates that about three-quarters of Americans believe in restrictions on abortion and nearly 80 per cent oppose late-term abortions. Even among pro-choice voters, 66 per cent responded as being opposed to third trimester abortions. Although these opinion polls and voter surveys may provide slightly differing numbers, all point to a populace that is broadly skeptical of a comprehensive rollback of abortion restrictions.

Because of this nuanced public sentiment, enforcement of rigid ideological purity mandating few restrictions on abortion may serve to be Democrats’ Achilles heel heading into the 2020 elections and beyond. Many see America as a fundamentally conservative, centre-right country. Convincing the American people to embrace sweeping progressive change has always taken time and often breeds reactionary backlash (which ought especially to concern pro-choice activists).

Due in no small part to this, Republicans’ significant rightward shift over the past 2 decades has not brought the same political consequences upon the GOP that may befall the Democrats if they misread the national mood and move too quickly on abortion. Indeed, the United States is one of only seven countries that permit abortion after 20 weeks. Deregulating abortion even further may cripple Democrats’ chances of winning legislative majorities and statewide elections in all but the bluest states.

Particularly dangerous to Democratic electoral chances is the US Senate configuration, a body that gives a state of over ten million the same representation as one of the many rural, Midwestern states with populations of less than a million. This means that whether they like it or not, Democrats will have to appeal to conservative-leaning voters in federal elections. In light of their leftward shift on abortion, this will be increasingly difficult.

Without the support of these once-friendly voters in states like Missouri, North Dakota, and Indiana, Democrats face an extremely uphill battle in capturing the Senate majority and stand virtually no chance of winning the coveted 60-seat majority needed to overcome a Republican filibuster. Without either, Democrats can kiss liberal judges, healthcare reform, tackling climate change, and voting rights legislation goodbye. They also put current levels of access to abortion at risk.

If they wish to preserve the right to an abortion, Democrats should be mindful not to inadvertently catalyze an all-out cultural and political attack on reproductive rights from both the left and right. That being said, while returning to a more moderate stance on abortion is unlikely to result in a fast-track victory for red and purple state Democrats, tolerating genuine intra-party ideological diversity on the issue may help blunt the structural advantages afforded to Republicans by the American electoral system, preventing an existential threat to Roe vs. Wade caused by further Republican consolidation of power.

With Republicans beginning to brand Democrats as “baby killers” and supporters of “infanticide,” liberals will need to move quickly to present a counternarrative if they wish to garner the power necessary to preserve the right to an abortion. A substantive shift back to the centre on abortion policy may be the only way to push back against Republican messaging in a country rife with a burgeoning misinformation and fake news crisis.