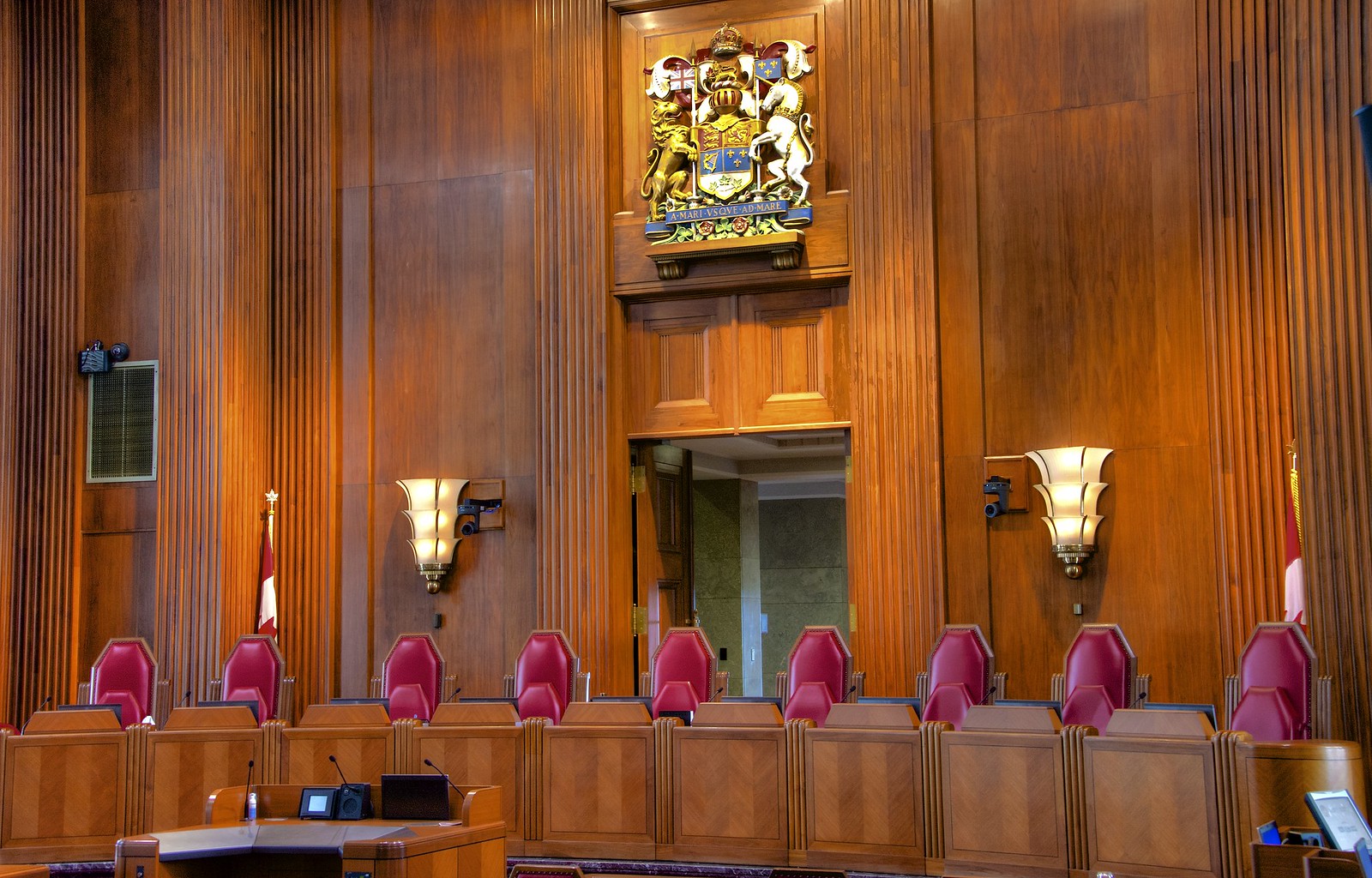 In theory, Canadian law conceptualizes judges as interpreters of the law rather than as law-makers. In reality, however, judicial decisions, and the subjectivity of such judgements, can arguably grant judges indirect legislative capacity. In other words, such decisions can significantly affect the way law is practiced.

Consider the case of the Canadian Broadcasting Corporation (CBC) v. Lessard, a case that significantly impacted future Supreme Court decisions of the same nature. On June 17, 1987, the CBC aired footage of a group of people vandalizing a post office in Quebec. [1] Since the local police force had not been present at the scene of the crime, the local judiciary granted the Montreal police a search warrant for the tapes.

While it initially appeared reasonable to expect the CBC to pass along the tapes to aid the investigation, several factors complicated the matter.

First, there was insufficient information on whether the police had taken reasonable measures to look for other sources of information.

Second, there was also a strong possibility that investigating these tapes as a whole could reveal confidential information and sources irrelevant to the case at hand. As such, forcing the media outlet to divulge information to the police could unreasonably compromise the press’ right to privacy. Though the Quebec Superior Court upheld the search warrant, the Supreme Court later overruled the lower court’s decision, resulting in an invalidation of the warrant for the tapes. [2]

Examining this case illuminates the fact that judges must consider multiple priorities when making decisions, and therefore, may not always have a clearly defined path to determining the correct course of action. In other words, at times, neither written law nor legal precedent clearly dictates how a legal decision is to be made.

This is precisely what the seven Supreme Court Justices comprising the panel for the CBC v. Lessard decision wanted to mitigate. In order to impose a more methodological framework for future cases, the Justices introduced what is now known as the “Lessard factors”. When deciding whether the media is obligated to divulge information to the government, the Supreme Court mandated that judges and justices would now be legally required to weigh nine factors against each other to decide the correct strategy.

These factors can be condensed into: the media’s right to privacy, the availability of alternative information sources, the severity of the government’s inquiry, the degree to which the information is already known to the public, and any other factors that may negatively affect the media. [3]

Given the inherent subjectivity required to weigh such factors against each other, several justices interpreted the Lessard decision as justification for the use of personal interpretation in judicial decisions. For example, when discussing the Lessard factors, Justice David Doherty of the Ontario Court of Appeal stated that “reasonableness is the constitutional litmus test” for determining the correct legal strategy. [4]

Such interpretations of reasonableness as the basis for judicial decision-making, as seemingly confirmed by the Supreme Court’s decision in CBC v. Lessard, essentially authorize judges to use personal discretion when determining cases.

In other words, this decision arguably granted judges an enormous breadth of freedom by essentially allowing them to decide how to apply a certain law on a case-by-case basis. As such, examining this decision begs the following question: do judges make decisions based on practical judgement, or are they merely interpreting the law at hand?

The answer lies in the theoretical debate between legal positivism and interpretivism. According to legal positivists, law is simply what legal officials and institutions of authority actively enforce. [5] Such individuals argue that, since the law is made by human beings, it is inherently incomplete. In other words, it is impossible to create a legal system in which the law will dictate a course of action for every scenario.

Legal philosopher Joseph Raz supports this perspective. In his work, “Legal Positivism and the Sources of Law”, Raz argues that, since the law is incomplete, there will be some cases where the law does not dictate the correct course of action, and thus, leaves judges without a point of reference when making decisions. [6] In these cases, judges are required to use their practical judgement to render a decision. [7]

To many, this is a frightening thought. Adopting this view alone would authorize judges to use a considerable amount of personal discretion when making decisions, thereby minimizing their need to refer to previously-conceived legal rules.

An alternative perspective is to argue that judges merely interpret what the law already states. This school of thought is known as interpretivism. [8] One of the most prominent supporters of interpretivism is Ronald Dworkin. Interpretivists like Dworkin hold that though the complexity of the law may give the illusion of not having a legal protocol for cases, these protocols are simply harder to determine. [9] In other words, though the law can be confusing, it is nonetheless complete. When judges make decisions, they are merely deducing what the law already states. [10]

Considering both theories, it is clear that both have merit in judicial conduct. When making court decisions, judges must derive justification from both legal precedents and practical experience. However, it is imperative that legal positivism is prioritized. Although legal positivism may give considerable power upfront to judges, the risk is greater with interpretivism.

Though extreme, one can compare this scenario to the divine right of kings as justification for individuals of authority making decisions. Just as kings claimed to channel the expertise of a religious figure, judges using a purely interpretivist approach could justify all decisions as extensions of the legal code, thereby completely negating the subjectivity of their decisions.

By not acknowledging judges’ potential to make errors, citizens are rendered incapable of criticizing judicial decisions. This inability to criticize judicial behaviour would essentially grant judges unlimited power to overrule decisions enacted in the legislature.

In light of the risk involved in adopting interpretivism alone, it is more appropriate to interpret the basis of “reasonableness” in the CBC v. Lessard decision as simply a matter of legal positivistic caution. In other words, the Supreme Court recognized that the law, in this case, was incomplete, and set a subjective yet more detailed framework to guide judges’ personal judgement in the decision-making process. After all, a Supreme Court endorsement of judicial activism would have widespread consequences.

We should be cautious to perceive judges as definitive experts of the law, for one must always consider the subjectivity inherent in their actions. Failing to hold arbitrators accountable, and thereby granting them extensive subjective power, could result in a significant erosion of our democracy.

[3] Roussel, Kathleen et al. “RESPONSE TO APPLICATION FOR LEAVE TO APPEAL HER MAJESTY THE QUEEN, RESPONDENT (Rule 27).” The Supreme Court of Canada, 2015. (1)

[5] Raz, Joseph. “Legal Positivism and the Sources of Law*.” The Authority of LawEssays on Law and Morality, February 1979, p. 1