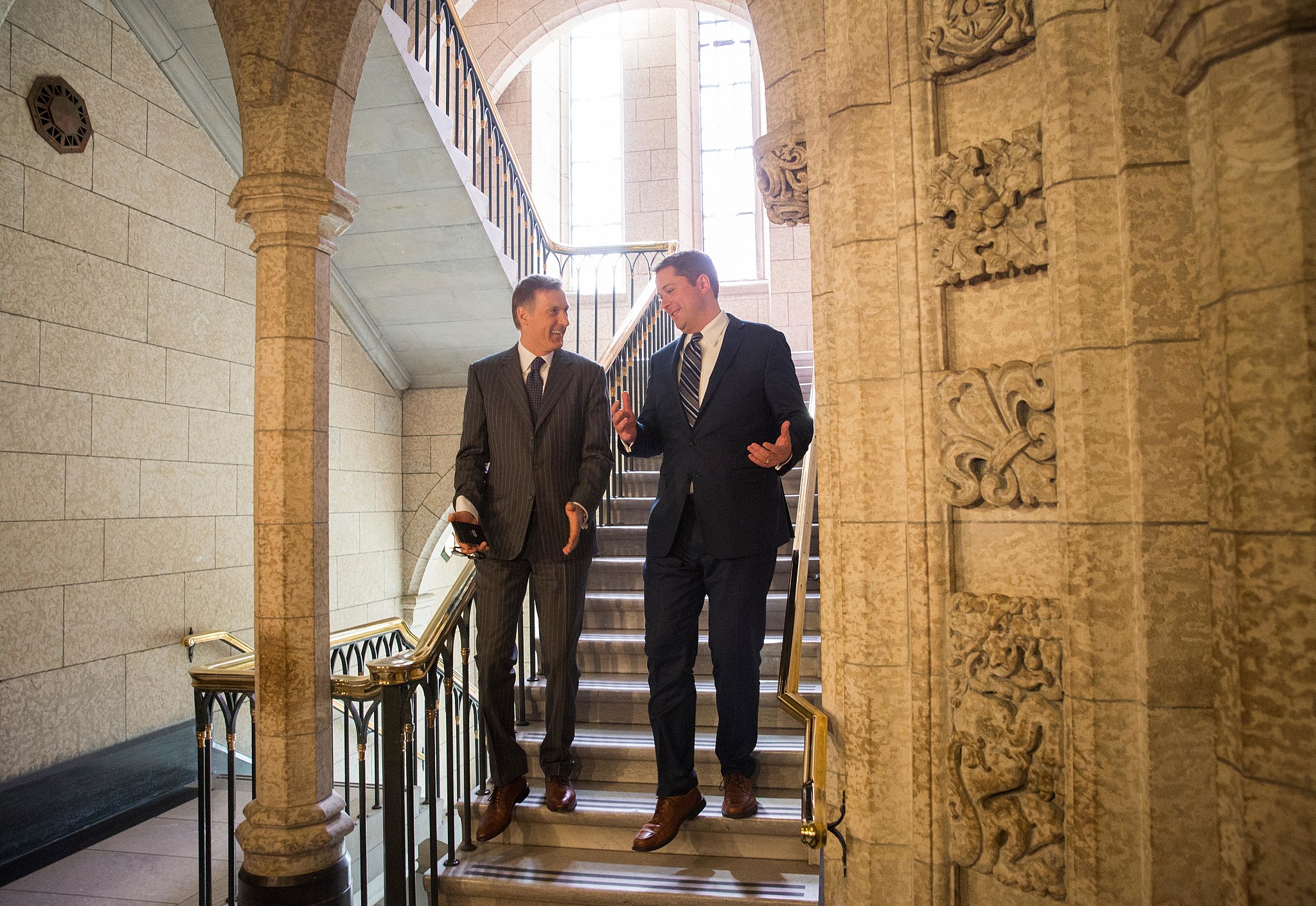 On September 16th, the Leaders Debates Commission invited Maxime Bernier, leader of the People’s Party of Canada, to join the official leader debates on October 7th and 10th. Criticism came from both sides of the aisle, with NDP leader Jagmeet Singh criticizing the commission for giving “Mr. Bernier the platform to spread his hateful and divisive message” and the Conservatives calling it a political move to split their votes.

Inclusion or Exclusion of the PCC?

Parties qualified for the debate by satisfying two of three conditions: electing at least one MP under the party banner in the previous election, running candidates in at least 90% of districts, or having a legitimate chance of winning more than one seat.

Critics claim that the PPC only satisfies the second criterion considering they are fielding more candidates than the NDP in the upcoming election. In August, the Commission requested that the PPC submit a list of ridings where they believe they have a chance of winning and on September 16th decided that the party had fulfilled the third criterion.

Maxime Bernier’s platform is often characterized as populist with rhetoric that emulates leaders like Donald Trump. Particularly controversial are his policies to build a fence across the Canadian border, end the multiculturalism policy, and ignore climate change commitments.

The party also supports inter-provincial free trade and reducing agricultural protection. Bernier’s pro-US stance and federal focus are reminiscent of the Mulroney era. However, under the Mulroney government, immigration reached contemporary levels. It remains to be seen whether this new combination of anti-immigration and free trade rhetoric are a combination which will appeal to conservative voters.

The Purpose of Debate in Elections: Explaining or Making Policy

At the heart of determining who should participate in debates is the question of the purpose debates serve. According to the Commission, the leaders debates serve to reveal “the character, temperament, and unscripted approaches” of the party leaders and help voters make an informed choice. As such, parties which stand a chance in the election should be present to show voters what they are all about – a position supported by Green Party Leader Elizabeth May.

If the goal of our democracy is for parliament to represent us by making decisions that reflect Canadian opinion, then ideas from the entire spectrum should be represented during debates. More importantly, the presence of new, smaller parties can broaden the debate to include policies which more centrist or catch-all parties neglect.

Elections are the best time to bring forward these new ideas and diversify policy debates, because public attention is increasingly focused on domestic politics. It follows that, through debating policies during an election, the electorate can actually shift what policymaking will look like after the vote.

The election process is designed such that voters have little say in the landscape of each party and which individuals are actually chosen to be Prime Ministerial candidates. As the power of the executive branch of government has concentrated over the past 40 years, the Leader’s Debate is the only platform where Canadians can actually see individuals compete for the job of prime minister.

Polarizing or Diversifying: The Place of Rhetoric in Debate Participation

In the United States, primary debates in the lead up to a presidential election can have a large effect in shaping the policy of the final contact – for example by adding issues like universal basic income or free higher education to the agenda. While Bernier’s rhetoric lies at the far right, it will not have the same polarizing effect as Donald Trump’s rhetoric on US politics.

Our multiparty system allows a greater diversity of ideas to compete for leadership – the Green party and NDP occupy positions further left and the Conservative and Liberal parties fight for the median voter. If anything, a new voice on the right will alleviate some pressure on the Conservatives to appeal to a breadth of voters on the right and allow the NDP to take a distinctive stance on issues the Liberal party has been lukewarm about.

For instance, Bernier’s proposal to construct a fence on the US-Canada border could be a springboard for Singh to raise leaving the Safe Third Country Agreement (STCA)  – which no other party proposed. The STCA prevents asylum seekers who have made a claim in the US from applying in Canada, effectively equivocating the two immigration regimes. Building a fence on the US-Canada border is a physical representation of the legal barrier the STCA places on immigrants and asylum seekers. This analogy, in addition to the US-Mexico border crisis, would create an opportunity for Singh to show how US-Canada rapprochement is especially dangerous.

Inevitably, the Commission’s decision raises concerns that Bernier – who expelled a candidate who requested him to denounce white supremacy – will shift debate rightward, setting the bar lower for the Liberals or Conservatives to appear progressive.

However, by allowing Bernier to occupy the most illiberal immigration policy space, Scheer is given greater space to distance himself from the far right. As the Conservatives lose support at the extreme, they will compete for more centrist voters thereby shifting the competition between the Liberals and Conservatives to the left. Scheer will need to distance himself from Bernier – who lost the Conservative leadership race by 2% – if he wants gains to come from the center.

In Canada, political debate at the federal level only happens substantively every four years which means popular opinion has fewer opportunities to directly affect politics. Because of this, we should welcome diversity and larger debates during elections if we are ever to shift the generally centrist politics of today. While I may not identify with conservative platforms, I still value debate within any group to ensure that parties respond to  public opinion.