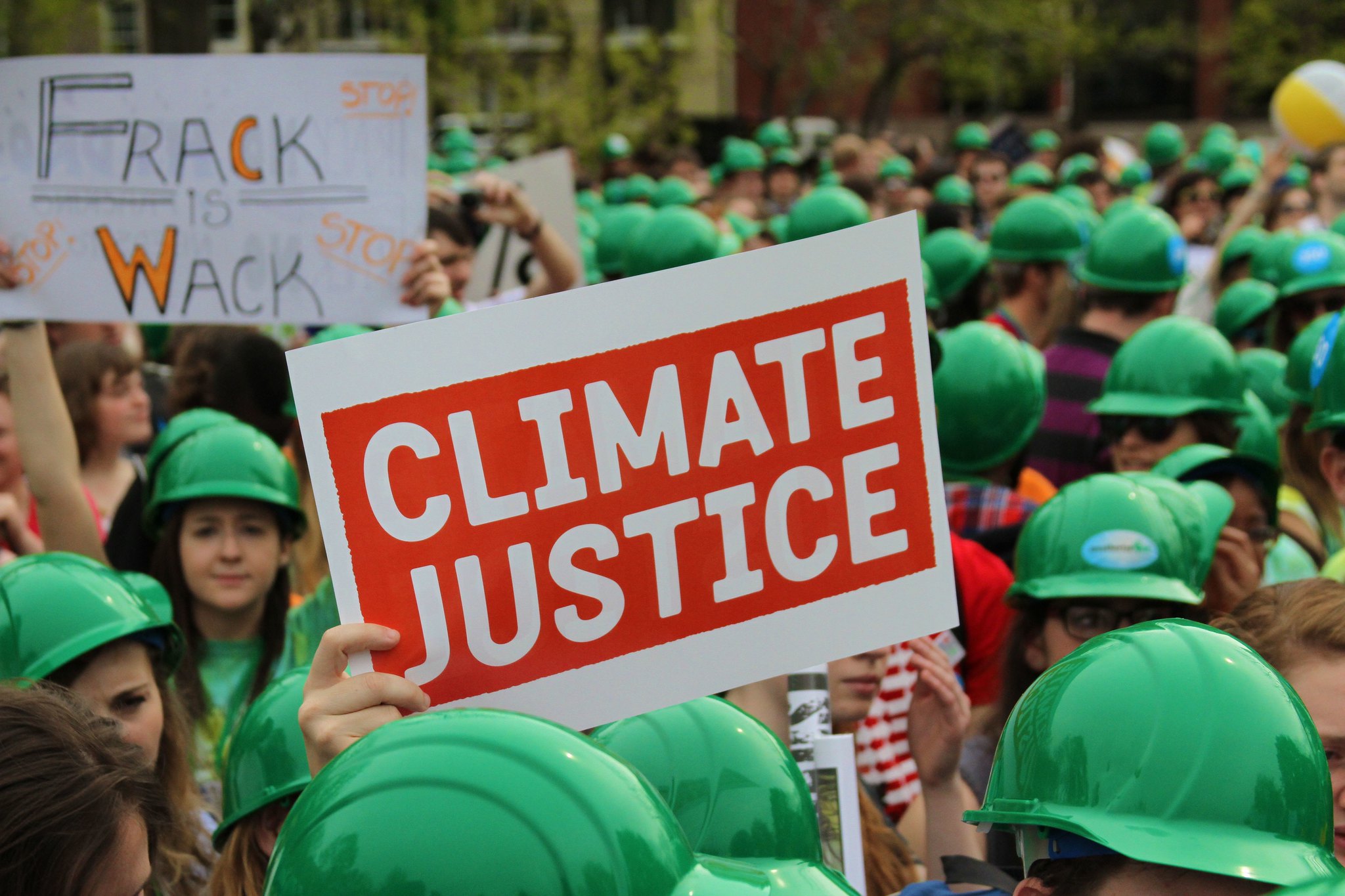 On September 16th, 2019, climate change activist and the Fridays for Future movement leader, Greta Thunberg, was honoured with Amnesty International’s Ambassador of Conscience Award. She was awarded for her activism and leadership in current climate change discourse, and in her acceptance speech she asserted that “the politics required to take on this crisis simply doesn’t exist today… there is an awakening going on.”

This awakening, according to Greta, centres on the importance of developing natural climate change solutions. Natural climate change solutions, such as planting trees or investing in renewable energy, are part of an environmental approach that consists of using our natural ecosystems to reduce the impact of carbon emissions. “It’s simple,” Greta argued; “We need to protect, restore, and fund.” Indigenous peoples, however, have argued that addressing the climate crisis might not be as simple as Thunberg makes it out to be, and that our so-called “awakening” is too little, too late.

Today’s popular climate change coverage seems to have ignored the voices of Indigenous people who have been fighting for climate justice action for decades. Despite Greta’s courage and passion as a leader, many of her Indigenous peers began their climate activism long before Greta began hers. These ideas are not new: Indigenous Peoples have continually placed environmental stewardship at the forefront of their politics; it’s just that no one has paid attention.

Inspired by Indigenous philosophy, Canadian political theorist and Indigenous rights activist Glen Coulthard has developed a theory that provides the blueprint to take on the climate crisis. Though his academic works specifically focus on fighting for the survival of Indigenous nations, his call for resurgence in Indigenous lifestyle is based on establishing sustainable relationships between humans and their environment. [1]

Coulthard’s thesis is a bold one: he asserts that Canada’s current ideology of state-negotiated self-determination of Indigenous peoples “not only attempts to assimilate Indigenous people within colonial institutions, but also forces [Indigenous peoples’] reliance on [Canada’s] extractive capitalist economy.” This trend is necessarily detrimental to the environment and, as a result, Indigenous subsistence. By connecting these intertwining structures of colonialism and capitalism, Coulthard advocates for Indigenous self-recognition through a redeployment of Indigenous land-based practices which he calls grounded normativity.

Grounded normativity refers to the ethical frameworks put forth by Indigenous land-based practices and knowledge. [2] Such practices extoll the inherent value and co-existence of humans and nature, and serve to support the environment and sustain Indigenous lifestyle. However, the principles of grounded normativity necessarily conflict with capitalist ideology, as they measure success by profit which is typically sustained through expansion. [3] Exponential growth requires rising consumption rates, which lends itself to the intensification of resource extraction.

In his book, Coulthard asserts that “for Indigenous nations to live, capitalism must die.” [4] He explains how Indigenous people do not think of land as something to be exploited or hoarded to the exclusion of others, in the way that capitalism might. The capitalist model, which tends to encourage such exploitative social, economic, and ecological relations, is therefore contradictory to Indigenous worldviews that tend to favour community well-being and environmental reciprocity over maximizing private accumulation.

While Coulthard may be correct in that traditional forms of Indigenous governance may be superior to those that currently constitute Canada, particularly when it comes to supporting the environment, he fails to provide a realistic way to sustain the 37 million people that make up the Canadian population. In his proposed system of self-subsistence, Canada’s land and resources would no longer be able to support lifestyles that Western populations have become accustomed to. As a result, Coulthard’s proposal for a political structure of Indigenous grounded normativity may be unsustainable and unrealistic.

Although it could be maintained that the addiction to consumption that capitalism encourages is not sustainable either, alternative approaches to economic and political organisation like communism and socialism can be equally as environmentally, economically, and socially destructive. A  number of non-capitalist nations, Russia, China, Vietnam and Venezuela, who have similarly impacted Indigenous Peoples through intense industrialisation and the use of natural resources, have been arguably more heavy handed in their treatment of Indigenous Nations.

Nevertheless, it is easy to argue that proposals for Indigenous normativity are unrealistic when you yourself are not experiencing the consequences of climate change. While the majority of Canada’s population have the privilege of protection from the impacts of climate change, Indigenous peoples are among the first to face its direct consequences because of their close relationship with the environment and its resources. In this way, one could argue that proximity is one reason Indigenous voices should take precedence when it comes to climate change justice.

The distinction between Greta’s call for simple climate change solutions, and Couthards proposal for a complete upheaval of our political and economic structure, raises questions about what direction to take in our climate justice movement in order to make impactful change in a feasible way. Nevertheless, though Greta and Coulthad may not agree on the political and economic blueprints to address climate change, they both demand us to “hold those responsible accountable, and to make the people in power act.”