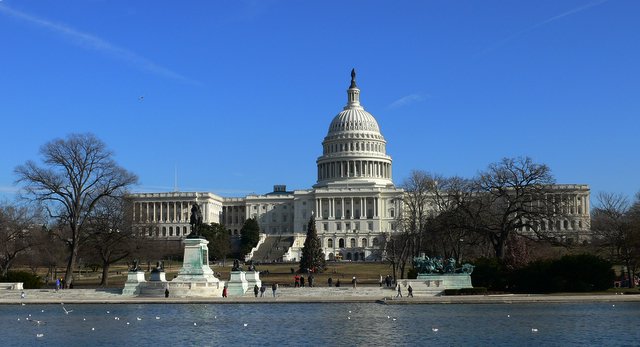 With a majority of House Democrats in favor of an impeachment inquiry, and the smooth flow of damning evidence implicating President Trump in the Ukraine scandal, impeachment of the the president seems likely. Public opinion has shifted as well, with 51 percent of voters in a recent CNN poll indicating support for impeachment and conviction. To make matters worse for the president, a recent roll call vote in the House to formally authorize an impeachment inquiry with public hearings serves to undercut Republican claims of an illegal and non-transparent process.

Largely corroborated by a pivotal whistleblower report, witness testimony, and Trump administration documents, President Trump faces accusations that he engaged in a distasteful quid pro quo with the Ukrainian government, in which the administration halted the transfer of military aid critical to Ukraine’s defeat of Russian-backed separatists until Ukraine agreed to provide political dirt on presidential candidate Joe Biden’s son. These actions not only amount to courting foreign interference in an American election, but may also constitute a violation of a federal campaign finance law prohibiting the solicitation and receipt of anything of value to a political campaign from a foreign government.

Despite this evidence implicating Trump in potentially illegal behavior, House Republicans are unlikely to seriously consider impeachment on its merits. The House of Representatives has always been the more partisan chamber of Congress, with voting consistently falling along partisan lines. Thus, Republican support for Trump in the House will only crack once impeachment garners a broad bipartisan following. This is what prompted Richard Nixon to resign rather than face an embarrassing rebuke by members of his own party. However, the Republican base is highly unlikely to abandon President Trump this time around. This is in no small part due to the enormous influence of right wing media, especially Fox News and conservative talk radio, on American public opinion; these networks have successfully maintained Republican support for Trump by framing his critics as “fake news.” In contrast, without a loyal conservative media outlet dedicated to his defense, public opinion quickly turned against President Nixon in the wake of the press’s relatively uniform and objective coverage of the Watergate scandal.

Even if Trump is impeached in the House, removal from office is a steep uphill battle. Conviction and removal from office in a Senate trial requires a two-thirds majority vote in the Republican-controlled Senate. This would require 20 Republican Senators to join all 47 Democrats in voting against their president. However, even unified Democratic support for conviction should not be taken as a given. Democratic Senator Doug Jones, for instance, represents deep-red Alabama, a state that voted for Trump by nearly 30 points in 2016. A vote to remove Trump from office would most likely destroy his chances for re-election in 2020. Senators like Jones are likely to take such considerations into account, thus potentially voting against removal from office.

The good news for Democrats favouring impeachment is the Senate’s more collegial culture, which means the Senate is still a less partisan chamber. While Senate Republicans are highly unlikely to desert the President en masse, grim political realities may push a small number of them to switch sides. This cohort represents statewide constituencies where Trump is substantially less popular than within the solidly conservative districts Republicans represent in the House. Susan Collins of Maine and Cory Gardner of Colorado both represent states that voted for Hillary Clinton, and Thom Tillis of North Carolina and Martha McSally of Arizona represent purple states that Clinton narrowly lost. Running in blue or blue-trending states, all four of these Senators face tough re-election battles. Additionally, Senator Joni Ernst of Iowa and other midwestern senators appear to be increasingly vulnerable due to growing discontent among western farmers with President Trump and his trade war.

Furthermore, private unease with President Trump among Republican members of Congress is among Washington’s worst kept secrets. According to recently-retired Republican Senator Jeff Flake, approximately 35 Republican Senators would vote to convict Trump in a secret vote. While this may be exaggerated, it does reflect the political considerations rather than personal loyalty behind much of the congressional GOP’s support for Trump. So far, four Republican Senators have announced their retirements. Freed from the wrath of conservative voters, these Senators have little to lose if they vote their conscience.

While on the whole unlikely, other Republican senators may calculate that an anti-Trump vote would bolster their legacy in a post-Trump future. This is not entirely inconceivable given rising public support for impeachment. Furthermore, with a politically weakened President Trump possibly losing re-election in 2020, a post-Trump reckoning within the Republican Party may be closer than previously thought. For those senators insulated from the wrath of voters by a long six-year term wishing to secure a place for themselves in the future Republican Party, a vote to convict Trump may be a conveniently timed political maneuver.

There are indeed some signs that senators are considering such a strategy. Staunch Trump ally Senator Lindsay Graham’s attempt to introduce a resolution condemning the impeachment inquiry was watered down by wavering Republicans into a demand for a more transparent process. Yet even this weakened version has not garnered universal Republican support in the Senate. Even worse for the president, only seven senators have so far been willing to publicly commit to voting against conviction. These developments potentially indicate a willingness among Republican senators to give some consideration to the impeachment inquiry and its findings.

Either way, wavering Republican support for the president in the Senate is unlikely to yield the two-thirds majority needed to convict and remove Trump from office. Nonetheless, a bipartisan, simple majority of Senators endorsing conviction would be sufficient to hand Democrats a major political victory, boosting the legitimacy of the impeachment inquiry and their criticism of the president. Furthermore, it would also amount to a moral and symbolic victory, signalling to the nation ahead of the 2020 election that concern over the president’s conduct reflects not partisan animus but rather bipartisan fidelity to the Constitution.