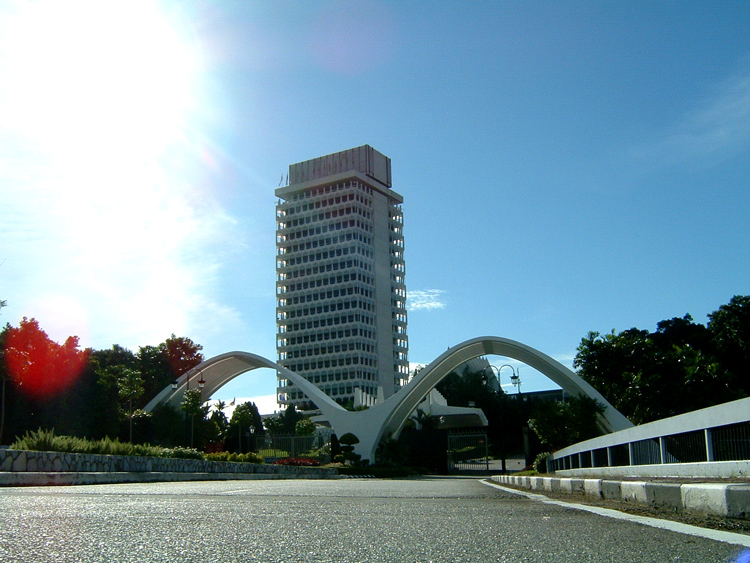 On the northern edge of the Johor-Singapore Causeway, a body of water separating Malaysia and Singapore, exists a small grouping of three islands. Called “reclaimed land,” these islands are man-made swaths of land currently owned by Chinese developers working under the umbrella of the wider One Belt One Road (OBOR) Chinese development agenda. These islands, referred to as Forest City, were built with the goal of one day serving as a mini-city, run like a business, to house Chinese workers in Malaysia. It is a very contentious OBOR project within Malaysia.

Malaysia is home to a very diverse population, with the population demographics being about 50.1% Malaysian, 22.6% Chinese, and 6.7% Indian. As such a multi-cultural society, Malaysia prioritizes having equal access institutions, at least in terms of ethnicity. Forest City does not represent the same values. It is marketed almost exclusively towards foreign investors, the majority of which are Chinese.

In 2018, Malaysia’s president, Mahathir, commented on his reservations about the project and even declared that, while the housing units could be bought by foreign investors, these investors would not necessarily be granted visas to live there. While this has not slowed the development of Forest City, it has turned investors somewhat wary and has served as supposed concrete proof of Mahathir’s resentment towards Chinese development initiatives in Malaysia.

There are two main reasons for this. First, it has been seen time and again that China’s OBOR initiatives are often not advantageous to their host countries, but rather run the high probability of leaving the country indebted to China in one way or another. Examples of this can be seen in Sri Lanka and Laos. Over the past two years, even, Mahathir has shut down a number of proposed Chinese development projects in Malaysia that would have totaled over $2 billion. Mahathir, representing Malaysian interests, sees China as trying to act as a neo-imperialist power who is attempting to impact Malaysian economic and political decisions through its economic power.

The second, although less salient, reason has to do with Malaysia’s general success as a plural society. Balancing the interests of three very different ethnic groups is not a particularly simple task, but over the course of many years, Malaysia has, for the most part, accomplished it. In allowing a community to be built that effectively excludes two of these groups- Malays and Indians- Malaysia would be allowing for its plural society to become a more divided one. While this is only one, small, example, it is important to keep in mind the fragility present in any plural society.

Due to both of these concerns, Mahathir’s reluctance to support Chinese development projects in Malaysia such a Forest City is justifiable. Malaysia’s success over the past few decades has been a result of following its own path to success, not by relying on outside influences to determine its future. As China attempts to further spread its influence throughout the world by way of OBOR initiatives, Malaysia will likely serve as an example of a state that will not capitulate to China’s will. Thus, it can be an example to many other states questioning whether to allow Chinese development projects or not.

The example of Forest City speaks not only to the domestic complexities Chinese development initiatives will invariably face, but it also points to rising tensions between Malaysia and China today. Just this month, the Malaysian government banned a picture book portraying Chinese communism in a positive light. The government has said the book “promotes communism and socialism and its content could cause confusion,” and even explicitly promotes OBOR. The banning of the book exemplifies Malaysia’s discontent with Chinese influence within its borders. As an economic powerhouse in the region, Malaysia is not reliant on Chinese funding or support and as such can more forcefully oppose its influence.