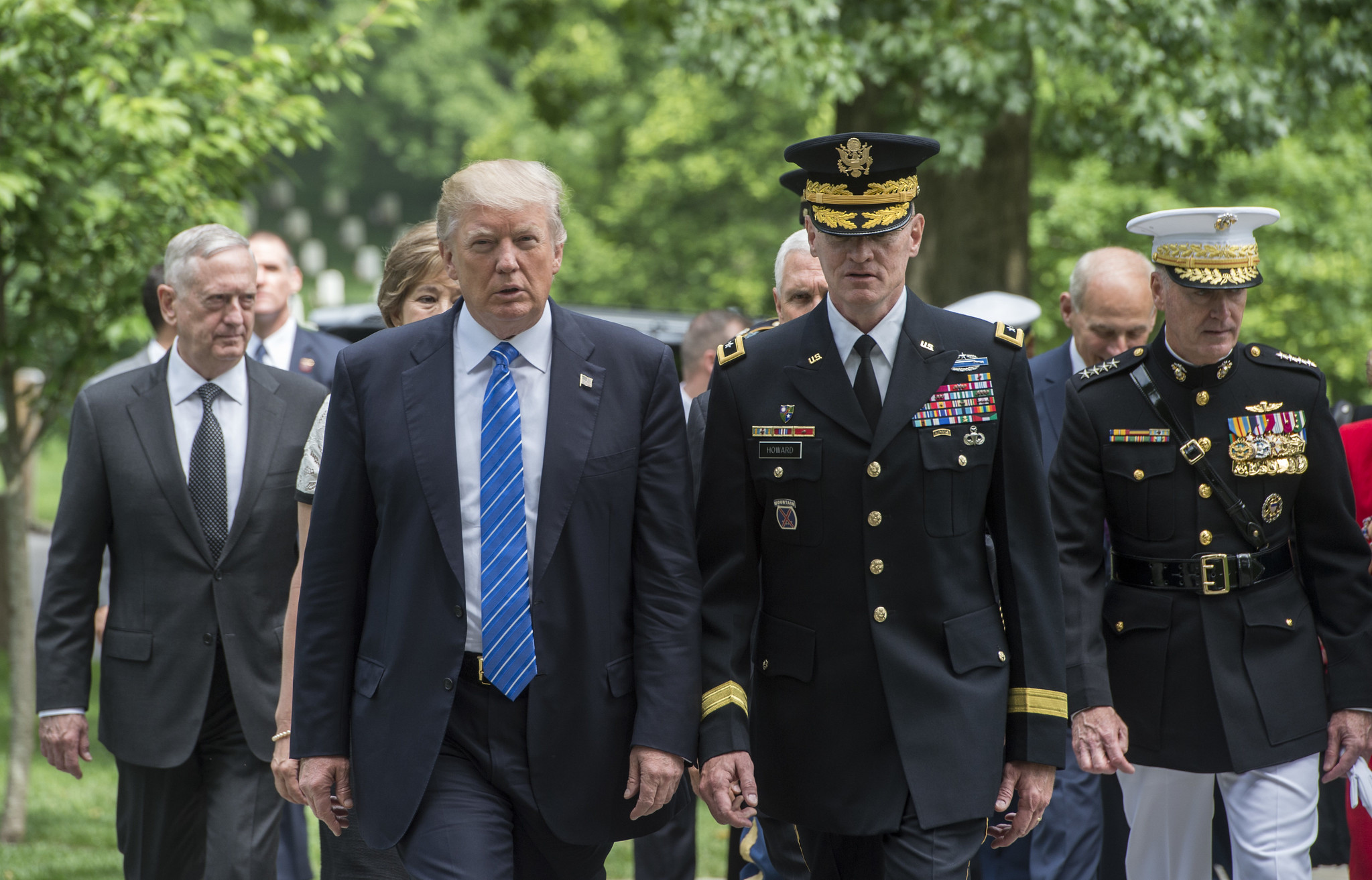 Since the post-2001 escalation of conflict in the region, military withdrawals from the Middle East have become a recurring bipartisan objective for American politicians. In general, domestic opinion over the past 20 years has trended towards a negative view of the US’s presence in the region.

In this light, President Trump’s recent decision to withdraw American troops from north-eastern Syria can be recognized as part of the same pattern. The Trump administration likely expected a widespread popular response to their policy of military disengagement.

The backlash that ensued instead, which has reached degrees seldom observed during the Trump presidency, might seem peculiar. Why has the Syrian withdrawal created such high levels of disagreement, particularly within a population that generally favours the policy of disengagement in the Middle East?

It is important to understand that in practice, Middle Eastern troop withdrawals have repeatedly proven elusive and problematic. In the past decade, attempts have backfired to heighten regional instabilities and compromise American security objectives. In both Iraq and Afghanistan, attempts at withdrawal became so precarious that it was necessary to curb the aspirations of the withdrawal or even to reinstate troops already withdrawn.

Given the experience of past attempts, it is possible that Trump failed to consider how difficult a withdrawal would be. The backlash can be interpreted as a response to the apparent lack of forethought, and the abrupt manner in which the President made his decision. It is plausible that the public recognize that the negative consequences of the military decision far outweigh anything the U.S. will gain, and condemn the President’s creation of such a situation.

The most immediate of these consequences concerns two key actors: Kurdish rebel groups in north-eastern Syria, and the bordering Turkish state. While both act as allies to the United States, Turkey controversially identifies the Kurds as a “terrorist” organization, and has been transparent in its objective to eradicate their presence. In addition, Turkey claims it seeks to establish “settlement areas” in the Kurdish-held zone, in which refugees displaced from the Syrian civil-war would find shelter. Once acting as a significant hurdle to these goals, the departure of the U.S. has prompted a Turkish invasion.

What has resulted is a humanitarian crisis: the massacre of Kurdish forces and civilians, and the displacement of around 200,000 inhabitants. The Kurdish forces, in the weeks following the invasion, have all but pulled out. Of those not already displaced, nearly 2.2 million local inhabitants still face an uncertain future. By directly abandoning vulnerable civilians and allies, the US has stunted the credibility of its diplomatic and humanitarian commitments.

Turkey aside, the vacuum in north-eastern Syria has also been noticed by other internal and external actors. Syrian President Bashar al-Assad, head of the oppressive authoritarian regime waging one side of the multifaceted civil-war, has rapidly regained territory previously lost. Russia and Iran, both allies of Assad, will achieve advances in influence of their own: Russia, through boosted deployment, and Iran, through a new route to allies in Lebanon. These developments are major concessions of power to global competitors of the U.S., and huge reversals of past policy trends.

The US retreat has also been recognized as a catalyst for a dramatic rebound in the regional presence of ISIS. While the Kurdish-U.S. alliance had effectively overpowered the terrorist organization, around 10,000 ISIS prisoners were detained locally. As a result of the U.S. and Kurdish evacuation, most of these prisoners have been left unguarded, and nearly 900 have already escaped. This reality stands as the most counterintuitive aspect of U.S. withdrawal, as the war on ISIS has been cited as a primary motivation for its Syrian presence.

A final face to the consequences plays out domestically. While the President typically receives the support of a majority of Republic lawmakers in Washington, his decision had the immediate effect of pitting a bipartisan majority against him. Such unified backlash has come to further dramatize divides between the President and his administration, the Republican party, and the constituents of his voter base. It further isolates the President, whose recent conduct has made him subject to an impeachment inquiry.

The full picture, then, suggests a Syrian withdrawal that is less “strategically brilliant” than the president insists. The list of concessions to U.S. enemies and competitors continues to grow, as does the sum of human suffering. The President, on the contrary, defends the advantages of the withdrawal: the relief of financial and human costs and the end of “endless wars”. Recent developments, however, reveal that even these goals will not be realized. In a major reversal, U.S. troops will actually continue to be positioned elsewhere in Syria to protect regional oil fields, despite already withdrawing from the north-eastern sector.

The withdrawal, at present, has begun to resemble attempts of the past: a disaster that has yielded almost no gain for the U.S., and has failed to meet the literal terms of “withdrawal” at all. The bitter reaction from the public can be understood as a proportional response to how clearly the decisions’ consequences outweigh its benefits.

In addition, it suggests that Americans have grown weary of politicians jumping into short-sighted, careless withdrawal decisions, despite the fact that disengagement remains a bipartisan goal. It can be read as a plea for Washington to start approaching the process of peace slowly, seriously, and realistically.

Image by the U.S. Secretary of Defense via Flickr Creative Commons