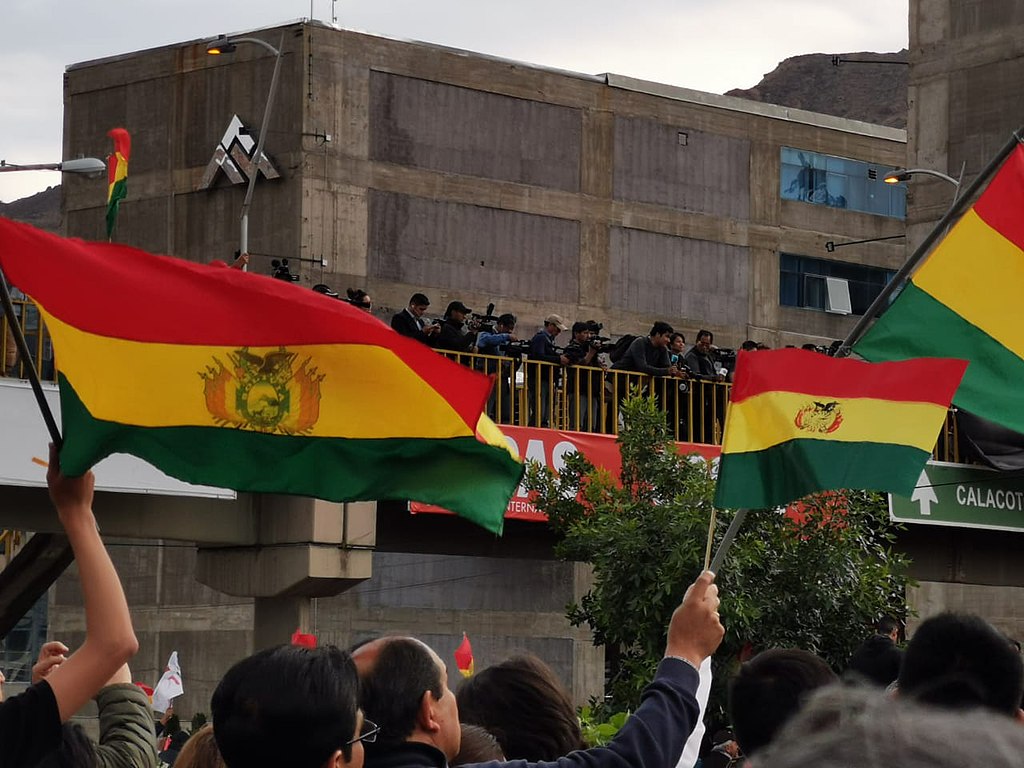 Evo Morales, the president of Bolivia since 2006, presented his resignation as head of state on November 11th after being “recommended” to do so by the chief of the country’s armed forces. His resignation took place in the context of a national conflict that began on October 20th, when accusations of fraud from both national and international actors mired the presidential elections.

The crisis began when the vote count transmitted by the Supreme Electoral Tribunal, Bolivia’s electoral authority, was paralyzed for almost an entire day. Before this pause, the transmission indicated that a second round of elections would be required.

Even though Morales was the candidate with the greatest number of votes, he did not have the required 10 per cent difference between him and his opponent, Carlos Mesa, for a victory to be declared, as per the Bolivian constitution. When the count restarted, there was a change in the trend that has been qualified as ‘highly improbable’ by the Organization of American States (OAS). These new results suggest that Morales had won the 10 per cent advantage by a small margin.

Pausing the results’ transmission generated suspicion among the main opposition parties and Mesa’s followers. As a reaction, Mesa accused the government of committing electoral fraud and called on his followers to protest nation-wide against the government in demand of a second round of elections. Furthermore, the OAS, who had sent an electoral observation mission, denounced the pause and demanded explanations from the government.

Morales denounced these protests as a coup d’état against his government and called his own followers into action to serve as counter-protesters. He then asked for an audit of the elections by the OAS.  The OAS agreed, on the condition that its conclusions were binding.

Gradually, new actors have been joining the conflict. On October 31st, a collective of urban organizations across the nation signed a declaration which established their positions in the conflict. The organizations considered themselves independent from Mesa and rather than demand a second round of elections, called for the resignation of Morales and that the elections be annulled.

The demise of the government started to become apparent when factions of the police began to rebel against the government on November 8th, demanding better benefits and working conditions. This left Morales with only the army to defend him. Once the army “suggested” the resignation of the president on November 11th, the former president had no option than to quit the position and go into exile.

Morales’ support among the police and the army was divided from the beginning of the conflict. This explains why Morales depended mainly on his followers and his political party to counter the protests, rather than deploying the army. This would have been a natural response after factions within the police rebelled, and after reports of violence and threats against the families of public officials and legislators. Morales simply was not sure of the support he enjoyed among the security forces.

Given the accusations of fraud and the apparent lack of support within the security forces, Morales asked the OAS for an audit of the elections as a way to appease the opposition and return to the status quo. The OAS mission and final report presented concerns regarding Morales’ victory in the first round, but demonstrated no doubt regarding whether Morales had the greatest popular support among the candidates. Considering the implications of electoral fraud, waiting for the OAS conclusion could provide a justification for Morales, the most popular candidate, to remain in the electoral race.

It is not clear why the army decided to turn against the president, especially when it enjoyed a privileged position on Morales’ presidency. It is helpful to remember the shadow of the situation in Venezuela. Given a divided police force and country, the army chose to side with the protesters over starting an all-out conflict. Once the army turned against him, Morales’ only options were either resigning or entering a conflict with no support from the political elites.

Morales is currently in exile in Mexico and his resignation has left a political void in Bolivia. Meanwhile, the second Vice President of the Senate, Jeanine Áñez, has assumed the interim presidency according to the succession line defined in the constitution. This decision, however, was reached without two-thirds of parliament as Morales’ party refused to participate in the process.

Añez has declared her objectives as holding new elections and restoring peace in the country. A date for the new elections has not been announced. That being said, her actions send contradictory messages to the followers of Morales and Indigenous communities. “The bible has returned to the palace,” declared Añez on November 12th, once appointed to the presidency. This symbolic statement places her interim government in opposition to Bolivia’s Indigenous faiths and Morales’ decade-long laic state.

While the crisis reached its climax with Morales’ resignation, the fact is that he has left the country with clear support from a significant portion of the population, mainly from Indigenous communities and low-income sectors. After all, while he did not have a majority, even the OAS has recognized that Morales was the most popular candidate.

Furthermore, Morales argues that he was the victim of a coup d’état, a position held by several international leftists leaders and his followers in Bolivia. The former president seems to be out of the Bolivian political scene for now. That being said, while the future is uncertain, the legacy of Bolivia’s first Indigenous President is far from over.