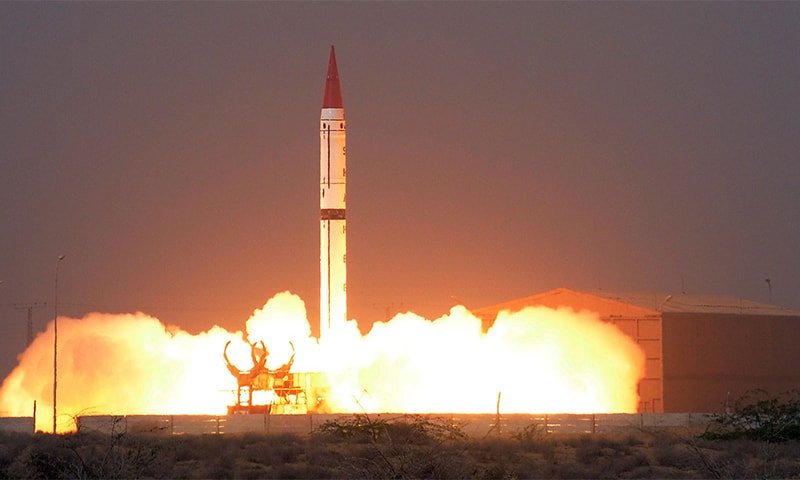 Back in September, Turkish President Tayyip Erdoğan stated that it was unacceptable that Turkey could not have its own nuclear weapons. Erdoğan called out the hypocrisy of nuclear powers, such as Russia and the United States, who are actively protesting against Ankara obtaining said weapons while having some themselves.

Furthermore, at a recent UN speech President Erdoğan signified an eroding consensus on the proliferation of nuclear weapons, pointing to a possible broader arms race. In an article published in the Bulletin of the Atomic Scientists Victor Gilinsky and Henry Sokolski wrote: “One cannot recall another national leader of a country that signed the [Treaty on the Non-Proliferation of Nuclear Weapons]’s no-nuclear-weapons pledge who insisted publicly on the right to have the Bomb if any other countries have it.”

When you also consider that the two biggest nuclear powers, the US and Russia, have withdrawn from the Intermediate-Range Nuclear Forces Treaty (INF) signed back in 1987, the future of arms limitation seems uncertain. The reluctance of these two powers to honour their pledge in this domain might set a bad example for states wanting to acquire nuclear weapons.

Further, Council on Foreign Relations President Richard Haass also warns that we could see nuclear weapons spreading throughout multiple regions of the world. On one end, Iran’s program could lead Saudi Arabia and possibly other countries in the Middle East to develop their own nuclear program. On another, Japan and South Korea could very well feel the need to build a nuclear capacity in the face of increasingly demonstrative North Korea.

And that’s not all. India and Pakistan, two countries with a long history of bilateral conflict, are both nuclear powers. Richard N. Haas, writing on “The Coming Nuclear Crisis”, argues that nuclear deterrence can no longer be assumed. A Pakistani-supported terrorist attack could easily lead to Indian retaliation, which in turn could result in Pakistan  threatening the use of nuclear weapons since it cannot compete with Indian conventional forces.

Incentives to acquire your own technology are all the more present nowadays as states are quickly realizing the advantage they confer: providing a form of insurance in the territorial integrity of their state. For example, Ukraine, back in 1994, signed the Treaty on the Non-Proliferation of Nuclear Weapons in exchange for security assurances from three nuclear powers; the Russian Federation, the United Kingdom, and the United States of America. Then Ukraine gave up its nuclear arsenal only to have its borders to be challenged by Russia decades later.

This recent example of territorial challenge could provide a further incentive for states looking to acquire nuclear capacity. It could be seen as the only way to fully protect themselves from an expansionist neighbour.

With the multiplicity of nuclear weapons the prospect of one ending up in the hands of terrorists organizations is also more likely. The command and control of nuclear weapons could break down and one or more devices could find their way into the hands of terrorists. Far from a new concern, “nuclear terror”, which would result from a non-state actor obtaining loose nukes, has been invoked by prominent scholars such as Graham Allison in his article on “How to Stop Nuclear Terror.” As such, a terrorist organization like ISIS or Al-qaeda could very well end up in possession of a nuclear weapon.

The world is seeing a renewed great power competition, one in which the prospect of nuclear armament seems likely. Furthermore, the unravelling of arms limitation treaties and weakening alliances resulting from a retreating United States only increases the likeliness of such an event. Nuclear technology is becoming increasingly available to any state that would like to acquire it. The fading memories of Hiroshima and Nagasaki are also reducing the moral constraint that guided nuclear restraint up until now. The obliteration of these two large populated city in the blink of an eye had served as a stark reminder of the destruction that a mushroom cloud can unleash. Now, almost 75 years later, a future dangerous episode of nuclear competition, where nuclear weapons could again become the greatest threat to global stability, does not seem all that  far away.