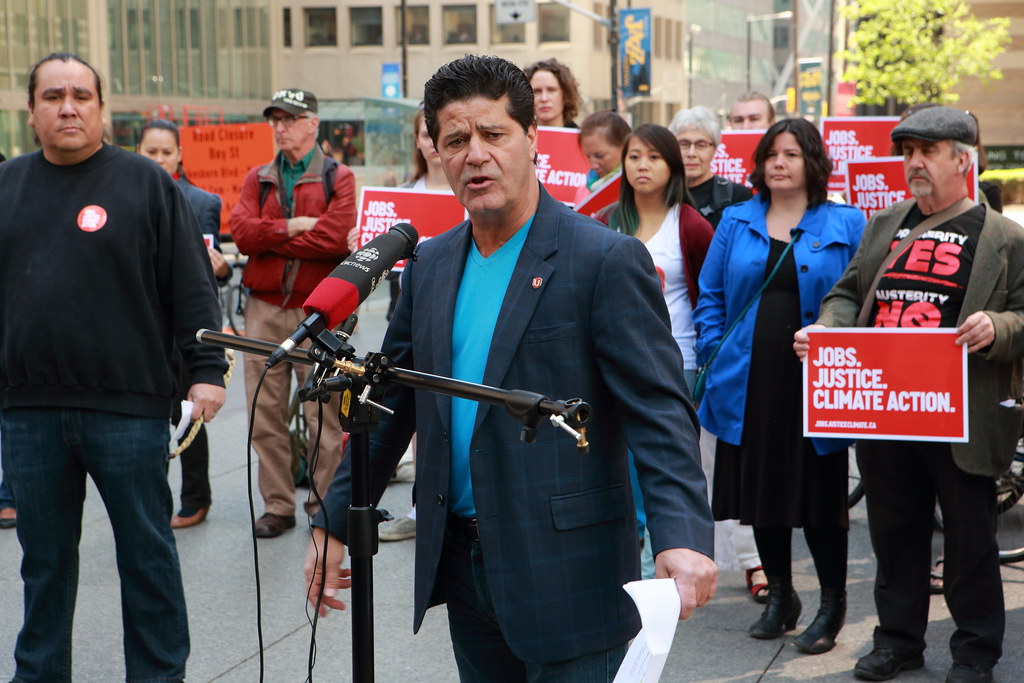 On Monday, January 20, Saskatchewan NDP leader Ryan Meili entered the labour dispute between labour union Unifor 594 and the Co-op Refinery Complex in Regina. Meili publicly called on Premier Scott Moe of the Saskatchewan Party to bring the union and company executives to the bargaining table.

Co-op is an oil refinery in Regina, Saskatchewan with the largest oil-producing capacity in the province, employing about 800 workers. The dispute has been escalating since December 7th, when Unifor produced a now-deleted, controversial video titled “Meet the Scabs” identifying the replacement workers that crossed the picket line at the Co-op. Meili argues that the dispute, now in its 56th day, is “causing problems for the workers, for that business, for the economy in Regina and the province.”

Tensions rose again in late November after the Federated Co-operatives Limited, the Co-op’s parent company, announced changes to employee pension plans that require employees to move to a defined contribution pension plan or begin contributing money to their current defined benefit plan. 720 unionized employees of Co-op have fenced off the refinery since December 5th, after Unifor says the company refused to engage in bargaining without union concessions.

Kevin Bittman, president of Unifor local 594, asserted that the fencing blockade was established with the fire marshall’s knowledge and that employees, as well as emergency vehicles inside the fencing, were allowed to leave.

The Co-op views the blockade differently, citing it as a public safety hazard, given that the distribution of the large quantity of fuel and propane at the site is essential to heating homes, businesses, and farms. A court injunction in late December ruled that picketers can hold up Co-op trucks for a maximum of ten minutes, and only to provide information related to the union cause.

The strike took national attention on January 20th, when Regina police arrested Jerry Dias, President of Unifor – the largest private-sector union in Canada, with 310,000 members. The Regina Police Service issued a statement explaining that union members had violated the court injunction, by “completely block[ing] the entrances/exits to the Co-op Refinery Complex [and] not allowing vehicles to enter or exit the property.” Dias responded that since the blockades were set up by union members outside of Unifor 594, they were not in violation of the injunction.

Dias estimated that 500 union members, including those from the Ontario Public Services Employees Union (OPSEU) and the Canadian Union of Public Employees (CUPE), were flown in from across Canada in support of the strike. A video of Dias’s arrest has been widely circulated and used as proof by Unifor that the Regina police failed to act as a neutral actor in the dispute, siding with Co-op.

The Regina Police Chief, Evan Bray acknowledged the legal rights bestowed on both sides, explaining that “We have two sides in a labour dispute that each have rights and are very vigilant to protect their rights.” After his arrest, Dias argued that “this is a situation where the mayor and others need to get directly involved because you can’t have the police acting as thugs.”

Thirteen other protestors were also arrested, some of whom in the leadership of local Unifor unions across Canada. Bray addressed these union members from outside Regina directly, arguing that “they have no vested interest in our community or community safety.” Union members have continued to erect fences and place inoperable cars to block the refinery entrance, over what the union has said: “amounts to taking away workers’ pensions.”

On January 25th, the Refinery site experienced a temporary power failure, which, according to Dias, often occurs when inexperienced, temporary workers are in control of operations. Dias also remarked that he hopes safety concerns are addressed primarily but added “ultimately we’re not in control of that today. We wish we were but we are not.”

On January 27, Unifor announced that union representatives, including National President Jerry Dias, were set to meet with Co-op executives, led by Federated Co-op Limited CEO Scott Banda. The announcement came after last week’s revelation that Unifor had removed preconditions on future talks. Unifor has not described these talks as official bargaining, as Co-op has reiterated that they would not engage in official talks until all union blockades are taken down.

Additionally,  the demand for both Meili and Unifor for Moe’s government to intervene or appoint a government mediator in the dispute has yet to occur, with tensions on both sides continuing to escalate. In the context of the long-lasting and escalating stalemate, it remains unclear how Premier Moe can get both sides to the bargaining table.