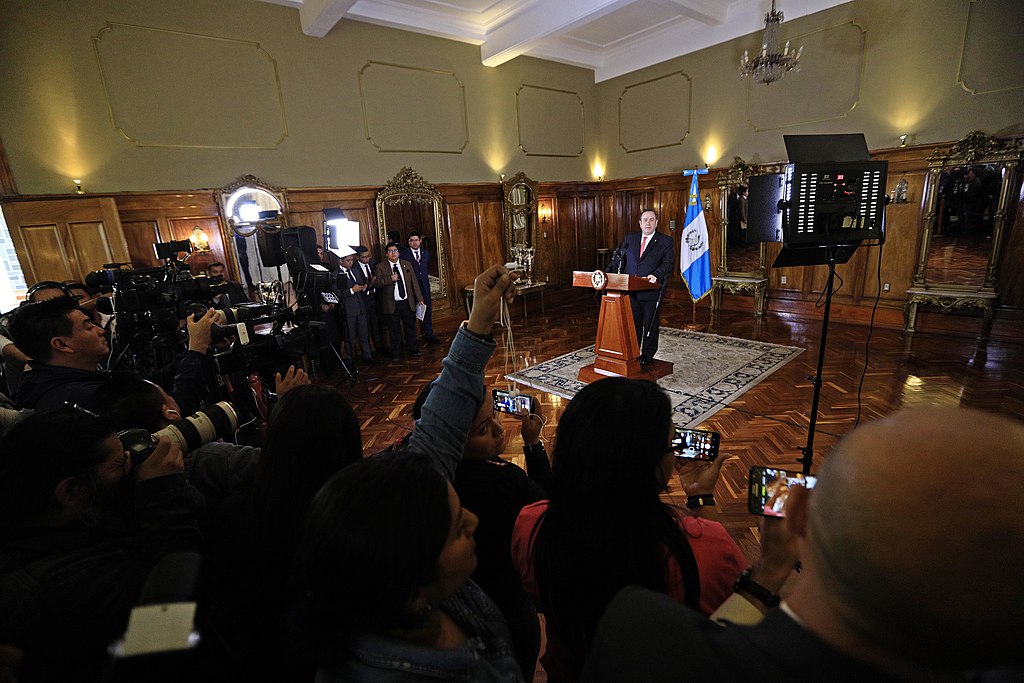 Guatemala has a new president. The centre-right candidate, Alejandro Giammattei, was sworn in on January 14, after obtaining 57.95 per cent of the votes in a second-round election against Sandra Torres on August 11th, 2019. As his administration begins, the president will realize that the country faces many of the same issues that were prevalent during the tenure of former president Jimmy Morales.

In particular, corruption, crime and immigration continue to dominate the political landscape. Regarding corruption, the president will have to restore the institutions that enforce actors to comply with the rule of law in the public sector.

While the previous administration made some advances in addressing crime, perceptions of insecurity in Guatemala are still significantly higher than at the beginning of the decade. Finally in terms of immigration, Giammattei will have to take a stand on whether to honour the agreement between Morales and the U.S. to make Guatemala a de facto safe third country.

According to the Latin American Public Opinion Project (LAPOP) report in 2019, 61 per cent of Guatemalans believe that corruption is a common practice among public workers or officials. Considering that at no point since the early 2000s has this number been below 70 per cent, it becomes clear that the country’s post-civil war era has been mired by this issue.

During his administration, Morales made the fight against corruption more difficult by eliminating the International Committee Against Impunity in Guatemala (CICIG). This UN-sponsored body was established in 2006 to aid the government in identifying and investigating crimes against human rights committed by the state, as well as to protect those who were active in advocating for justice against public officials. Following its elimination, the persecution and criminalization of such activists have become more common.

To replace the CICIG, Giammattei has created the Presidential Committee Against Corruption, whose purpose is to identify and prosecute cases of corruption in the public sector. Rather than being an independent body, the committee is formed by members of the executive branch of government and headed by the president.

The fact that this new committee is dependent on the executive branch is problematic, however, since often corruption cases may involve the president and his ministers. This becomes clear when one considers the fact that, since 2004, three former presidents have been jailed due to accusations of corruption.

Furthermore, Morales, who currently enjoys immunity as a representative in the Central American Parliament has been accused of corruption and of sexual abuse against at least 10 employees. Giammattei himself served time in prison for 10 months, before being acquitted, for killing several inmates while serving as Director of the Penitentiary System.

Guatemala, along with Honduras and El Salvador, is particularly known for the presence of maras, transnational urban gangs which can be composed of up to 20,000 members in Guatemala alone. One in five Guatemalans has been victims of crime in the last year, while those who say that they do not feel secure in their own neighbourhoods increased from 30 per cent in 2012 to 52 per cent in 2019.

So far, Giammattei seems to promote a zero-tolerance policy against crime, a message that may resonate with 45.5 per cent of Guatemalans who believe that insecurity is the country’s main issue. During his inauguration speech, Giammattei promised to pass legislation that would classify the maras as terrorists, arguing that such legislation would give the state the legal tools to prosecute the crime organizations.

During his first two weeks as president, Giammattei declared a state of alert in two municipalities around the metropolitan area of Guatemala City, militarizing the streets and prohibiting social gatherings without permission for seven days. The measure was taken in an effort to directly reduce the high levels of crime in the region.

Some argue, however, that the policy of zero-tolerance, rather than resolve the problem, aggravates it. The solution is not to further punish and marginalize the young men who form the core of the maras. Rather, the focus should be directed towards rehabilitation and socialization, as well as increasing economic opportunities in a country where 59 per cent of the population lives under the poverty line.

Finally, Giammattei must define his position regarding the agreement between the Morales administration and the United States to establish Guatemala a de facto third safe country. Such an agreement would give Guatemala the responsibility to shelter a fraction of those that apply for refugee status in the U.S.

The agreement was made in secrecy and under the pressure of the U.S., after threats from the U.S. to tax remittances sent to Guatemala. Giammattei has previously criticized the deal based on the fact that Guatemala is a country financially unable to bear such a responsibility as where one in four Guatemalans wish to emigrate themselves.

Still, hours before assuming the presidency, Giammattei held a meeting with U.S. public officials on the issue of immigration, signalling greater cooperation between the U.S. and his administration. So far, it is unclear how, if at all, the president plans to continue honouring the agreement.

The issue is particularly relevant in the context of the recent wave of immigrants travelling by foot from Honduras and El Salvador to the U.S. border. Faced with a firm stance from the government of Mexico to not allow the caravan transit through its territory, Guatemala must decide whether to follow Mexico’s example or allow greater mobility to the waves of immigrants.

Regardless of whether the solutions offered by the Giammattei administration are ideal, the question still remains as to whether he has the political support needed to reform the country’s institutions in order to realistically address these issues.

The president gained the presidency after winning a second round of elections, with less than half of registered voters participating and with a low rate of trust in government institutions. The president’s recently formed political party, Vamos, boasts only 17 out of 160 representatives in Congress, limiting the president’s influence over the legislative body.

Giammattei may have entered the fight in less than ideal conditions, but he still represents Guatemala’s newest attempt at tackling its oldest problems. He must now make a choice between following the steps of previous administrations or tackling the country’s issues in a more innovative manner. While he decides, the rule of law over the country’s political institutions and the day-to-day lives of the average citizen are at stake.