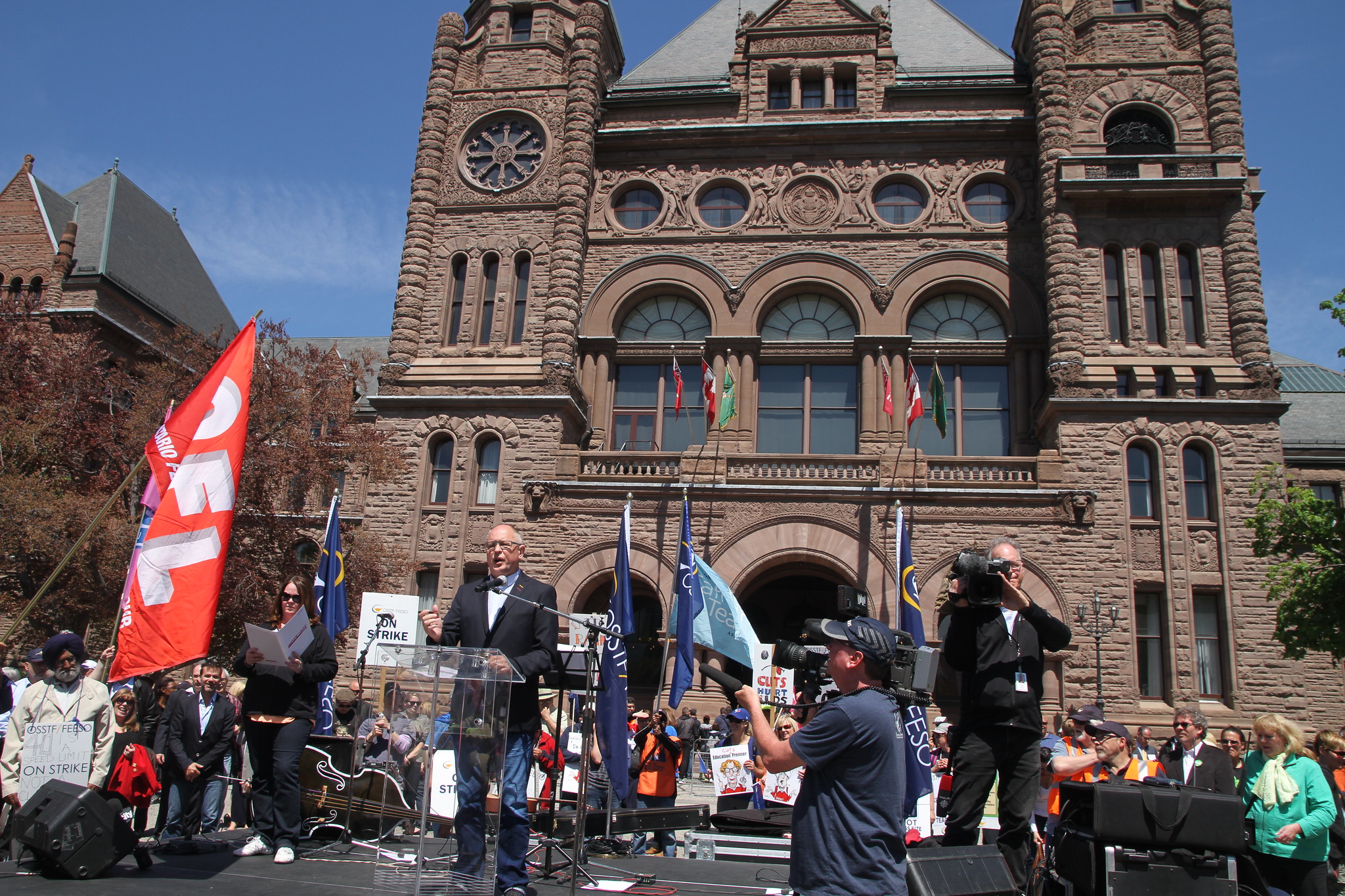 Since the Ford government’s election in 2018, education has been at the centre of attention in Ontario politics. Throughout the 2019-20 school year, headlines of cuts and changes to the education system have made waves. Such reforms have been the basis for the demands of teacher unions, who are now striking.

Typically, negotiations occur among education worker unions, school board associations, and the government. But now, with the Education Minister Stephen Lecce absent from the bargaining table and all four major teacher unions engaged in some form of job action, tensions are high.

Teachers’ unions are demanding reversals of many of the changes enacted by the Ford government. Key concerns of the Elementary Teachers’ Federation of Ontario (ETFO) include class sizes, violence in schools, and support for students with special needs. ETFO has also asked for a two per cent across-the-board wage increase, tied to inflation. The government, however, that passed a bill in late 2019 that caps public sector wage increases to one per cent, has put a halt to this.

The Ontario Secondary School Teachers’ Federation (OSSTF) has aligned itself with ETFO on wage concerns, asking for a wage increase based on inflation. Both unions, who claim they are not asking for additional wage increases beyond inflation, insist that the focus of their job action is to support students. OSSTF is also demanding a reversal of the government’s decision to mandate e-learning courses, which they backtracked on in November 2019, changing the requirement from four to two courses.

The decision to make e-learning mandatory has come under fire since it was announced in early 2019. Recently, the Ontario Student Trustees’ Association released a report on their e-learning survey’s findings. Approximately 60 per cent of student survey participants who had taken an e-learning course reported that their learning needs were not adequately met. A further 94.8 per cent of respondents disagreed with the decision to mandate e-learning classes. Perhaps these findings have made the overwhelming opposition to e-learning clear to the PCs, as they pivot away from it.

Public Opinion: The Driver of Decision-Making

In October 2019, the government and the Canadian Union of Public Employees (CUPE) reached a deal to avoid job action altogether. Some speculated that this swift agreement after the initial threat of strike action could have been a tactical decision from the government to appear prepared to broker deals. Now, with the government absent from the table and strongly in opposition of unions, it seems that this may have been the case after all. In 2020, the government is appearing to be much less cooperative and is looking to gain public support against unions.

Recent polling, however, suggests that the public largely falls on the side of the unions. One poll found that approximately 57 per cent of Ontarians side with the unions, while only 30 per cent side with the government. While this shows an almost 2:1 ratio in favour of unions, it is almost entirely split along party lines. In this case, the question may be less about whether Ontarians support teachers’ unions and more about whether they oppose the current government.

As a result of the high tensions between the four major teachers’ unions and the government, strikes have been occurring consistently throughout the month of January. Between rotating strikes from ETFO and OSSTF, a full withdrawal of services from the Catholic teachers’ union, and a work-to-rule campaign from the French teacher union, it seems that all four are putting lots of pressure on the government to concede.

All things considered, the government finds themselves with two major options: come back to the table and give a significant amount of ground to teachers’ unions, or hope that as unions keep schools closed and deny student services, public support for them will begin to fall. So far, the latter option seems to be the tactic employed by the government, who may see success as job action becomes more intense.

Overall, there is not much of an end in sight for Ontario’s education strikes, as the involvement of unions has been unprecedented. Perhaps this conflict will be ended with back-to-work legislation or declaring schools an emergency service (such as police and hospitals, who cannot strike). One thing, however, is for certain: the longer this dispute goes on, the harder it will be to broker a deal.