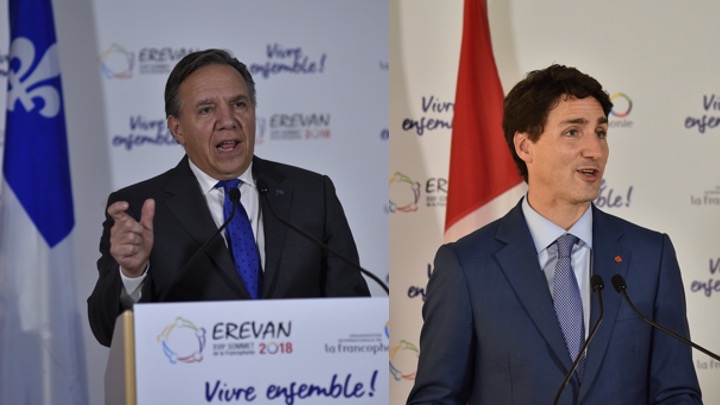 In June 2019, the Quebec National Assembly passed the controversial Bill 21: An act respecting the laicity of the state. Over the past months, students, teachers, and public officials have staged protests against the bill arguing that it takes Quebec nationalism away from its mission for secular government towards clear racism. To some, Bill 21 may appear like an abrupt turn towards racism. When taken contextually alongside Quebec’s political history, however, it may be a less surprising low point for the province.

Why Does Quebec Care About Secularism?

Canada’s historical foundations in the French and British colonies set the stage for two major divides: language and religion. While language is often the focus, division over religion was also a defining feature in mid-twentieth century Quebec politics.

During the Great Depression and immediate post-war era, Quebec’s society was divided along rural and urban lines. Nationalists – mostly conservatives – were concerned about the urban workers’ detachment from the Catholic church. These political divides led to the dominance of the National Union Party until 1959 – best characterized by a close relationship between church and state.

Beginning in the 1960s, political backlash led to the Quiet Revolution, a period which removed the church from social planning and began building nationalism based on language and massive infrastructure projects. Within Canada, this period ushered in a new era of federal-provincial relations marked by the first secession referendum and Quebec’s refusal to patriate the constitution.

In 1977, the Parti Québécois also passed the Charter of the French Language which asserted the province’s francophone history. The Charter, commonly referred to as Bill 101, makes French language instruction the default for all individuals and sets out criteria to access public English language instruction.

Perhaps the most interesting element of the language of instruction policies in Quebec is that, by contrast to elsewhere in Canada, language, not a religion, is the method by which school boards are divided.

In 1988, Quebec amended its education act to organize the public school system according to language as opposed to religion. This resulted in the dissolution of existing “boards of Catholics” and “boards for Protestants”. Five years later the Supreme Court of Canada, in its reference re. Education Act (Que.), ruled that the policy was not in conflict with the rights of religious minorities.

In 2008, the province went further by eliminating religion from the public school curriculum and replacing it with an Ethics and Religious Culture course. While this move is secularizing, critics have argued it also allows Quebec’s curriculum to focus on promoting a type of linguistic nationalism that erases the political, social and economic contributions of non-francophone communities. More recently, in an effort to increase the use of French, the government considered making ‘Bonjour’ the mandatory official greeting in stores, thus banning the common ‘Bonjour-Hi’.

As the province with the most control over its immigration, Quebec’s drive to control its fate vis-a-vis the federal government extends to immigration. Perhaps ironically, Quebec is also the primary driver of bilingualism in Canada.

In 2016, while 45 per cent of Quebec residents reported being bilingual in Canada’s two official languages, that figure was only 18 per cent Canada wide. The focus on settling Canada’s French-speaking migrants in Quebec is centred on the idea that in order to preserve the Quebec nation, it must remain a francophone province.

Quebec has long attracted French-speaking immigrants, with top countries including France, Algeria, Morocco, and Haiti. Increasingly, however, allophone immigrants – those whose first language is neither French nor English – are more common and they tend to have lower rates of speaking French in their private life. A primary concern in Quebec, is that these individuals will bring different cultures and religions to the province and try to carve out space for them.

The ban on wearing religious symbols directly challenges Canada’s multicultural policy by seeking to create a semblance of national unity. By continuing to present Quebecois culture as a monolith without space for other minorities to participate, Quebec’s claim to self-determination due to the presence of a distinct nation remains intact. The most recent update to Quebec’s immigration policy is the inclusion of the ‘values test’ which reinforces the idea that the Quebec government views the province’s culture as monolithic.

At least in Quebec, Justin Trudeau style multiculturalism is problematized by the province’s goal to have a uniform Quebecois culture rooted in self-determination and language. Back in 2015, the idea of a secular culture made national headlines when the federal government debated whether immigrants should be allowed to wear a niqab while swearing citizenship oaths. In the 2019 federal election, while Bill 21 received mixed support among nationwide polls, province-wide polls say that at least 60 per cent of Quebec citizens support Bill 21.

Since Confederation, the tension between Quebec and the rest of Canada has existed. As Canada’s federal politics increasingly drift towards inclusion and multiculturalism, Quebec’s wish to assert a monolithic history and national identity will undoubtedly clash.