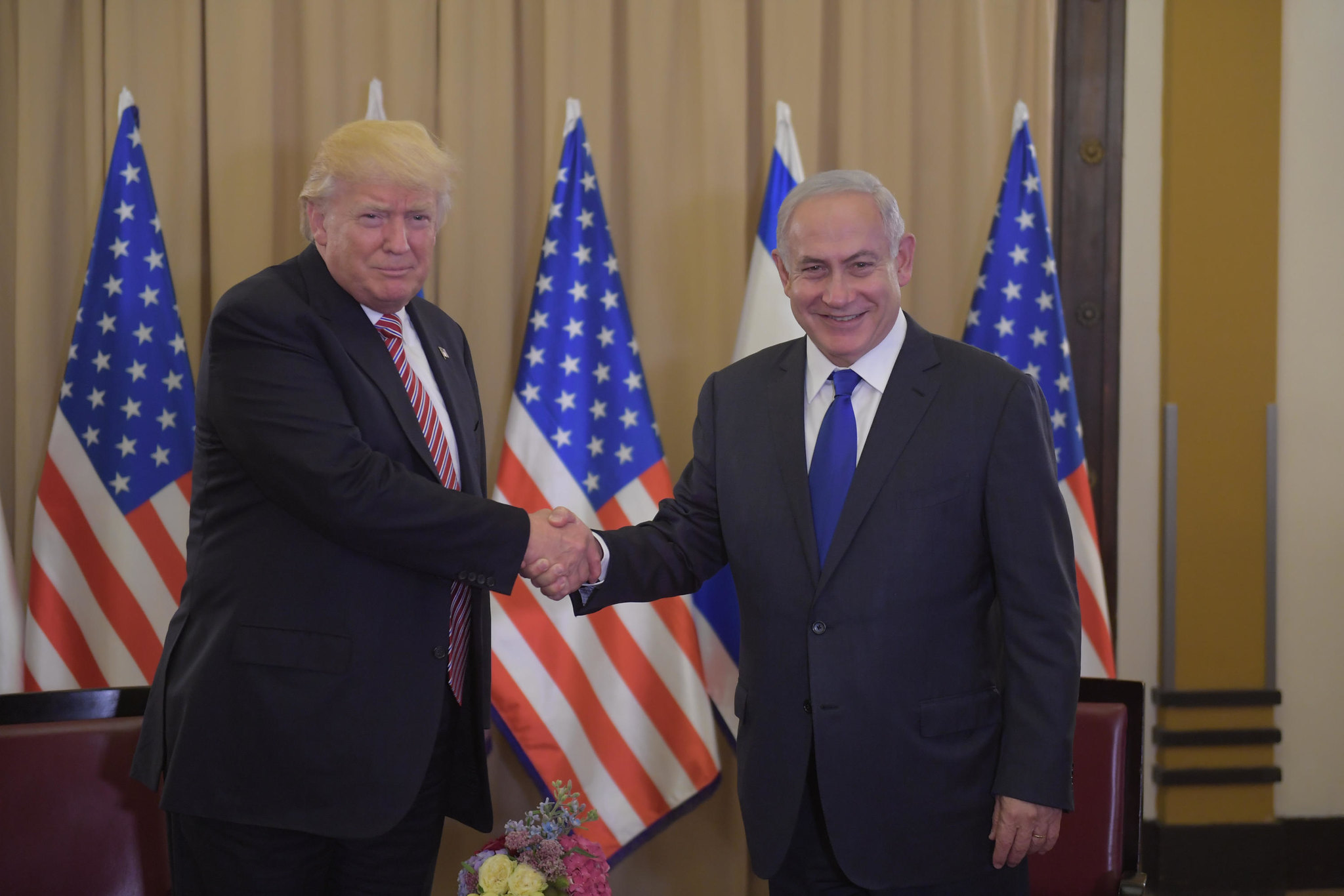 On January 22nd, US President Donald Trump released his Middle East peace deal: the  “Peace to Prosperity” plan. The plan, which proposes a novel distribution of land between Israel and Palestine, was referred to it as the “deal of the century” by Benjamin Netanyahu. However, the plan was constructed without consultation from any Palestinian officials, and additionally sees Israeli statehood on separate terms from what a Palestinian state may look like.

Peculiarly, the plan would develop two industrial regions in the Negev desert, which have been Israeli territory since the nation’s independence, and designate them to the Palestinian Authority.

Additionally, the plan would allow for the Israeli annexation of settlement regions in the West Bank, accompanied by Israeli exclusive roads, and highways, displaying a continuous Israeli civilian and military presence in an independent Palestine.

The acclaimed “plan of the century” fundamentally fails to present a vision of Palestinian sovereignty analogous to that of Israel’s capability of controlling its own territory.

Instead, the plan presents a quasi-independent Palestinian state, where the Israeli military has control over Palestinian borders, and all state roads. This plan evidently fails to present equal definitions of state sovereignty as Israel has security oversight in Palestine, while Palestine has no control over or access to Israeli roads and borders.

Despite this, President Trump’s senior advisor, and son-in-law, Jared Kushner remains persistent in the realization of the plan, stating that he hopes the Palestinian authority will actually “sit down and read it”. However, there is evidently no need to reference the entire 118-page document, as unequal terms are apparent in the fundamental tenets of the plan, and its representation on a map.

The President of the Palestinian Authority, Mahmoud Abbas, has coined the proposal a “conspiracy” that seeks to “buy the rights of the Palestinians.” Abbas has additionally stated that he intends to break all diplomatic ties with the United States and Israel, setting a precedent regarding Palestinian compliance with Israeli institutional oversight. Abbas’ response has sparked pan-Arab unity over the rejection of the plan, particularly through Lebanese protests and an Arab League meeting in Cairo.

The voices that have arisen in support of Abbas’ decision to oppose the plan, do not necessarily reflect Abbas’ historically pacifist political orientation, and instead display a more outright resistance to US-Israeli influence in the Middle East. Protesters have been heard yelling “death to America, death to Israel, we will die and Palestine will survive”. In comparison, the Arab league’s consensus was in line with Abbas’s orientation toward the peace process.

The voices that have arisen in support of Abbas’ decision to oppose the plan, do not necessarily reflect Abbas’ historically pacifist political orientation. Instead, they display a more outright resistance to US-Israeli influence in the Middle East. Protesters have been heard yelling “death to America, death to Israel, we will die and Palestine will survive.”

In comparison, the Arab League’s consensus was in line with Abbas’s orientation toward the peace process.

The committee of 22 Arab and African nations agreed that the peace plan would have to accept the pre-1967 borders. Therefore, pan-Arab responses to the plan display both peaceful and active political solutions to the 70 years of political deadlock seen since Israel’s independence.

Trump has evidently focused on those voices which oppose Israeli sovereignty outright, rather than the Palestinian and Arab pacifist political leaders who were never brought to the negotiating table.

The unequally sovereign jurisdictions displayed in Trump’s plan is described by the President as “a realistic two-state solution that resolves the risk of Palestinian statehood to Israel’s security.” Trump’s utilization of security rhetoric evidently falls short of explaining the necessity for a continuous military occupation and unequal notions of sovereignty. In terms of future diplomacy between the Trump-Netanyahu coalition and the Palestinian leadership, the consistent use of security narratives perpetuates fear and political deadlock, and leave Palestinian voices outside of the peace process.

Security fears evident within Trump’s peace plan demonstrate how the plan further perpetuates what may be considered a conflict feedback loop. This feedback loop has been a pattern seen throughout the historical decision-making processes pertaining to the conflict.

President Abbas has additionally complexified the conflict feedback loop by planning to cut ties with Israeli and American security altogether. Abbas’ discontinuation of historical diplomatic relations demonstrates the concessions that Israel may have to make going forward if it wants any relationship with the Palestinian leadership.

The sanctions that Abbas is acting upon will surely increase Israeli security fears, perpetuate the conflict feedback loop and demonstrates the opposition that has arisen to a political solution built upon unequal notions of sovereignty. In the wake of its publication, Trump’s deal of the century has become a force of division, rather than a solution to the current plight of the Palestinian people, and the security concerns of the Israeli government.