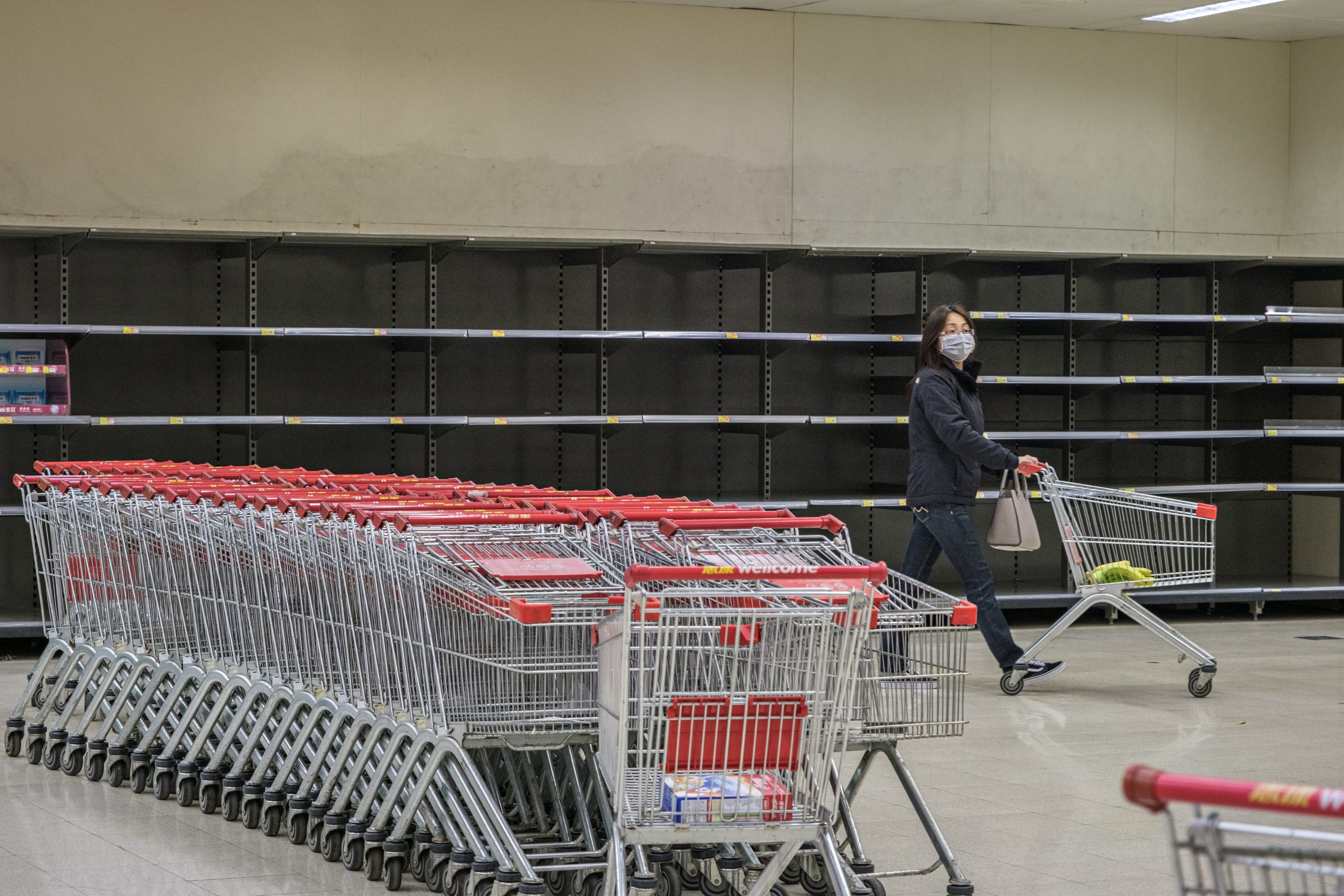 Despite a week saturated with news of the  United Kingdom leaving the European Union, the United States’ announcement of a new Middle East peace plan and the Senate’s impeachment proceedings  of President Trump, no stories managed to avert the global attention away from the novel  coronavirus.

The death toll in China from the deadly outbreak of the novel coronavirus (2019-nCoV) rose to at least 910 on Monday, with the total number of people infected with the virus rising to 40,660 across the country. The epidemic, originating out of  Wuhan, the capital of Central China’s Hubei province, has led to an unprecedented quarantine of approximately 50 million people. Common symptoms include respiratory issues, fever, cough, shortness of breath and breathing difficulties and in more severe cases, pneumonia, severe acute respiratory syndrome, kidney failure, and even death.

Nevertheless, the coronavirus is not just a health problem: it is a political one too. The virus is a problem that has been created, fuelled, and perpetuated by a politic of fear that may prove to be more harmful then the virus itself.

Montesquieu reflects on the power of fear in ‘The Spirit of the Laws,’ arguing that fear threatens a loss of self. Unlike Hobbesian fear which naturally occurs within the state of nature as a method of self preservation [1],  Montesquieu’s view of fear as “despotic terror” is devoid of rationality, moral aspiration, the capacity for agency. [2] For Montesquieu, fear strips individuals of their capacity to act with any kind of moral or rational agency, enabling hostile and antagonistic behaviour to take hold; this kind of behaviour is certainly visible in the reactions to the coronavirus outbreak.

For example, several narratives surrounding the source of the coronavirus have spread, revealing a human penchant for scapegoating and ‘pointing the finger’. Extreme Russian and Chinese nationalist sites blame American bioterrorism for shaping the coronavirus in laboratories to gain an upper hand in the competition for title of global superpower. Meanwhile, while the Washington Times quoted a former Israeli military intelligence officer, who instead blames Chinese biological warfare, saying that the coronavirus may have originated in an advanced virus research laboratory in Wuhan for the same purpose. This modern day ‘witch hunt’ highlights the power of fear in spreading misinformation and generating large-scale anxieties within and between global communities.

The hype surrounding these news stories seem to have pushed political leaders to take, arguably, over the top measures in reaction to the outbreak. At a recent news briefing, foreign ministry spokeswoman Hua Chunying critiqued the US for failing to “provide any substantive assistance” despite being “the first to evacuate personnel from its consulate in Wuhan, the first to suggest partial withdrawal of its embassy staff, and the first to impose a travel ban on Chinese travelers… what it has done could only create and spread fear, which is a very bad example.”  The US is not the only country caught up in hysteria. In Japan, the hashtag #ChineseDon’tComeToJapan has been trending on Twitter, in Hong Kong, South Korea, and Vietnam, businesses have posted signs saying that mainland Chinese customers are not welcome, and in France, a front-page headline in a regional newspaper warned of a “Yellow Alert.”

The coronavirus seems to be unearthing centuries-old racial fears as well as any equally irrational suspicions of the geographic, political, and national-security threats. In a social climate like this, Sinophobia can fester, with irrational fear turning into discrimination and for that to be reinforced as a social fact.

If our human instinct is to panic and fear, then governments have a pivotal duty to break such vicious cycles and prevent the dissemination of fear. So, what political choices can they make during crises?

First, transparency is crucial. Transparency starts inside the government: “with bidirectional lines of communication and aligned strategy between federal, provincial and district governments and no information being suppressed anywhere in that hierarchy” says Swee Kheng Khor, Senior Fellow of Health Systems and Policies at the University of Malaya. With the public, governments must err on the side of transparency by disseminating useful information on multiple communication channels. Additionally, governments must feel confident enough to entrust power to scientists, their work, and the outbreak response protocols. In emergencies, governments cannot arbitrarily decide on outbreak responses or citizens’ freedom of movement based on the whims of politicians and bureaucrats.

For the Chinese President Xi Jinping’s Communist Party, however, such notions of transparency and trust are unfamiliar, as sharing information about the virus or entrusting power to scientists outside of the government might be perceived as a sign of geopolitical weakness. As noted by Shanghai-based economist, Andy Xie, in the South China Morning Post: “Wuhan’s failure shows up the systemic weaknesses in the top-down structure of the China model, where everyone in the hierarchy is accountable to someone above.”

Xie’s observation reflects Montesquieu’s thoughts on despotism and fear: fear arises from an excess of power where intermediate institutions and plural social structures are destroyed. As a result, political power is monopolized in the hands of a single ruler who can then act with unmitigated power. The novel coronavirus has demonstrated that such centralization of power and information can create uncertainty among other states, which, combined with a fear of the unknown, can result in widespread adverse consequences.