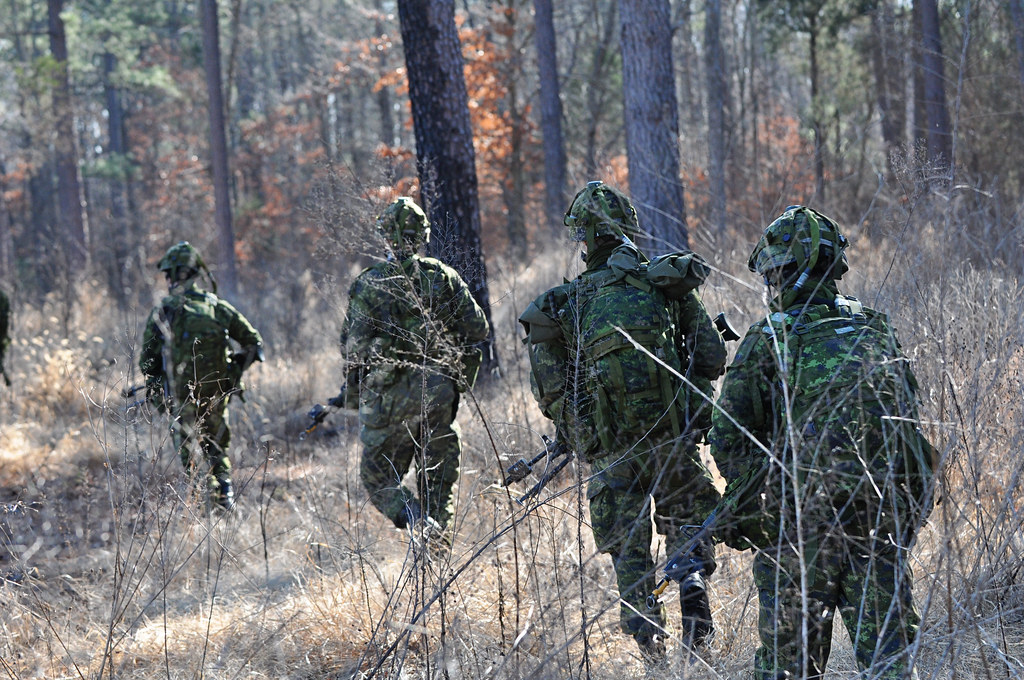 As more cases of white supremacy become apparent in the Canadian Army Reserves, the military is increasingly pressured to take direct measures in rooting out extremist actors. Demands to identify and expel extremists from the Reserves have grown after the arrest of former Manitoba army reservist Patrik Mathews by FBI agents in Delaware. Hidden camera footage documented Mathews and fellow members of the American neo-Nazi group ‘The Base’ discussing plans to commit acts of violence reminiscent of the 2017 Charlottesville car attack at a ‘Unite the Right’ rally in Virginia.

While the American military eventually arrested Mathews, it was Canadian military forces that began investigating him in 2019 while he was a combat engineer with the 38 Canadian Brigade Group in Winnipeg.

After an anonymous individual reported comments “incompatible with the Canadian Forces”, the military granted his request for release from the reserves. Despite this, they did not pursue an arrest. Brig. Gen. Sylvain Menard justified this decision, claiming Mathews was “innocent until proven guilty, and at the time of release, we just didn’t have enough to do anything about Mr. Mathews.” He even indicated that it was still a “success story” that a preliminary investigation into Mathews was conducted in the first place.

Part of the problem with the delayed arrest is that the military has yet to formalize the definition of “hateful conduct” that requires mandatory release from the reserves.

Currently, this action is grouped with a broader category of misbehaviour, about 200 cases of which are investigated every year. Approximately half of these cases are dismissed with the suspect being allowed to return to the reserves without restrictions.

Retired colonel and current lawyer Michel Drapeau expressed frustration with the status quo, arguing “You’ve got to have the definition,” adding, “There is no excuse in 2020 for not knowing this. Get on with it.” Drapeau views this change as important to remedy problems within the Reservists, which he characterized as a “back door” for white supremacists to enter into the general Canadian Forces.

In a recent report on white supremacy within the forces, The Canadian Military Police Criminal Intelligence Section identified sixteen military members of extreme hate groups as well as thirty-five others engaged in “racist or hateful” behaviour.

Tony McAleer, a former member of the ‘White Aryan Resistance’ and now de-radicalized, described the “wide range of people it [the military] attracts as a potential problem for the cultivation of far-right extremist ideology.” He points to the military’s centrality on patriotism and nationalism as potentially radicalizing, leading into ultra-nationalism and in some cases, white supremacy.

McAleer describes that many white supremacists join the reservists after their involvement with extremist groups, potentially to gain technical skills to plan out extremist attacks. In his own case, McAleer describes joining an airborne infantry reserve unit “for the weapons training.”

Current measures the military takes to vet out extremists include an aptitude test, references and conduct checks, security screenings, and a personal interview.

Brig. Gen. Liam McGarry, responsible for recruiting, assures that “anything that you have done … chances are it will come to light throughout the process.” Evidently, these measures were not sufficient to prevent Matthews from joining the Reservists where he received training in explosives.

After the RCMP raided his home and found a stash of guns in August, Mathew was on the record saying, “I could really wish they f-cking all started searching my place, accidentally trip a pin, and, boom, and the whole house goes boom.” If convicted, Matthew would face a maximum of 90 years in U.S. prison for a variety of charges, including transporting a firearm to commit a felony.

It is clear that the Canadian Reservists need stronger prevention measures to root out extremists, who may have otherwise carried out violence in the name of white supremacy, a category of violence that has seen thirty-seven separate incidents since 2017.

Canada added white-supremacists organizations to its terror list for the first time just last year. Following in the government’s footsteps, the Canadian military may consider dealing with indications of white-supremacist violence from reservists through immediate judicial punishment, not just situation monitoring or approving requests for release, which may not confront the extremist actor.