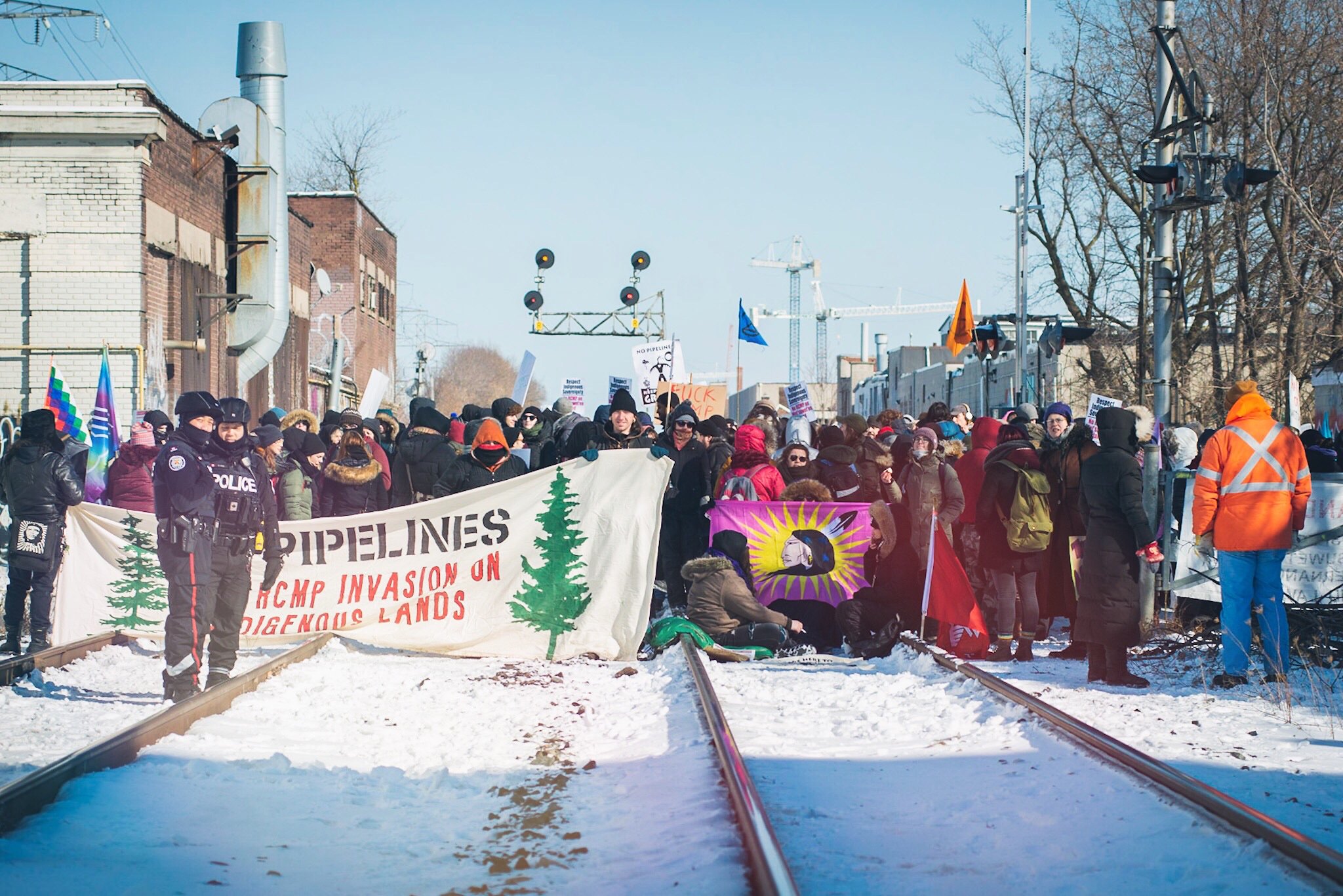 The Oka Crisis began in Québec in 1990 as a standoff between Mohawk protestors, provincial police, and the Canadian army. It was in response to the proposed construction of a golf course and a condominium over a Mohawk burial ground.

Following a Quebec Superior Court injunction ordering the blockade to be torn down, 100 armed police officers – with grenades, tear gas, and even assault rifles – took up positions around it. Tensions ran high with gunfire on both sides, causing the standoff to become deadly, killing a Sûreté du Québec officer. The crisis ended when the Mohawks surrendered on September 26th, 1990 in return for the expansion being cancelled; the federal government ultimately purchased the land.

Thirty years later, a similar conflict has arisen in British Columbia in response to the proposed construction of the Coastal GasLink pipeline, which is slated to pass through unceded Wet’suwet’en territory, despite opposition from hereditary chiefs. Complicating the process, however, is the fact that certain segments of the Wet’suwet’en community have been in support of the project.

Regardless, both protests, despite beginning in response to construction projects, are seemingly emblematic of a deeper problem: the government’s continued reluctance to acknowledge Indigenous sovereignty and ownership over traditional territories.

On January 8th, an RCMP tactical unit was deployed at the Gidumt’en checkpoint, which sparked the beginning of the solidarity protests across Canada. For days, protesters near Tyendinaga Mohawk territory disrupted passenger and freight-train service along the rail corridor connecting Toronto and Montreal.

The prime minister and opposition alike have called for the barricades to come down, as they are alleged to negatively impact Canada’s economy. Despite these calls, Trudeau unequivocally ruled out the use of force to lift the Indigenous blockades, stating that “history taught us how governments can make matters worse if they fail to exhaust all other possible avenues,” perhaps an ode to failures of the Oka crisis. In the case, the police were called in to enforce law and order, but their presence resulted in just the opposite.

On March 1st, Ottawa and the B.C. government made an agreement with Wet’suwet’en chiefs to recognize their nation’s land ownership rights moving forward. The agreement, however, would not cover the current dispute over the pipeline route.

This workaround perhaps signals that the government is not prioritizing Indigenous rights and reconciliation, and instead, wants to continue to appeal to economic development projects. Meanwhile, Coastal GasLink has resumed construction, and remains on track for an in-service date of 2023.

How Will the Government Shift its Approach?

The Wet’suwet’en protests have had many implications, not just for Indigenous communities, but for Canada as a whole.

Moving forward, perhaps the government will place a larger emphasis on Indigenous reconciliation by firstly, acknowledging Indigenous land sovereignty. Additionally, as the solidarity protests temporarily halted a portion of trade throughout Canada, it has added a sense of urgency to get all parties to a discussion table.

As a minority government that must look to its more progressive counterparts – notably the NDP – to prop up its mandate, the Liberals must see the Coastal GasLink pipeline from multiple perspectives, including its effect on the environment.

Perhaps, in order to maintain its minority power, the government must reassess its approach to both Indigenous reconciliation and climate change, two issues which were key pillars of their election campaign.