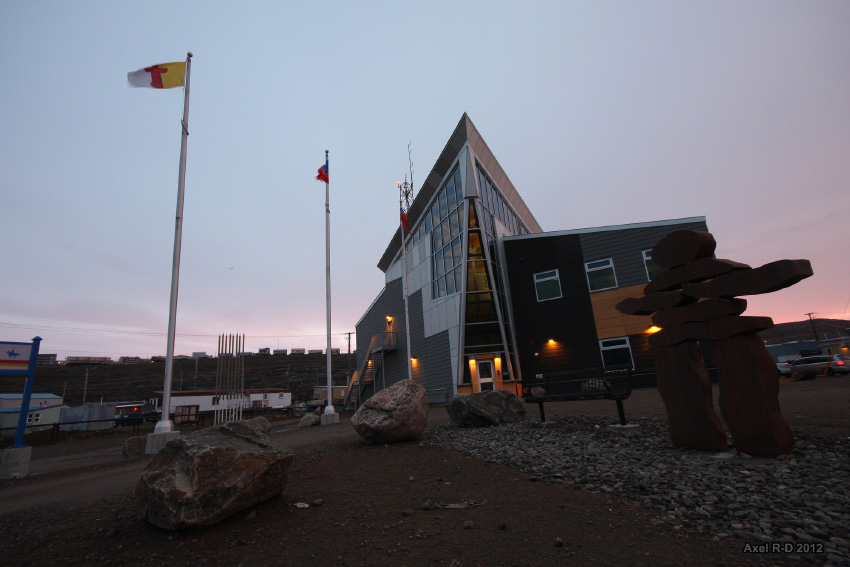 On March 11th, the World Health Organization officially characterized the novel coronavirus disease, COVID-19, as a global pandemic. Since then, both federal and provincial governments have announced significant measures to reduce the spread of COVID-19 in Canada.

All three territories have declared public health emergencies. Schools, daycares, and post-secondary institutions are closed across the territories, and all travellers recently returning to the territories must isolate themselves for 14 days.

Workers travelling from the South that provide essential services, such as doctors, nurses, and RCMP officers, must go through an advanced screening process to work. In response to the first case of COVID-19 in the territories, the Northwest Territories shut down its borders, with Nunavut also closing its borders two days later.

Economic Relief in the North

As everyday life in the North has come to a standstill, territorial governments have responded with economic relief plans to support local workers and businesses impacted by COVID-19.

In the Northwest Territories, the Legislative Assembly also announced a $13.2 million economic relief package to ease strains on supply chains and allow businesses to defer loan payments for up to three months.

According to Northern Affairs Minister Dan Vandal, the $82 billion COVID-19 economic relief package announced by the federal government will soon begin flowing to the territories. The relief package will be accompanied by a $500 million package announced on March 11th for provinces and territories to bolster their healthcare systems. The $500 million fund will be distributed on a per capita basis, which may not work well for smaller jurisdictions in the North.

Nunavut faces the problem of having a small population of 39,000 in conjunction with healthcare inequalities and high costs of living. In a phone interview with MJPS, Nunavut MP Mumilaaq Qaqqaq stated that the conversation of who “deserves” more money needs to be thought about differently, so it does not become a “dividing factor in Canada.”

Compared to the provinces, the territories have the worst health outcomes in Canada, with Nunavut ranking last in Canada on indicators such as life expectancy and respiratory disease mortality.

The Northwest Territories and Nunavut have consistently ranked last in Canada for the number of physicians per 100,000 people, with many remote northern communities functioning without any immediate medical support.

The health inequalities in the territories underscore the importance of limiting the spread of COVID-19. As Northwest Territories MLA Lesa Semmler remarked, “we are already working our health care at capacity on a normal day. We can spread this so fast in our communities and we need to stop this before it gets there.”

The territories also rely on laboratories in the provinces to obtain COVID-19 test results, possibly creating delays in information about the number of positive cases. For example, although Yukon has completed almost 400 tests, results are being delayed by a backlog at a lab in British Columbia. In Nunavut, test results in Iqaluit can come back in two to three days, but in more remote communities, results can take up to a week.

MP Mumilaaq Qaqqaq also points to the lack of health services, high costs of medical travel, and overcrowding housing that affect Nunavummiut day to day, further emphasizing the importance of “amplify[ing] social distancing.” However, it can be difficult to limit the entry and exit of people living in remote communities, as residents often travel to nearby towns and villages for medication and groceries.

The Challenge of Vulnerable Supply Chains

Although major toilet paper suppliers have stated that Canada’s supply chain of toilet paper and other essential goods will be resilient in the face of panic buying, the same may not be true for remote communities. According to the Assembly of First Nations National Chief Perry Bellegarde, “fly-in communities are being hit hard by [COVID-19] because there is no extra supply chain up there…”

These vulnerable supply chains could exacerbate food insecurity, as Nunavut experiences the highest rate of food insecurity in Canada – over four times the Canadian average. To lessen the impact of food insecurity, food centres and soup kitchens in Nunavut remain open until March 25th, offering takeaway containers for people to take food home.

To address these issues, Marc Miller — the Minister of Indigenous Services, announced that the federal government has allocated $305 million to address the immediate needs of First Nations, Métis and Inuit communities. The government has also established a $100 million envelope that Indigenous communities can use to buy medical supplies and personal protective equipment.

Despite assurances from the federal government, it is unclear whether these funds will be enough to adequately protect Indigenous communities from a pandemic. Nunavut MP Mumilaaq Qaqqaq described Ottawa’s response as “a good start” but added, “it’s not at all close enough to what we need.”

Further, Qaqqaq indicated the funding may not be enough to reach existing housing and infrastructure needs, “let alone being able to try and have a faceoff with a pandemic that has no proven vaccine or treatment yet.”

As Canada continues to escalate the measures taken to limit the spread of COVID-19, special consideration of the unique vulnerabilities affecting those in the North must be taken to develop an effective response to the pandemic.