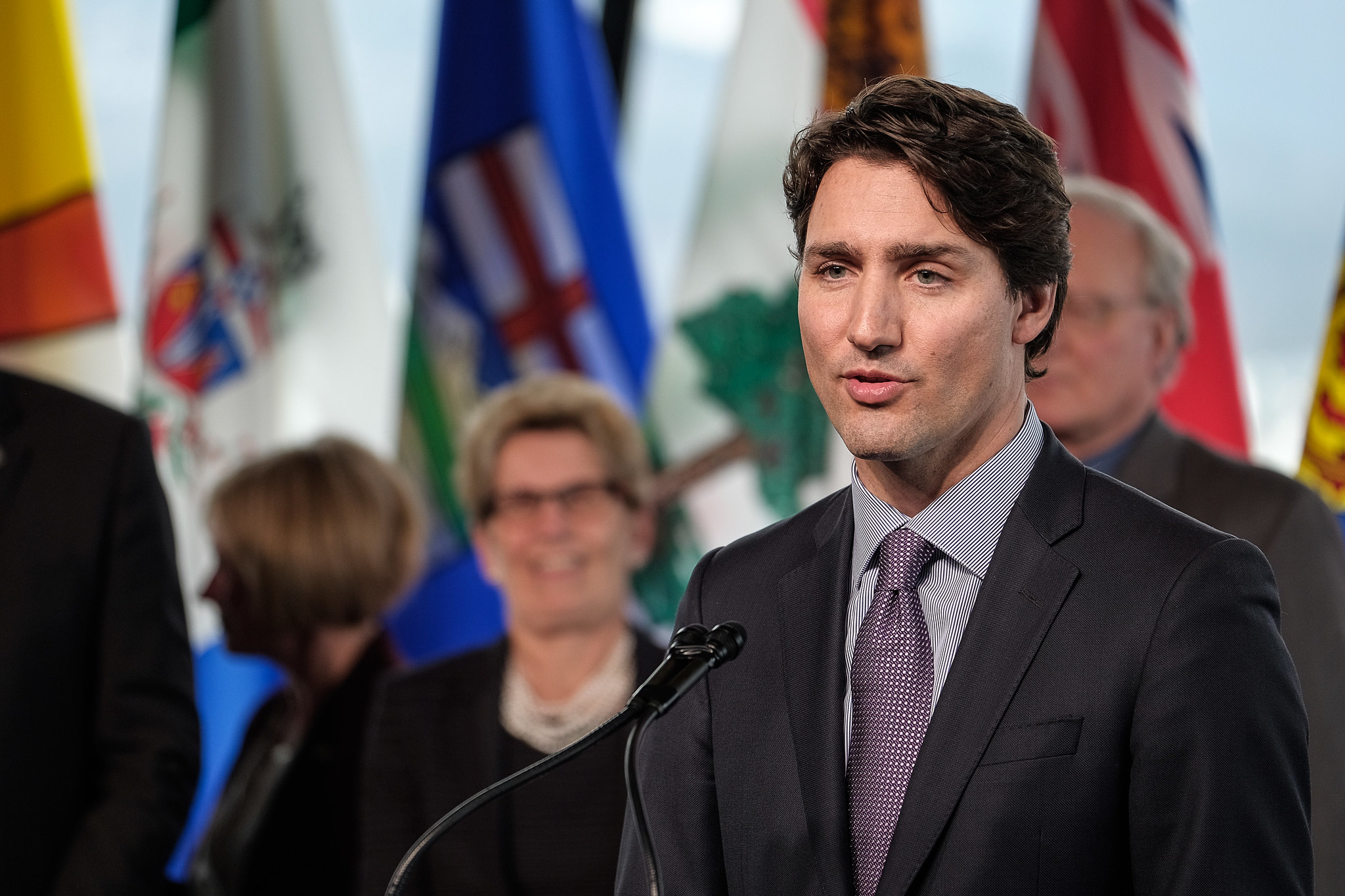 Governments around the world have been scrambling to develop effective policy packages that will help their citizens through the COVID-19 pandemic crisis.

In Canada, most non-essential businesses are having to close or reduce their services, and stock markets are fluctuating dramatically. In addition, there have been shortages of important products such as personal protective equipment (PPE) for health care workers, medical devices as well as some foods and cleaning products.

As unemployment spikes, record numbers of Canadians have applied for Employment Insurance. While direct payments to those affected and wage subsidies are the most high-profile measures, the Liberal government has announced several other measures to address the other facets of the crisis.

Justin Trudeau’s government has proposed increasing the maximum Canada Child Benefit (CCB) payment by $300 per child for the 2019-20 benefit year. This increase means families receiving CCB are eligible for approximately $550 on average.

The government has also proposed a one-time payment through the Goods and Services Tax Credit (GSTC), planned to occur by early May 2020.  According to government estimates, doubling the annual GSTC payment amounts for the 2019-20 benefit year will contribute $400 to single individuals and almost $600 for couples.

Allocating funding to parents during this crisis is important, as many are facing the reality of closed schools and daycares, which will make life much harder for essential workers such as first responders and grocery store employees.

The reality of closed schools and daycares may create space to consider a national childcare program, federally funded with standards enforced by the government. A program like this, advocated for by organizations like the Public Service Alliance of Canada, could remain open during public health emergencies with high health and safety standards. This would also provide stability and eliminate the need for emergency childcare measures.

To address the mental health needs of children, the federal government also announced $7.5 million in funding for Kids Help Phone for additional counsellors and volunteers.

The Canada Mortgage and Housing Corporation (CMHC) has announced that it will allow lenders to provide the option of deferred mortgage payments on loans that it insures against borrower default. In turn, Canada’s six largest banks have announced that they will be offering “flexible solutions” to help those affected by COVID-19, including a six-month payment deferral for mortgages.

As Employment Insurance (EI) claims have spiked, it is clear the income of many Canadians has been affected by the pandemic. This will make it difficult for many to cover their usual mortgage payments. With inaction, this could also lead to a significant number of Canadians defaulting on their mortgages, invoking memories of the 2008 crisis but with the added strain of a global pandemic and Canadian unemployment projected to hit a 70-year high.

While the deferral of mortgage payments seems attractive at first glance, close examination reveals the measures may not be as beneficial to Canadians as they seem. The plan to allow for deferrals does not include an interest holiday, meaning that while payments are skipped, interest is accumulated on these outstanding payments and is incorporated into future monthly payments when they resume.

The government has also announced a moratorium on student loan payments. The moratorium will be six months and interest-free, applying to all those currently repaying Federal Student Loans.

COVID-19 has upended post-secondary education across the country, as all university and college campuses are closed. Like all Canadians, students and graduates paying their loans are also facing an exceptionally harsh labour market.

This moratorium will not permanently lift the burden of these loans, and if in six months the economic effects are still pervasive, more relief will be needed to avoid mass defaults.

However, the moratorium on student loan payments will at least help take the stress off of those concerned with how they will repay their loans for the next six months.

The government’s relief effort will include $157.5 million for the Reaching Home initiative which provides funding to urban, indigenous, rural and remote communities to help address local homelessness needs. According to the government, this funding can be used for “a range of needs,” including measures to reduce overcrowding in shelters by securing accommodation, or for purchasing supplies such as beds and physical barriers for social distancing.

Experts have warned that people suffering homelessness are particularly vulnerable to contracting COVID-19 and that an outbreak in this community would be devastating.

Many programs for the homeless have closed due to health concerns, and those that remain open are ill-equipped to facilitate social distancing.

Further, Canadians facing homelessness often have underlying health conditions. This is compounded by their lack of access to facilities to follow government recommendations regarding self-isolation and sanitation, making them particularly vulnerable to the virus.

$50 million is being allocated to women’s shelters and sexual assault centres, including funding for facilities in Indigenous communities that will help expand their capacity to prevent outbreaks. If these shelters were forced to close due to health concerns, this would leave many women without a safe refuge from abusive relationships and further contribute to Canada’s already existing domestic violence crisis.

While this may not be a well-reported issue, when considering the ramifications of measures taken to contain the pandemic, experts have warned that self-isolation practices could lead to increased domestic violence.

Most Canadians seem to be happy with the Prime Minister’s handling of the crisis so far, with 64 per cent polled answering positively. That said, Trudeau still lags behind other Canadian politicians such as Quebec Premier Francois Legault (93 per cent) and Ontario Premier Doug Ford (74 per cent), as well as world leaders such as UK Prime Minister Boris Johnson (70 per cent) and German Chancellor Angela Merkel (75 per cent).

As the crisis continues to develop, Canadians can expect more policy announcements that will address unforeseen, underestimated or ignored effects of the pandemic. In a time of uncertainty, continuing government intervention is one thing you can safely bet on.

Image by the Province of British Columbia via Flickr Creative Commons.