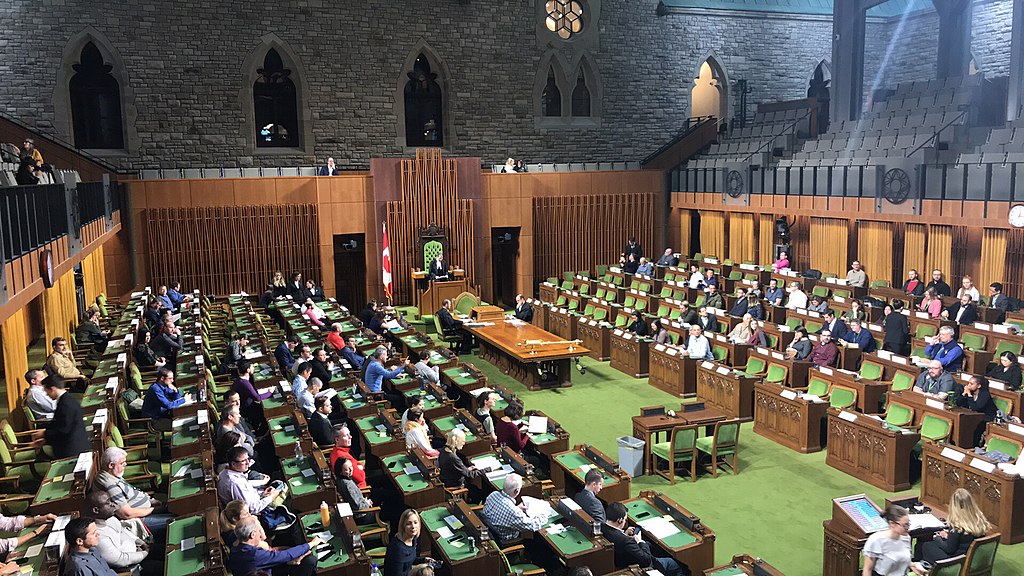 On March 24th, Parliament reconvened to negotiate an aid package to help Canadians struggling during the COVID-19 pandemic. To follow social distancing recommendations, the MPs agreed that just 32 out of the 338 members would be present to debate and vote on Bill C-13, the Canada Emergency Response Benefit (CERB).

Parliamentarians, spread throughout the chamber seated at least two metres apart, passed the $107 billion aid package after hours of tense negotiations. The new legislation will help boost access to employment insurance and other programs that will flow money to workers and businesses in need.

During these negotiations, the government has perhaps realized the importance of balancing the need to act quickly to help Canadians while also remaining accountable to Parliament.

With new government-mandated social distancing and self-quarantine measures now in place, many non-essential businesses have been ordered to close.

Indicators point to the current economic crisis being fundamentally different than those which came before it. In typical economic shutdowns, such as the 2008 stock market crash, the job numbers tended to decline over a steady period of time, giving the federal government time to ramp up their ability to respond with each worsening week. The economic implications of this pandemic are transpiring differently.

In the past two weeks, over one million Canadians applied for employment insurance, compared to the 1.6 million who applied during the entirety of the 2008 financial crisis. Ottawa is expecting about four million Canadians to apply to the new CERB.

Many measures that have worked in the past are not working now; language around the economy has evolved from describing the current situation as a “recession” to labelling it a total economic shutdown.

Whatever transpires in the coming months, Ottawa must be prepared to adequately accommodate Canadians whose livelihoods are fundamentally altered.

The Need for Oversight

A point of contention in the legislation was the Liberal government’s proposed ability to tax, borrow, and spend more money without parliamentary approval. The first draft of the bill granted the government unlimited tax-and-spend powers until the end of 2021. Once amended, the bill now only allows for this clause until the end of September 2020.

Despite being in unprecedented times, there is still a need for parliamentary oversight on legislation. The revisions now allow for the government to be accountable through regular reports to the House of Commons’ health and finance committees.

Though the newly minted benefit plan will provide $2,000 a month for up to four months for workers who lose their income as a result of the COVID-19 pandemic, there are some shortfalls.

Newly unemployed Canadians want to know if there will be jobs waiting for them at the end of this pandemic. Given increased uncertainty about the duration of the pandemic, Canadians are growing anxious about their economic situation when the CERB runs out. In addition, many wonder if the October 3rd end date will cover a worst-case scenario.

In addition, the existing employment insurance program is riddled with its own problems caused by the unprecedented high volume of applications received recently.

Coupled with the government’s faulty Phoenix payroll system, many are wondering how feasible the benefit rollout will be, especially considering the projected number of four million applicants.

In these difficult times, the government should undoubtedly be given credit for supporting Canadian workers and businesses and attempting to stabilize the economy.

Previously, Canada offered a ten per cent wage subsidy to help small businesses retain and pay their employees. Compared to other countries, such as the United Kingdom and Denmark – where wage subsidies have reached levels as high as 80 per cent – many began to wonder if Canada was doing enough for its citizens.

In the midst of the pandemic, the Trudeau government announced enhanced measures to keep employees on their employer’s payroll: a boosted wage subsidy totalling 75 per cent and guaranteed interest-free loans for small and medium-sized businesses.

To avoid mass layoffs and foster conditions for a smooth re-opening of markets, businesses may need the financial capacity to keep employees on their payroll during these tough times. The short-term costs might be worth the long-term benefits, such as a potential return to normalcy in the coming months.

While it is important to remain flexible and adapt quickly to the changing circumstances, the government must also prioritize oversight, especially when spending large amounts of money.