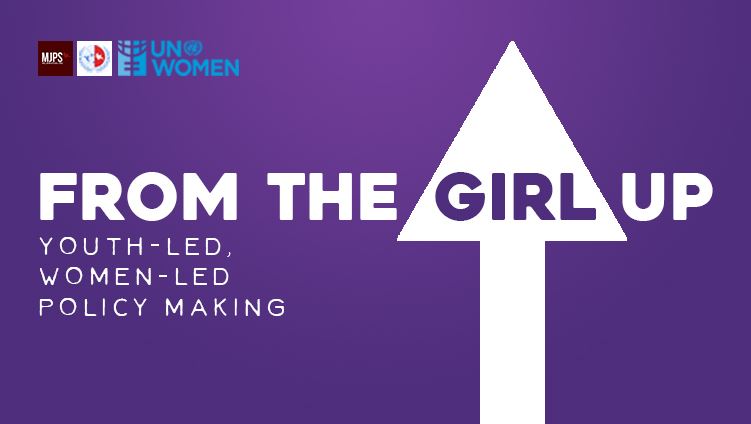 In dealing with the effects of climate change in the Global South, it seems the world has tasked women with building resilient and adaptable communities. As governments pour more resources into gender equality as a mechanism for climate action, the international community must do a serious revision of our approach. While linking gender equality and climate action can be effective, current development programming depends on women to mitigate the effects of climate inaction rather than including women as early stakeholders in developing climate-smart policy.

Globally, women are disproportionately impacted by climate change. In the agricultural sector, for example, women farmers account for 45 to 80 per cent of all food production in low-income countries. With increased occurrences of natural disasters, women are particularly affected by the loss of agricultural productivity and property destruction. Traditional roles for women as managers of natural resources and primary caregivers also mean their livelihoods directly intersect with climate change.

This experience has led the international community to “capitalize” on the supposed “caregiving, educating and nurturing” nature of women. That stated, burdening women with mitigating the effects of climate change without making an inclusive effort to remedy the root of environmental degradation is not only negligent, but it plays into harmful stereotypes around the endless resilience of poor women.

Women and Climate Action: Beyond the “Clean-Up Crew”

Across the Global South, climate change is often linked to industrial pollution, soil erosion, and deforestation without recognizing the economic dynamics that lead to rising emissions. Lax international regulations on natural resource extraction in the private sector and little monitoring on the conduct of foreign corporations creates serious problems for communities whose livelihoods are often disrupted by such projects, especially women.

In Brazil, the 13th largest global emitter of CO2, policies to dismantle environmental protection for the Amazon forest have led to an 80% rise in deforestation since 2018. This environmental mismanagement is also linked to increased food insecurity and water shortages that disproportionately affect women. Additionally, the influx of foreign-owned and invested mining and extractive corporations with no local ties to the community has led to a reported increase in new illnesses as well as sexual and physical violence. Unfortunately, these reports on the impact of poorly regulated extractive industries are not unique to Brazil. In Bolivia, women in mining communities also report higher rates of sexual and physical violence.

Beyond acting as mitigators and adaptors, there is a demonstrable need to include women in environmental management and the development of the international agenda on climate action.

In the fishing industry, for example, 47 per cent of those who earn income directly from fishing are women. Despite this, women are over-represented in processing jobs and underrepresented in management positions. The industrialization of the fishing industry is exacerbating this gap as independent fishing communities are forced to invest in new methods and seek new fishing grounds unexploited by fishing trawlers. This can be unaffordable or otherwise unattainable for women primarily responsible for domestic tasks. Again, the international community places a burden on women to build sustainable industries without an equal effort to regulate the industrialization that is at the root of unsustainable practices.

In the Central Region of Ghana, the Environmental Justice Foundation (EJF) finds that the industrialization of fishing communities and illegal fishing has disrupted women’s ownership of fishing boats, a tradition that gives women the authority to manage resources. According to Hen Mpoano – an NGO based in Takoradi, Ghana – women are also excluded from technical initiatives, community meetings and management decisions on how to manage these systemic challenges.

This underscores the importance of complementing the empowerment of women to build sustainable industries with an inclusive effort to address the sources of resource depletion. This inclusive effort requires funding and capacity development for existing women-led fishing businesses to provide a platform for participation in environmental management.

The international community has recognized the growing need for a transition to renewable energy, especially in low-income countries. What is often missing from this analysis, however, is the inaccessibility of renewable energy and sustainable technology, especially for low-income women or women living in rural communities. As the world scrambles to find innovative climate solutions, it’s also evident that women have been at the forefront of using renewable energy and green technology to improve livelihood prospects.

For these reasons, when distributing climate finance, beyond imposing transitions to renewable energy in low-income countries, special consideration should be given to women-led organizations making sustainable energy and technology accessible to their communities. In Tilonia – a rural community in Rajasthan, India – ‘Barefoot College’ has trained over 15 000 women in solar engineering and water testing. In a country where 72 per cent of rural households depend on fossil fuels, such innovations have decentralized green technology and brought affordable, renewable to more than 13 000 homes.

Investments into women-led, climate-smart innovations are also financially viable. According to a 2015 report by McKinsey Global Institute, a “best in region” scenario wherein countries match the gender parity progress of the fastest-improving country in their region could add up to $12 trillion in annual global GDP by 2025. If we consider the latest reports which estimate the climate finance gap stands at $2.5 – 4.8 trillion USD, addressing the lack of capital for women pioneering green innovations is especially apparent.

Ultimately, climate action is climate justice. Beyond placing the onus on women to adapt and mitigate the impacts of climate change, there must be a measured effort to regulate resource exploitation in the private sector and include women in resource governance as well as climate action development at the early stages.