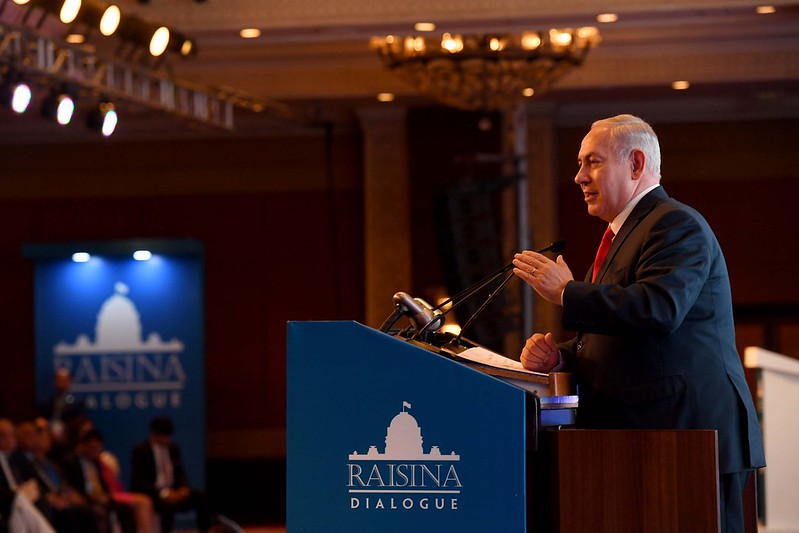 When Prime Minister Benjamin Netanyahu arrived at the courthouse that would hold his trial, protesters for and against the premier filled Salah a-Din Street in East Jerusalem. Netanyahu supporters waved flags of Israel and posters comparing the premier to Alfred Dreyfus, a captain in the French army who was wrongly convicted of treason, publicly degraded, and imprisoned on the basis of anti-semitic sentiment. The same day, protestors outside Netanyahu’s residence gathered with posters calling for his resignation and carrying a massive banner with the words “crime minister.”

For some Israelis, Netanyahu’s trial on felony corruption charges seemingly marks the last chance to end his tenure as Israel’s longest-serving prime minister in the near future. Others view the trial as a disgraceful sham, intended to disempower Israel’s political right wing. Regardless of political position on Netanyahu and his alleged corruption, the trial holds unprecedented historical and political significance for Israel.

What are the Charges?

Netanyahu has been indicted in three different cases of alleged corruption. Formally, they are known as Case 1,000, 2,000, and 4,000. Case 1,000 and 2,000 detail cases of fraud and breach of trust in which the prime minister has been accused of receiving expensive gifts in exchange for political favours and attempting to manipulate the coverage of a newspaper in favour of more complementary news coverage.

Case 4,000 details fraud, breach of trust and bribery in which Netanyahu allegedly made decisions benefiting former controlling shareholder of the Bezeq telecommunications company, Shaul Elovitch, in exchange for favorable coverage on Bezeq’s Walla News website (Israel’s second-biggest news site). While this case is very similar to Case 2,000, it differs because Case 2,000 was never finished while Case 4,000 was allegedly completed.

The potential impact of Netanyahu’s trial is multifold. The trial’s trajectory will reverberate through Israel’s socio-cultural, political, military, and economic spheres. Socio-culturally, the trial may exacerbate the great division in Israeli society between Netanyahu’s loyal followers and those who see him as a corrupt, menacing politician. This dichotomy has been amplified by Netanyahu himself, who, using similar language to US President Trump, has repeatedly promoted the notion that the entire investigation is a left-wing conspiracy to oust him.

In response to Netanyahu’s aggressive, divisive televised remarks before the start of the hearing, opposition leader Yair Lapid went so far as to accuse Netanyahu of attempting to start a civil war and carry out a coup. Israeli scholars warn that the trial’s hold over Israel’s public discourse may serve to distract from other serious challenges that the country is facing, both new and longstanding, including controversial annexation initiatives and the novel coronavirus.

Those who share this concern argue that every decision made by Netanyahu’s government will be suspect and potentially tainted by the desire of the prime minister to disrupt public opinion. For example, Prof. Yuval Shany, a legal scholar at Hebrew University and the Israel Democracy Institute, expressed concern that, should a war erupt, the motivations of the Netanyahu government will be called into question as Israelis consider whether there is a legitimate security threat or simply an attempt to manipulate public opinion towards the government.

The next session in the case, in which preliminary pretrial motions will be heard, has been set for July 19, 2020. The first witnesses, including three of Netanyahu’s former close aides who agreed to testify against him and escape prosecution, are not expected to testify for months. The trial may last for a year or more and it could be several years before a verdict is announced. If the three-judge panel appointed to this case finds Netanyahu guilty, he can appeal the verdict at the Beit HaMishpat HaElyon, the Supreme Court of Israel. If he loses that appeal, he will be required to leave office and could face years in prison.

Only hours after his first court session, Netanyahu made it clear that he would under no circumstances agree to a plea bargain. He stated: “We’re not here to make deals, we’re here to bring the truth to light.” Whether or not Israelis buy Netanyahu’s claims of innocence and left-wing collusion, the trial at hand will be a test of the integrity of Israel’s democracy and the cohesion of its people. The opening of the trial itself was a moment of great intense national pride on one hand and a great shame for the fact that the state’s leader was going on trial at all.