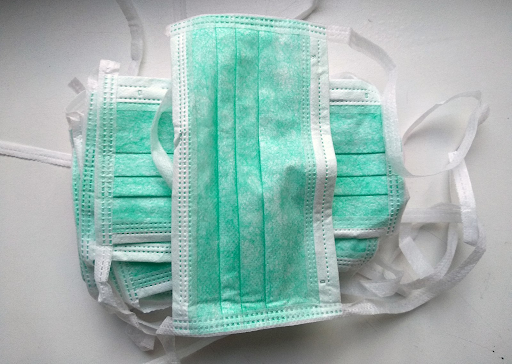 With some Native American communities in the United States struggling to cope with increasing numbers of COVID cases, a group of Irish citizens have taken the initiative to start a GoFundMe page to raise funds in support of Navajo and Hopi communities. What may appear to be a simple act of generosity in the face of hardship, in fact, has roots dating back centuries. These Irish citizens hope to return a memorable act of kindness shown by the Choctaw tribe during the devastating Irish potato famine. However, this trans-Atlantic and trans-generational act of humanity highlights a larger issue: Indigenous communities have been disproportionately affected by epidemics and diseases throughout history. The COVID-19 crisis has made it evident that this tragic legacy continues to persist in the 21st century.

Between 1845 to 1850, the West and South of Ireland experienced a devastating potato blight which demolished an important source of income and nourishment. Starvation raged rampant within these regions with the nationalist interpretation claiming that negligent landlords and a laissez-faire colonial government did little to mitigate the impact of the famine. Mass displacement and death ensued forcing a quarter of the population to flee Ireland while over a million people died. The impact of the Great Famine was not restricted to merely the loss of lives but also spurred cultural and social devastation which would remain branded into Irish folk memory.

While it remains unclear as to how the Choctaw tribe learned of the Irish famine, popular history claims that an Irish soldier in the United States had informed them of the events taking place in his homeland. Of course, in the mid-1800s, the Choctaw nation was all too familiar with mass displacement, cultural devastation and death as the Jackson administration had forced Native American communities to abandon their traditional territory located east of the Mississippi River. Commonly cited as the “Trail of Tears”, this historical event forced the Cherokee, Muscogee, Seminole, Chickasaw and Choctaw nations to relocate to designated Indian Territory in Oklahoma. Empathizing with the Irish population, in 1847 the Choctaw community had gathered its resources to send $170 to victims of the Irish famine, which would amount to nearly $5000 today.

Despite an ocean of separation between the two communities, this historic contribution indicates a shared understanding that both the Irish and Choctaw communities had suffered greatly under the oppressive forces of colonialism. Ireland has shown gratitude for this bond, commemorating it with a sculpture in county Cork entitled Kindred Spirits. Irish leaders have also paid visits to Oklahoma as a token of appreciation. Now that Native American nations are in need, a group of Irish individuals took the initiative to return the centuries-old favor. The GoFundMe page initiated by the individuals has now successfully raised over $4 million for the Navajo and Hopi tribes.

In the age of social media, this act of kindness has garnered the global attention of many non-Irish individuals who have also contributed to the donations. Yet buried under the Twitter trends and news coverage of this event is the reality that the Navajo and Hopi nations have been disproportionately affected by the COVID-19 pandemic. As of late May, five Native American nations have reported significantly higher infection rates than the general U.S. population. As of May 12, 2020, the average rate of positive cases among the general U.S. population was 400 per 100,000. Comparatively, the Navajo Nation had reported a rate of 1100 per 100,000. This follows the trend in which people of color and minority groups are disproportionately affected by cases of COVID-19 in the U.S.

An estimated 70 percent of the Native population in all of the Americas has been decimated due to disease since the arrival of Europeans. Previous historical analyses of indigenous communities and disease had adhered to the “virgin-soil epidemic” theory, which attributes the disproportionate rates of death to the fact that Native Americans did not have prior exposure, and thus immunity, to the diseases carried by Europeans. While this may have been the case upon first contact, contemporary historians have argued that the epidemics which repeatedly attacked the Native population centuries after first European contact are a testament to the social conditions created by colonialism that rendered Native American communities more vulnerable and unequipped to combat such diseases.

During the eighteenth and nineteenth centuries, the capturing, trading, and enslavement of Native Americans by the English colonial administration created cross-regional networks of contagion in the Southern United States. This facilitated the spread of diseases across communities while Indigenous immunity was already weakened by warfare. Similarly, policies pursued by the U.S., such as the forced relocation of Native Americans, also contributed to the spreading of diseases as thousands of Natives died while making the journey to their newly ascribed territory. However, while such policies have technically been repealed, why is it that Indigenous nations continue to face health disparities?

In recent decades, Native American nations have increasingly provided services that would otherwise be under the jurisdiction of the various levels of government, such as facilitating health clinics or providing child protection services. According to tribal governments, the inability to collect taxes at the same rate as local governments along with the fact that the virus shutdown has completely stifled economic activity on Native territory has meant that operating the required services has become an increasing challenge. Native American households are also 3.7 times more likely to have incomplete plumbing and access to clean water in addition to financial barriers to accessing hand sanitizers and masks. In addition to this, tribal governments were only able to secure a stimulus package from the U.S. Treasury after legal battles. Despite having been promised funds in April, they were only distributed six weeks later, thereby compounding the issue further.

The funds raised by the Irish population for the Navajo and Hopi communities will enable these communities to fund their immediate necessities such as clean water, masks, hand sanitizers, and more hospital beds. Yet the fact that the crisis in Native American communities is being highlighted from across the Atlantic while the U.S. population and government largely remain silent has fuelled concerns that systemic racism persists in current legislation with discriminatory effects.