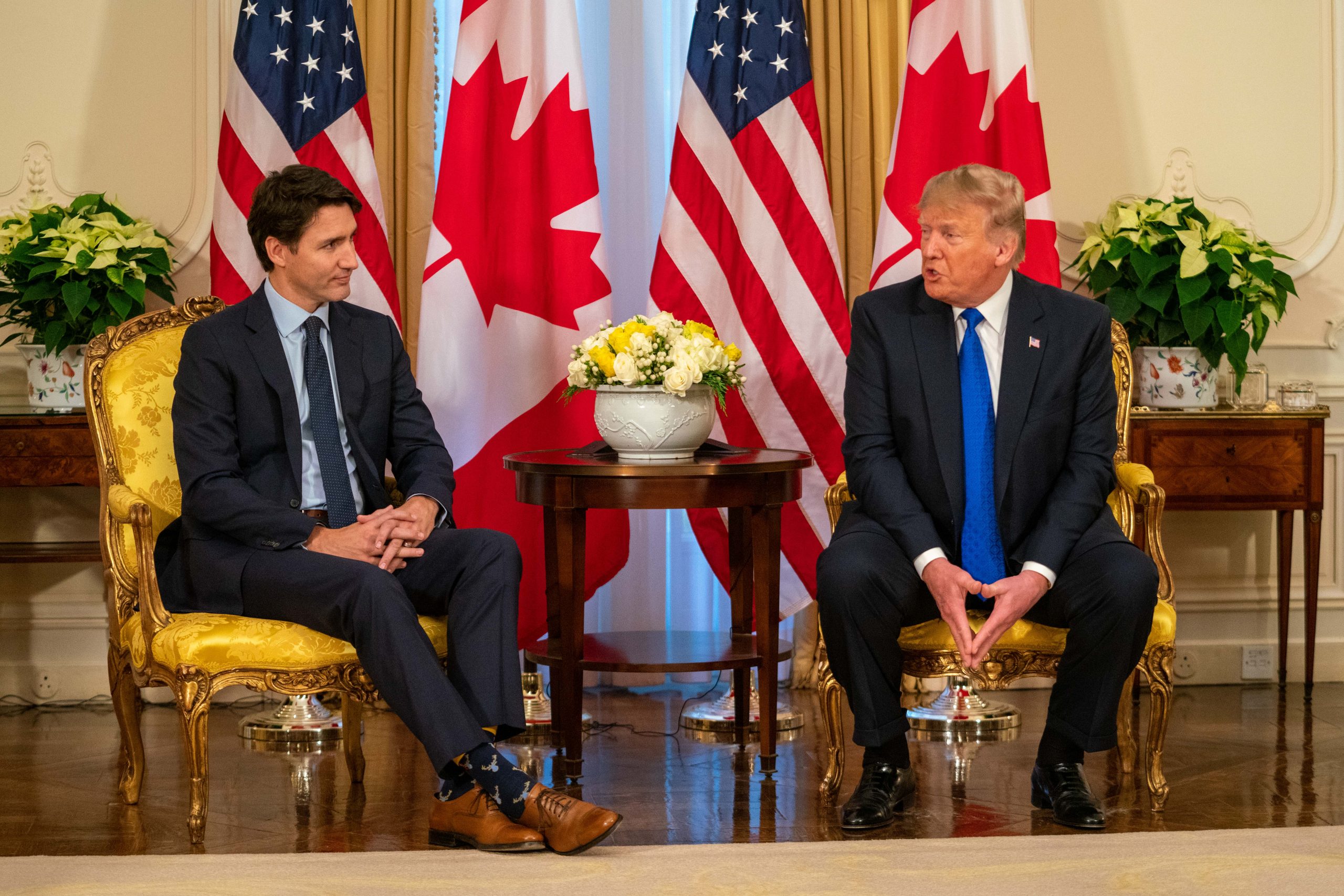 Police brutality, gun violence, and a pandemic… It is not hard to see the cookpot of 2020 boiling over, especially when it comes to Canada-U.S. relations.

Canada and the U.S. are tightly linked, economically, socially, and politically. Canada relies overwhelmingly on the U.S. for trade, with two-thirds of Canadian exports going to the United States. Furthermore, Canada’s security and defence is largely provided by the United States, and some critics suggest that this is due to the Canadian government’s unwillingness to spend the funds and procure the equipment needed for the Canadian Forces to do the job themselves. Meanwhile, Canada has long been the largest source of oil, natural gas, and electricity imports to the United States, and as a NATO ally, Canada is also the only country that directly contributes to the air defence of the continental United States through the North American Aerospace Defense Command (NORAD). Culturally too, we are closely tied; we share family members, digest much of the same media, use products, and articulate similar views and values.

The inextricable link between Canada and the U.S. makes standing up to “America the bully” rather complicated. While the Canadian government has criticized some of the U.S. administration’s decisions, Trudeau has upheld that his “chief responsibility is to protect the economic and social welfare of Canadians,” implying that “upsetting the American president could have real ramifications for Canada.” Unfortunately, many of the problems we are seeing in Canada could be considered spillover from the United States, and some believe that leaving them unaddressed might leave Canada in a precarious situation. As put by Justin Trudeau’s father, Pierre Trudeau: “Canada is a mouse in bed with an elephant,” and this elephant is seriously sick.

The border between Canada and the United States is closed to all but essential travel due to COVID-19. This has had a massive impact on the Canadian population; many are struggling to secure vital medical supplies manufactured in the United States, not to mention those who are experiencing immense economic damage due to the decline of Canada-U.S. travel-related transactions (totalling over $37 billion for Canada in 2018). At the same time, however, Trudeau flagged concerns that opening up borders to travel would make Canadians vulnerable, as our southern neighbours have taken a lax approach to fighting the disease and are still struggling to contain outbreaks within their own communities. The closed border may currently stand as a defence, but experts warn that “our closely integrated nature” may hinder Canada’s recovery from the disease.

One must also wonder if Canada is experiencing a spillover of gun violence from the United States. After the deadliest mass murder in Canadian history, where a gunman used two handguns and two semi-automatic rifles to kill 22 people, Justin Trudeau announced a ban on assault-style weapons in Canada. As noted by Lehman in her opinion piece titled Political Opportunism and Trudeau’s New Gun Regulations, while “many have celebrated the Trudeau administration for its so-called ‘prompt’ action,” some have brought attention to the fact that three of the four weapons have not actually been traced to origins within Canada, and therefore may have been “illegally obtained” through weapon smuggling at the border. This should not be of too much surprise since the U.S. is “the source of anywhere from 70 to 99 per cent of the guns” used in the commission of crimes within Canada according to data supplied to CBC. This suggests that gun violence in Canada is potentially a largely U.S.-imported problem, as some critics argue that Trudeau’s ban “would likely not have prevented the tragedy […] and is useless without aggressive action at the border to prevent weapons smuggling.”

In addition, in the wake of George Floyd’s murder, Canadians are “watching U.S. unrest and police violence in shock and horror” as protests that have rocked the U.S. begin to emerge in Canada. While Canadian police are supposedly “taught to almost never fire their guns,” Canadians and Americans unfortunately share a more similar policing style than many would like to admit, and a lack of training, screening, and accountability across both countries is what has left so many innocent Black Americans and Canadians dead. Although Trudeau took a knee at an anti-Black racism protest in Ottawa, he also remained silent for twenty-one seconds after being asked to respond to the troubling situation in America, and instead avoided criticizing the American administration despite their poor handling of the protests.

Previous prime ministers, on the other hand, have stood up for Canadian values, even when it has “ruffled presidential feathers,” notes Peter Donolo of the Globe and Mail. For example, Lester B. Pearson spoke out against President Lyndon B. Johnson and his handling of the Vietnam War in 1965, and in 2003, Jean Chrétien kept Canada out of George W. Bush’s Iraq invasion, much to the resentment of the American administration and the vocal pro-U.S. lobby in Canada. The fact that Trudeau is hesitant to publicly condemn the president for fear of adverse consequences (due to the countries’ close relationship) sheds a disturbing light on Canada’s ability to stand up to injustice in other countries and ultimately has the potential to normalize the lack of leadership and accountability that is being demonstrated in America right now.

All of these events of 2020 have come to show that Canada is caught between a rock and a hard place. Ultimately, we are constrained by the fact that anti-Trump rhetoric coming from the Canadian government might be taken as anti-American sentiment coming from the Canadian population. Furthermore, Trump’s behaviour is making it precarious for Western leaders like Trudeau to criticize other countries with dictatorial regimes and human rights violations, as it would be hypocritical to not criticize our American neighbours on our own doorstep.

At the end of the day, the United States is not alone in its shortcomings.  Irrespective of the spillover, people are still spreading COVID-19 in Canada, people are still misusing guns in Canada, anti-Black racism is still happening in Canada. We might do well to look upon what is happening in the U.S. as a reminder of what can happen when a country ignores its weaknesses, and take it as an opportunity to face up to our own policy blindspots as well.

Featured image by the United States Department of State and obtained via Wikimedia Commons.