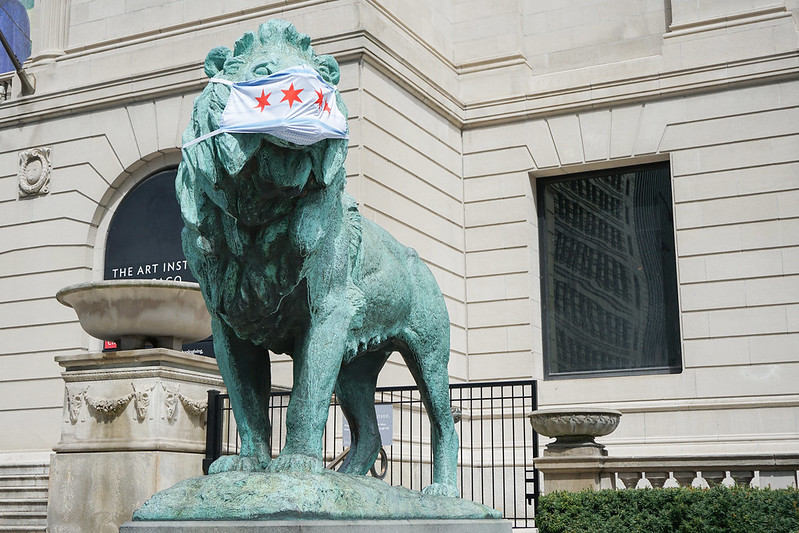 Just over a year ago, Chicago swore in its first Black woman, and first openly gay mayor, Lori Lightfoot. Lightfoot, a former federal prosecutor, and political outsider, ran a campaign of “fairness and inclusion” for the third-largest city in America. Her opposition, on the other hand, painted her as complicit in police-involved shootings and a racist criminal justice system, especially during her time as city Police Board president.

After Lightfoot won in a landslide victory, however, her controversial history was overshadowed by praise for the cities’ apparent progressive nature as demonstrated by the voters’ ability to embrace a candidate that did not fit into political norms. To be sure, Lightfoot’s rise to power and electoral victory was an important feat that deserved to be celebrated. However, the tumultuous last few weeks in Chicago and across the US have demonstrated the ongoing reality of systemic racism in one of the country’s most progressive cities that cannot be remedied by a single elected official.

Chicago has not been exempt from the widespread surge of protests and uprisings across the US beginning on May 29th. During the first few days of unrest, the Chicago Police Department (CPD) made over 1,100 arrests. New data released by the CPD shows that the vast majority of arrests made were for protest-related charges rather than looting-related crimes, contradicting previous claims by the CPD.

Many criticized Lightfoot for “trapping” protestors and using unfair police tactics under the guise of safety and protection of property. For example, during the first weekend of unrest all but one of the cities seven drawbridges were lifted in an effort to limit the mobility of protestors in and out of the downtown area and a 9pm curfew was announced at a press conference, giving protestors less than 45 minutes to travel home.

Lightfoot’s responses to civil disobedience have left many on-the-ground organizers frustrated and unsatisfied. Furthermore, while nearby cities such as Milwaukee and Minneapolis have made meaningful strides towards re-allocating funds away from law enforcement and into community needs such as housing and mental health services, Chicago’s reforms have also left much to be desired. Amika Tendaji, a local activist and organizer, posited that “…without continued extreme pressure, I do not think Lightfoot is going to back down.”

Protestors’ cries to defund the police and instead dedicate these funds to institutions that are designed to serve BIPOC have not been heard. Rather, Lightfoot announced new, “better” training programs, wellness services for officers, and a new recruit education initiative focused on police-community relations and community policing amongst other things. These reforms do not address the fundamental claim that tens of thousands of Chicagoans have marched in support of: that the racist foundations of law enforcement in the United States must be deconstructed completely before they can be built up.

Maintaining the Status Quo as a Progressive Politician

Class and financial status are an integral piece of the status quo that so many progressive candidates are upholding despite calls for change. While politicians may paint themselves as champions of equity and social justice, their lack of progressive economic, health, and climate policies demonstrate ignorance towards the intersectional nature of issues such as police brutality and racism.

For example, Lightfoot exemplifies this dilemma as she has green-lighted controversial, and distracting, projects such as the $6 billion Lincoln Yards retail and housing development project while many of the cities’ Black residents struggle to find affordable housing and face a public school system declining in quality.

Lincoln Yards would use $1.3 billion collected through Chicago’s unique tax increment financing (TIF) system that was originally intended to serve “blighted” areas. While TIF was intended to close the gap between communities of color and intergenerationally generated white wealth, the development project diverts this funding away from Chicago Public Schools and other critical public institutions in favor of building an obtrusive complex in a predominantly white, affluent area.

Thus, it is evident that the election of a woman of color should not and cannot be expected to immediately solve systemic issues of racism and classism. Just as the election of former President Barack Obama did not usher in a post-racial America, the election of Lori Lightfoot has not brought about the systemic change needed to protect Black lives and livelihoods. Additionally, white acknowledgment of personal complicity and privilege as well as reliance on token elected officials will only serve to quell white guilt rather than satisfy the cries of organizing leaders on the ground.

Instead, progressives should heed the words of Mariame Kaba, an activist and organizer against criminalization, and critically examine the so-called “reforms” that congressional Democrats have been churning out for the last few weeks. For example, Joe Biden recently proposed a $300 million dollar addition to police department funding in an effort to quell police misconduct despite widespread calls for more substantive re-allocation of police funds.

In a recent New York Times opinion piece, Keeanga-Yamahtta Taylor, an American academic, activist, and writer, argued that disparities between leaders of the Congressional Black Caucus (amongst others) and organizers on the ground signify the limitations of “progressive” representation in mainstream political spheres.

All this is not to say that Lightfoot and other progressive politicians are blind to the issues at hand. Importantly, Taylor makes clear that representation in politics is still very important; however, she draws attention to the fact that representation by politicians such as Lori Lightfoot, is not a comforting, catch-all solution for the complex, intersectional, and deadly problem of anti-Black racism in America.