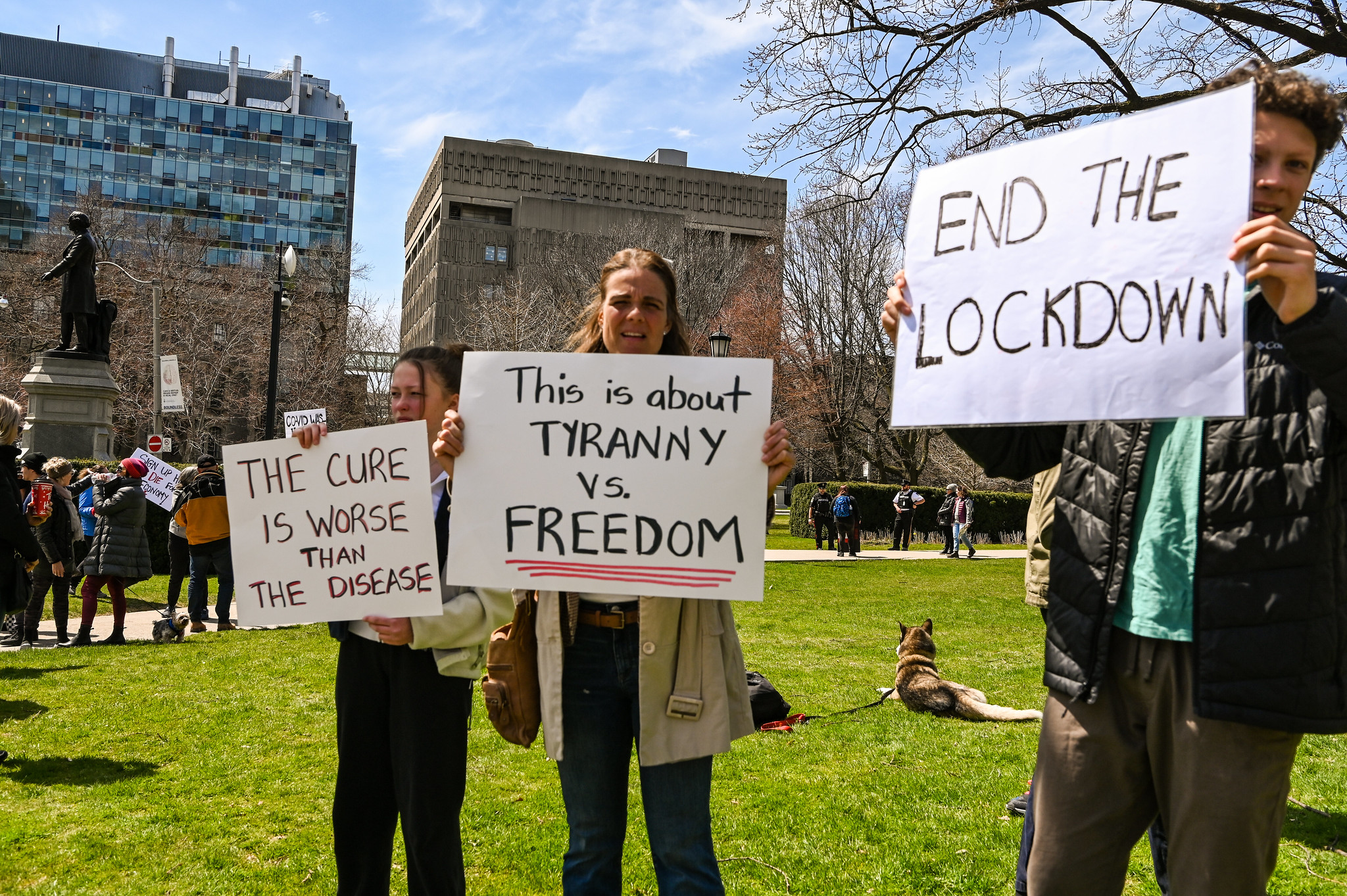 Global response to COVID-19 has indicated a failure on the part of many individuals to understand the importance of sacrifice in times of crisis as a fundamental aspect of citizenship. Since the societies of antiquity, we have witnessed a massive transformation in the ideals of citizenship, embodied in a shift in focus from the collective to the individual which has left us unmoored.

From the young and healthy, those deemed to have the lowest risk of suffering serious consequences from the virus, there has been a concerningly blasé attitude towards COVID-19. They wonder why they should care about a disease that is so much less likely to affect them, why they should let it impact their lives in the way that it has, why everyone is making such a big deal of it all. It is a stark contrast from previous generations, who when faced with a global crisis, understood that in times like these, the needs of the many far outweigh those of the few. The Greatest Generation is perhaps best defined by their sacrifices and by how they banded together during WWII. The nature of today’s crisis is, of course, very different from that one, but the striking change in attitudes is still worthy of examination.

When quarantine measures began in March, Governor Gavin Newsom of California said: “There’s a social contract here. People… recognize the need to do more and meet this moment.” Though the actions of many call into question the latter half of the statement, there is undoubtedly a social contract which contains a duty to care for other citizens.

Such a concept, though not properly expounded until the works of more modern political philosophers such as Thomas Hobbes and John Locke, draws its roots from the societies of antiquity. The republican, classically Greek, model of citizenship centres around active political participation, and implies duty more than it implies right: duty to one’s government and to one’s fellow citizens above personal wants. This preference derives from the concept of civic self-rule and the idea of a citizen as one who is ruled and can rule in return; thus, every citizen has a duty to others as political participants.

In contrast, according to many modern conceptions of citizenship, citizens are essentially solely self-interested. The liberal tradition considers citizenship to be merely a legal status rather than a role with obligations and is much more focused around the exercise of political liberty within private spheres than within public, political ones.

While such a focus is not inherently negative, acting against the republican tradition of collectivism in favor of individualism can undoubtedly be harmful for society. Such a trend is what we are witnessing today: many people tending towards more liberal conceptions of citizenship in that they fail to understand the necessity of taking COVID-19 seriously for the sake of vulnerable populations, instead caring only about the ways in which quarantine and other measures negatively impact their own personal lives.

Before this shift, the collective conception of citizenship relied on small societies and an understanding that politics and society were fundamentally the same. Around the time of the Enlightenment, when people began to view political and social spheres as distinct, the concept of duty to society and government diminished, and a focus on individualism began to dominate. This focus has only become more relevant as around the world, individualism is on the rise. More and more, we are witnessing a trend of people feeling entitled to political rights, but being unwilling to accept the obligations that arise along with them — obligation first and foremost to our fellow citizens.

The fact of the matter is that social distancing and flattening the curve are not as important for young and healthy individuals, as most people in that group will not face serious consequences from contracting the virus. However, they are still more likely to be infected if adequate precautions are not taken, and with the incubation period being anywhere up to two weeks, social distancing ensures that people will not infect anyone else before they know they are sick.

For vulnerable groups like the immunocompromised and the elderly, who rely on others to avoid getting sick and transmitting the disease to them, these measures are vitally important. They also ensure that hospitals aren’t overwhelmed by an influx of patients in a short period of time and that fewer people die needlessly from a lack of medical resources. Yet, a focus on individual wants can sometimes override empathy in this matter.

It is worth considering whether it is in fact individuals who have become more selfish, or if it is certain governments that have become less capable or less willing to force compliance. Two of the countries that have been most praised for their quick and effective response to coronavirus, Taiwan and South Korea, have in part relied upon invasions of privacy, including intrusive tracking apps and an extensive electronic healthcare data system, and forcing citizens to remain quarantined in order to prevent the spread of the disease.

Yet, even if successful handling of the coronavirus can be attributed to government intervention, the culture which contributed to this willingness to sacrifice individual desires for society cannot be ignored. This can be contrasted with the United States, where the crisis response has been bungled at every turn and where large swathes of people have called for opening up despite skyrocketing cases, in a culture that is decidedly self-centred.

According to a 2015 study from the Journal of Personality and Social Psychology, Americans are perceived by themselves and others as narcissistic, even to the point of clinical diagnosis. Such an extreme focus on the self can be traced back to the beginnings of American democracy and the development of individualism as a distinctly Darwinian ideal rather than a universal one. American culture, by Alexis de Tocqueville’s account, is thus permeated by a selfishness that saps public virtue.

While Americans are certainly not the only individuals who have failed to meet the moment of COVID-19, it is in their country that the loss of duty and collectivism in citizenship is most keenly felt.

It is deeply concerning that in an era of greater connection than ever before, as well as greater ability to travel long distances and bridge barriers, duty to self has so clearly overridden duty to others. For the sake of all, current generations must question what citizenship means to them, what obligations it entails and whether the current trend of self-centeredness is truly sustainable.

Featured image by Michael Swan and obtained via Flickr under a CC0 1.0 license.