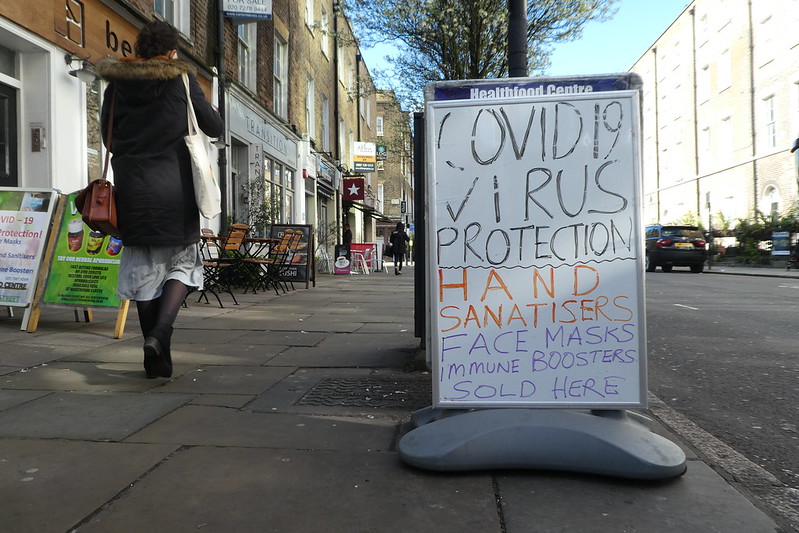 As a decentralized federal state, the United States lacks a powerful and unified public health infrastructure, creating what has amounted to a fragmented and ineffective response to the coronavirus pandemic. To make matters worse, in a steep political miscalculation, President Trump and other Republican politicians downplayed the virus’s threat in the critical first weeks of the outbreak and discouraged the wearing of masks for cultural and political reasons. However, with or without its weak collective response, America may have been doomed from the start. Due in part to a lack of working class-centric policies, the United States lies uniquely vulnerable to experiencing the virus’s worst-case scenario.

The current US healthcare system exists as a patchwork of coexisting frameworks rather than a coherent system. Most Americans pay to be insured by private companies, while the remainder of the US population is either uninsured or enrolled in a government plan. Regardless of the ideological debate regarding the role of government, a progressive single-payer health care system would have put the US in a better position to “flatten the curve” and prevent a tsunami of hospitalizations.

Routine medical procedures carry steep price tags, including the kit needed to test for coronavirus. While Congress guaranteed free coronavirus testing for all in a federal relief measure in March, this provision completely ignores the reality that many coronavirus patients will subsequently need to see a doctor or be forced into long-term hospitalizations. For the uninsured, in America’s excessively expensive healthcare system, these hospitalizations have unsurprisingly begun to plunge patients into staggering medical debt. While Medicare insures those above the age of 65, the expensive holes in American healthcare coverage incentivizes millions of vulnerable and uninsured or underinsured older Americans under 65 to delay seeking treatment in an effort to limit the size of their medical bills. This has, and will, exacerbate the virus’s spread, as these individuals will most likely spread the virus to others in their surroundings as long as they remain outside of an isolated healthcare facility.

To make matters worse, the US has entered a recession of historic proportions, yielding an unemployment rate higher than that of the Great Recession. In fact, not since the Great Depression have so many Americans lost their jobs in so little time, a stark reality that has led to the unraveling of the US employer-based healthcare system. With millions losing their jobs and the accompanying health insurance, thousands of Americans are joining America’s chronically uninsured population. The lack of coverage, accompanied by the costs of COVID-19 testing and treatment may result in the decision to stay out of medical facilities. With a single payer healthcare system, these individuals would be covered regardless of their employment status or income level, making fighting the virus a much easier task.

American populists on the left and right have called for overhauling US trade policy in an attempt to bring manufacturing jobs back to the American working class. In the 1990s, as corporate-friendly “New Democrats” and congressional Republicans enacted sweeping free-trade agreements such as NAFTA, already profitable corporations looking to cut costs moved entire supply chains overseas, Along with them went millions of well-paid, unionized jobs, resulting in unprecedented devastation for blue-collar America. As factories across America shuttered, workers were forced into the service industry, where pay is low and collective bargaining rare. Although President Trump’s renegotiated NAFTA deal and “trade war” with China attempted to address this situation, they have thus far failed to prevent and reverse the hollowing out of American manufacturing. Reinstating domestic manufacturing would have helped address shortages of critical medical supplies and personal protective equipment, an issue public health experts say has made it more difficult to treat and prevent the virus.

Unfortunately, such shortages have occurred. Hospitals across the US in recent months have highlighted a severe shortage of critical medical supplies, including protective gear, masks, and ventilators. Many deaths among low-income patients in cash-strapped community hospitals have been attributed to old or poor-quality ventilators brought out of storage to meet increased patient demand. Further, many nurses and doctors have reported either reusing potentially contaminated protective equipment or resorting to substandard gear due to scarcity, putting the nation’s fight against coronavirus at risk by potentially sickening doctors already in short supply.

As a result of these shortages of medical supplies, Anthony Fauci and other public health officials intentionally fed incorrect information to the public to prevent hoarding, assuring citizens that face masks would not protect against the spread of coronavirus. While an exacerbated shortage of face masks would no doubt force healthcare workers to do without and public health experts were still deliberating the efficacy of face coverings, misleading the public likely worsened the virus’s death toll during the outbreak’s initial devastating weeks as millions confidently went about their business without any face coverings.

This mask shortage and the resultant decision by otherwise highly respected public health experts to downplay the benefits of facial coverings can be partially attributed to the presence of many US supply chains abroad, especially in severely affected countries such as China, which largely shut down their economies. With the remaining supplies being fought over by foreign nations and individual US states, America would be well served by having a pre-existing domestic manufacturing base capable of assembling critical medical supplies. Indeed, the federal government is utilizing the Defense Production Act to force companies such as General Motors to produce ventilators. Unfortunately, this will have a limited impact as long as the US declines to repatriate supply chains. In the meantime, US coronavirus cases are peaking in the South and Southwest.

These policies do not provide a silver bullet for ending the current crisis or preventing a future pandemic. However, with policies in place to ensure universal healthcare access, America can expect to slow the spread of future viruses. Furthermore, with fair trade policies that prioritize manufacturing over corporate profits, America can rest assured that it may avoid the shortages of critical medical supplies more common in the developing world than Ivy League medical centers.