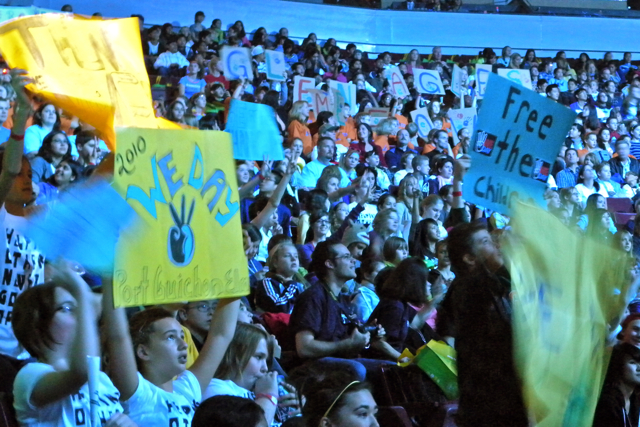 Amidst the third ethics scandal in his five years of leadership, Justin Trudeau has once again been put in the hot seat for his role in the WE Charity scandal. The circumstances surrounding the situation bring to light an interesting debate over the role of partisanship in our state institutions, and oblige a reflection on the tenants of plurality offered in Tocqueville and Montesquieu’s political theories on democracy.

In June, Trudeau announced that his government would be giving up to $43.5 million to the WE charity to run a $900-million Canada Student Service Grant program. The program would connect post-secondary students to ‘volunteer’ opportunities — for which they would later receive a grant — to make up for lost summer job opportunities in the wake of the pandemic. Trudeau said the non-partisan public service made the recommendation and that the government accepted it, claiming that the public service “came back with only one organization that was capable of networking and organizing and delivering the program on the scale that we needed it, and that was the WE program.” What Trudeau failed to announce, however, were his personal and financial ties with the organization.

Prime Minister Trudeau has been a featured speaker at six WE Day events since becoming prime minister. His wife, Sophie, also hosts a podcast for the group, and has attended seven WE events, along with the Prime Minister’s mother and brother — all of whom were reimbursed over $100,000 in total for their various appearances. Liberal Finance Minister Bill Morneau has also been caught up in the affair as a result of his familial ties to the organization, as WE paid $41,000 for he and his family to take a trip to view the charity’s humanitarian projects in Ecuador and Kenya in 2017. He has since announced his resignation and revealed that he has now cut a cheque to pay the charity back for covering these expenses. In addition, the charity’s co-founders have been financial supporters of both the Federal and Ontario Provincial Liberal parties, as Craig Kielburger donated $1,200 to Mr. Trudeau’s leadership bid in 2012 and his brother Marc Kielburger donated $350 to the Liberal Party in 2008. WE has also produced slick, campaign-style videos championing the prime minister and by extension, the liberal government.

These numerous conflicts of interest certainly seem to point to the possibility of a liberal party attempt to buy political influence. If this is the case, what does this say about the health of our democracy?

Toqueville and Montesquieu’s Views of Democracy

Good democracies are supposed to be plural ones, at least according to Toqueville and Montesquieu. In “Democracy in America,” Toqueville advocates for the decentralization of power in order to limit the powers of the democratic majority, and he champions the idea that citizens holding different political values, views, and interests should live and govern society together [1]. Similarly, Montesquieu’s “Spirit of the Laws” and “Persian Letters” produce a pluralist discourse for understanding the importance of political diversity in state institutions. Montesquieu condemns despotism and absolutism, whilst arguing for a separation of the legislative, executive, and judicial powers in order to protect the liberty of citizens [2]. Both Toqueville and Montesquieu support the construction or reform of pluralistic social institutions in order to reflect and balance competing principles, and encourage members of society to accommodate their differences by attempting to understand multiple values, and recognize differing values as legitimate.

These pluralistic philosophies ultimately champion the idea that diversity is needed within a political body in order to permit the peaceful coexistence of different beliefs, values, and lifestyles. If a singular party is able to gain influence over the organs of state which are meant to be non-partisan, such as the liberal party’s influence over the public service in this case, then democratic pluralism is at risk.

The fact that the charity has blatantly disregarded the Canadian Revenue Agency’s policy prohibiting charities from “any involvement with partisan political activity that involves direct or indirect support of a political party or candidate” is only the beginning of the problem. Through its association with the WE charity, the Liberal Party has not only politicized a charitable institution, it has also exerted partisan influence upon our educational system as well.

According to the Toronto Sun, 7,000 schools and groups are actively engaged in WE Schools, with school boards such as the Toronto District School Board (TDSB) permitting the WE Charity to hold assemblies, create in-school clubs, produce what WE describes as a “comprehensive curriculum,” and sponsor trips to WE Day. WE Day itself, as noted by Washington Post columnist J.J McCullough, who attended several WE Day rallies in 2018, noted that the event, “geared toward grade-school children, bore the prerequisite veneer of youthful populism yet felt more like a venue for allies of the government to push their vision of the proper order of things on the next generation.” The speaker line-up seemed to be “almost explicitly designed to aggravate anyone not aligned with the natural governing party” and “debatable liberal doctrines” were “casually presented as self-evidently correct; the kids cheered supportively.”

The sum of these things lead to a politically skewed educational system with a partisan curriculum that teaches children to accept a set of certain beliefs, uncritically. This is not supposed to happen; school curriculums should allow students to learn without having certain political values and party rhetoric forced down their throats.

If we truly care about diversity of opinions, ideas, and perspectives in Canada, we need to hold WE accountable for failing to be nonpartisan, and we need to rethink the contracts between charities like WE and our elementary and secondary schools, in order to ensure that our educational institutions remain non-partisan as well.

While the organization certainly does provide children with inspiring events and great motivational speeches, we need to think critically about the political messages WE is sending, and the impressionable minds they are influencing across the country. For our democracy to be a successful one, it needs to be plural and decentralized, with our non-partisan state organs holding proper checks and balances on those holding power.

The WE charity scandal ultimately goes to show how timeless Democracy in America and Spirit of the Laws really are, as Tocqueville and Montesquieu’s warnings about centralization are more relevant today than ever.

Featured image by Rebecca Bollwitt and obtained via Flickr under a CC BY-NC-SA 2.0 license.