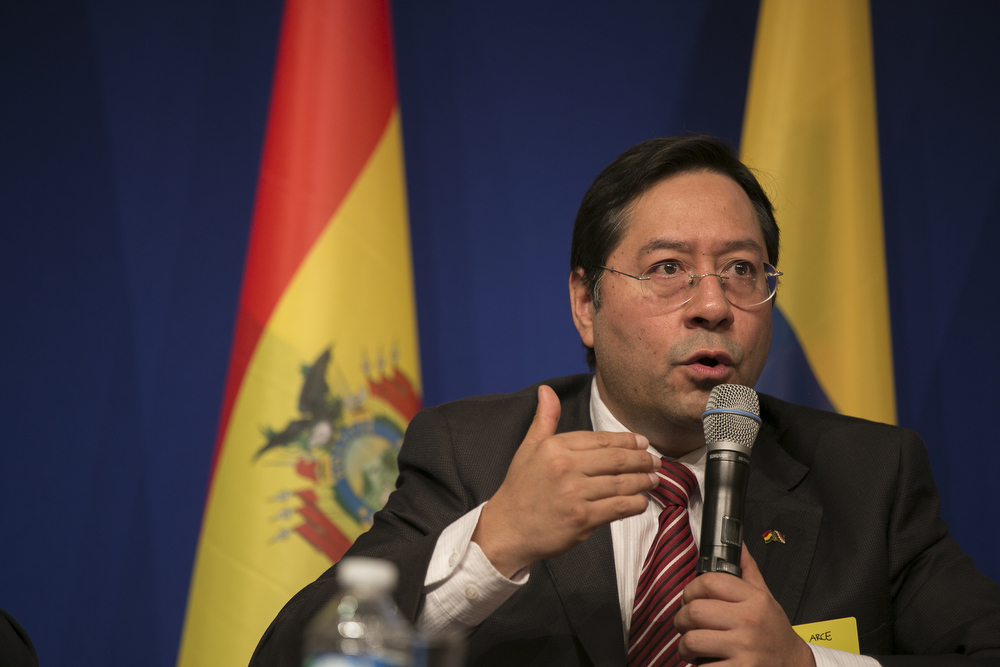 Almost one year after Bolivian president Evo Morales was ousted from power following accusations of electoral fraud, Bolivians overwhelmingly elected Luis Arce to the presidency. Handpicked by Morales as his successor, Arce led the MAS (Movement Towards Socialism) party to victory on October 18, winning more than 55 percent of the vote share in a multi-party race. The MAS’ victory has been widely celebrated on an international scale as a just reinstitution of democratic legitimacy after the ousting of Morales from power. Despite this, the result of the election brings with it new doubts about the future of Bolivia under Arce and, notably, what role Evo Morales will play in it.

Arce served as Minister of Economy and Public Finance under Morales for over a decade, overseeing Bolivia’s economy during the commodities boom that rapidly expanded the nation’s economy. He commanded the ministry throughout the nationalization of industries, such as hydrocarbon, and the reduction of extreme poverty.

Arce’s resounding victory has been attributed to several factors, not least of which is the deepening of Bolivia’s economic crisis as a result of the COVID-19 pandemic. The intensification of this crisis, which largely coincided with Jeanine Áñez’ interim government, was profoundly felt by Bolivians; Arce’s association with Bolivian economic prosperity almost certainly played in his favor.

Another notable factor in the MAS’ election was the striking unpopularity of Áñez’ transitional government  — in addition to the dramatic economic downturn, Áñez’ leadership oversaw a spike in anti-Indigenous racism, widespread political repression, the persecution of Morales’ political allies, and the silencing of the press. Áñez lacked popular support to the extent that, after slipping to fourth place in major pre-election polls, she dropped out of the presidential race.

Arce has taken a notably conciliatory tone, claiming to seek to unify a deeply polarized Bolivia after Morales’ divisiveness and the right-wing transitional government’s repression. Pablo Solón, Morales’ former ambassador to the United Nations who has publicly disagreed with Morales’ support of the TIPNIS road, a plan for the construction of a road through a protected and ecologically important indigenous reserve, recently expressed concerns about the feasibility of a truly post-Morales leadership of the MAS under Arce.

After all, fourteen years of rule by Morales brought on the absorption of most forms of popular organization into the institutions of the government through the distribution of offices and power quotas for movement leaders. In particular, Solón sees the lack of autonomy of Bolivia’s social movements as a hindrance to the democratic process, claiming that Morales’ patronage politics will pose a significant obstacle for Arce’s government to overcome. Solón warns of the endurance of these patronage links, identifying the reinvigoration of autonomous social movements as key to a new future of the MAS without “Evo’s vertical grip on social organizations.”

The resounding victory of the MAS could be easily interpreted as proof of Bolivian society’s disapproval of Morales’ ousting from power, but an important factor in the MAS’ victory may have been the change in its leadership itself. The origins of the MAS party deviate from the personalistic populism of former president of Venezuela Hugo Chávez and former president of Ecuador Rafael Correa, but the nature of the party’s leadership changed in the last years of Morales’ leadership.

Despite the mass support and popularity for Morales during his initial presidential terms, support for Morales eroded in his last term due to increasingly authoritarian practices and corruption scandals. Importantly, Morales ignored a 2016 referendum which rejected a constitutional modification that would allow him to run for a fourth term, choosing to run yet again. A natural comparison to Venezuela’s steady descent into authoritarianism and political crisis hangs over the popular imagination in Latin America, and it has prompted concern within much of Bolivia’s population.

With Morales’ leadership out of the picture, the October election saw an eight percent increase in the total share of votes for the MAS. This support demonstrates that the success of the MAS is not dependent on a personalistic leader at its head. Arce’s willingness to transition the MAS towards a new future offered an alluring alternative to voters who remained loyal to the MAS despite disagreeing with Morales’ unrelenting grip on power. Arce has openly stated that Morales will have no role in his government. If this leadership change was a decisive factor in the victory of the MAS, Arce’s ability to separate his presidency from Morales’ influence could define the future of the MAS in Bolivia.

Nonetheless, there are indications of change. This past year of repressive, conservative leadership in Bolivia, alongside the deepening of the economic crisis in Bolivia may have been a catalyst for a strengthening of social mobilization, possibly suggesting that the future autonomy of social movements may prevail. For example, this year saw the organization of a national strike against the postponement of elections in Bolivia by the Bolivian Workers’ Center and an alliance of various social movements.

Despite the COVID-19 pandemic, the October election saw a massive turnout of 88 percent of the population and a peaceful transition of power, indicating a victory for Bolivia’s democratic institutions. Arce will, undoubtedly, meet great challenges in addressing the economic crisis — he has already proposed a wealth tax to this intent. The next few months will be crucial in determining if Arce can truly lead the MAS into a new post-Morales era. Most importantly, this will be a defining time for Bolivia’s economic trajectory and the future of the country’s democratic institutions.

Featured image by Julien Daniel and obtained via Wikimedia under a CC BY-SA 2.0 license.