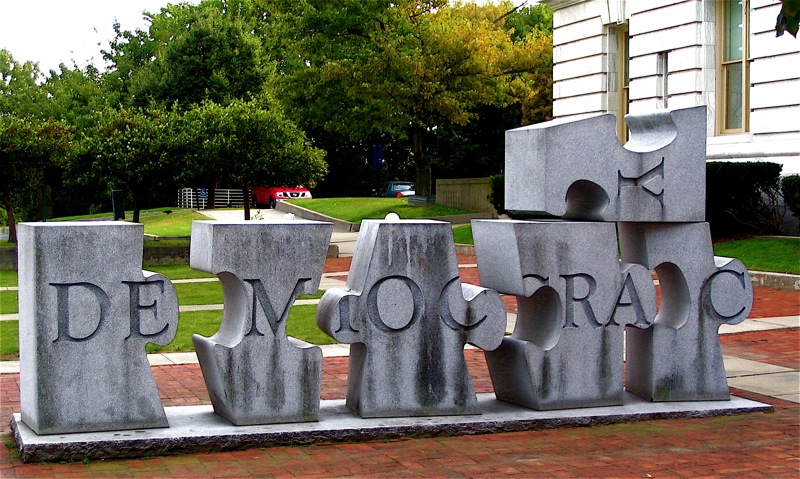 The question of government responsiveness stands at the heart of political ideals that have been set out in liberal democratic constitutions globally. In fact, the Greek translation for the word “democracy” means rule of the people, inferring that governments should be structured to reflect the popular will.  However, if one considers modern democracies where representative chambers of bureaucrats control the bulk of policy-making, this principle of responsiveness may be insufficiently institutionalized. With the exception of Switzerland, where several referenda are held annually to ensure a direct relationship between legislators and citizens relating to international and constitutional concerns, the overwhelming majority of liberal democracies fail to uphold a regime where citizens vote on how to erect specific policies.

While Switzerland may be a global leader with regard to democratic responsiveness, there is still room for popular opinion to play an even larger role in Swiss civil law. For when government by the people is understood absolutely, the statement infers that all sectors, not just international and constitutional sectors of governance, must be ratified and institutionalized by the people. How, then, might governments erect an institutional arrangement which attempts to uphold the democratic definition of government by the people, and one that ultimately surpasses the responsiveness seen even in the Swiss system?

Political theorist Phillip Pettit outlines a mechanism that seeks to maximize the potential for realizing the citizenry’s declared interests. [1] Pettit proposes to modify the  policy-making process in order to increase participation of the citizenry in democratic decision-making. In doing so, his theory arguably mitigates many of the obstacles that are placed in front of realizing an ideal democracy.

Pettit’s mechanism for democratic governance is built upon an idea coined by Daniel Dennet called the Generate and Test Heuristic (GTH). [2] Dennet proposes for there to be a two-dimensional structure embedded within the policy-making process. First, certain policies are generated from the public to ensure that all potential policies that might represent the interests of the public get a hearing. [3] This would entail a forum for individuals to propose policies where all other members of a given populace may see such a proposal and vote on the proposal.

The second mechanism, as Pettit argues, subjects policies to a “rigorous testing and filtering process”. [4] In other words, citizens would have the opportunity to contest existing policies that had been implemented during the initial generating process. In accordance with such a mechanism, if certain policies were found not to align with popular interests, citizen grievances could be aired, and policy reconfigured if such grievances were found to be popularly held. [5]

Within this general framework, it is hard to conceive of any existing representation-based legislature which embodies such standards. Using the United States as an example, its electoral mechanisms make problematic exclusions regarding which individuals should be able to vote on and decide how policies are implemented at the municipal, state, and federal levels. This exclusion of the citizenry in political decision-making is also visible when considering that politicians influence bills, vote on those bills, and institutionalize them as policy without consultation nor policy recommendation from the general population. Evidently, an entire restructuring of the internal legislative powers of American democracy would have to occur in order for them to begin to resemble Pettit’s GTH ideal.

However, it is not only the internal functioning of representative legislatures that would have to be reformed in order to produce a culture that upholds responsive ideals. Continuing with the US as an example, there would have to be a mass restructuring of campaign financiers and political parties in order for the US to realize its democratic ideals. In terms of lobbyists, there are currently many corporate interests which directly oppose the needs of the citizenry. An example often used is the collection of political action committees (PACs), some of which represent pharmaceutical interests that have successfully restricted citizen access to biosimilar alternative medicines (cheaper alternatives to existing brand-name drugs) in 45 states. In the past year alone, these PACs have spent a collective $6,767,168 USD lobbying both Democratic and Republican legislators. While it is illegal for PACs to state such an exchange directly, the money that these pharmaceutical interests are spending on candidate campaigns nonetheless ensures that individual access to cheaper medicines, which they would conceivably prefer, is being inhibited.

While the issue of campaign finance is particularly salient with respect to responsive governance in the United States, political parties, a more defining component of liberal democracies may also conceivably influence the degree to which policy reflects voter influence. In terms of the GTH, it is possible that political parties might exist within the context of such a policy-making process. However, in a scenario where ideological or mass-based parties exist, there remains an incentive for legislators to vote on policies that reflect their party’s interests rather than their own — also referred to as toeing the party line. Additionally, if a GTH-like system were to exist alongside the existence of political parties, these parties may manufacture the interests of certain individuals through their very organization. If parties were not to exist, then individuals could weigh their avowable interests against their own decision-making rather than the decisions that have already been made for them by party elites.

Nevertheless, the editorial process of the GTH proposes a framework that may decrease the potential for party elites to influence policy-making. However, to fully overcome the ways in which party elites inform the public may also require that parties be abolished. This being said, understanding the spread of information without parties is nearly inconceivable as single party democracies have yet to mobilize popular opinion.

Pettit’s theory therefore stands as a helpful tool for furthering democratic responsiveness. While the democratic obstacles such as parties and interest group lobbying might not be wholly accounted for in his theory, imagining democracy without such instruments is conceptually difficult and may hold a trade-off concerning how a given populace is invigorated and mobilized to participate democratically.

Featured image obtained via Flikr under a CC BY-NCSA 2.0 License

[2)Dennet, D. Kinds of Minds: Towards an Understanding of Consciousness. London. Weidenfield and Nicholsin. 1996